Edgar Berlanga wants Benavides, Canelo: “That’s where the money is at. We are going the Floyd route” 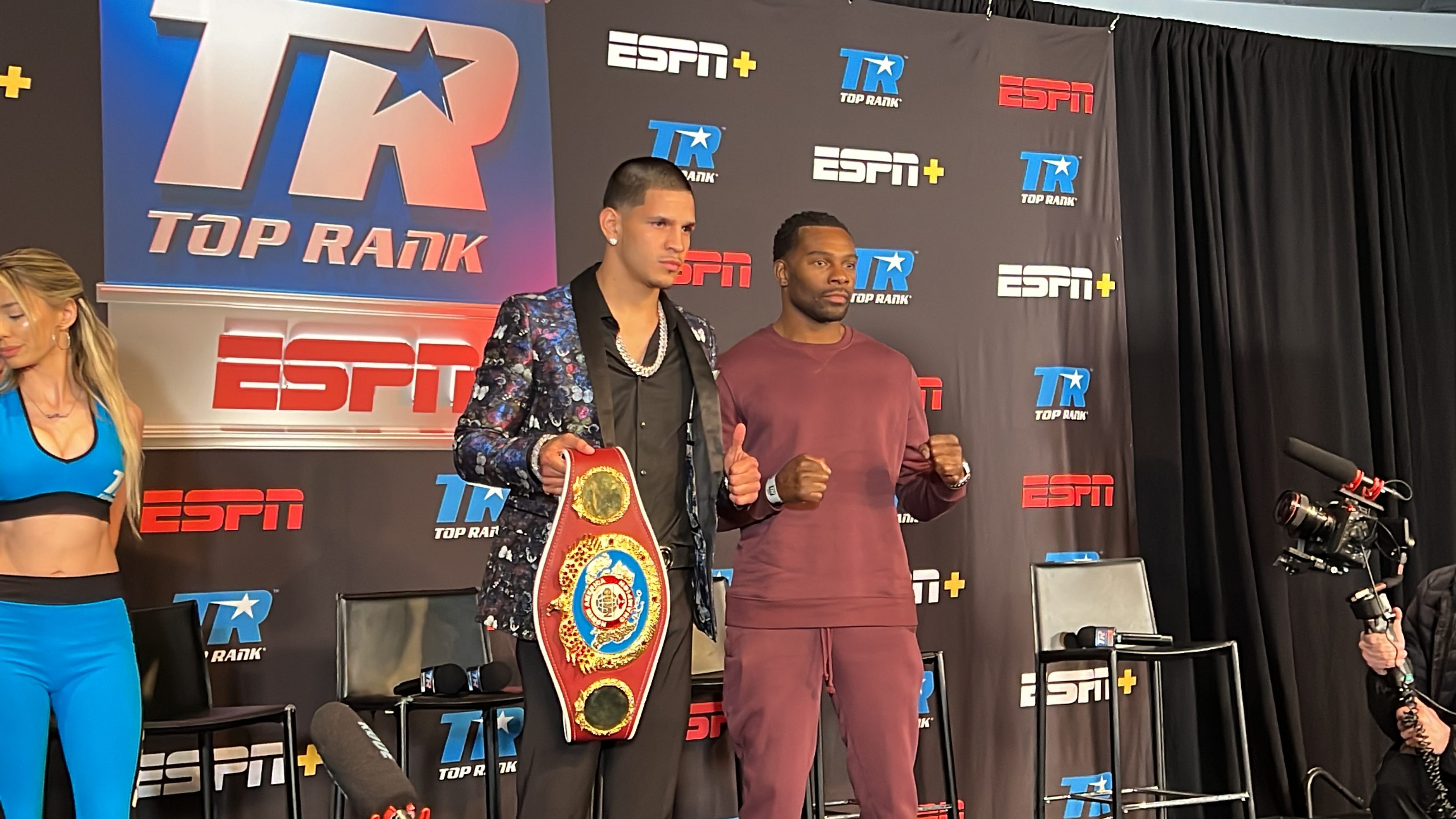 Getting ready to face the best

Edgar Berlanga (18-0) wants to go big and face the best in the super middleweight division soon.

“Benavides, Canelo, people that got countries behind them. That’s where the money is at,” Berlanga said at the pre-fight press conference at Madison Square Garden on Thursday.

The fight vs Benavides “is in the near future for sure. The promotion gotta be right. I gotta get a couple more fights in. He has already been at that pinnacle plenty of time. For me, I just gotta wiggle my way through, get that experience and the fight could be done.”

The Brooklyn-born Puerto Rican is fighting Canadian Steve Rolls (21-1) on Saturday at The Garden. “It feels amazing. I have been dreaming this since I was a kid,” the 24-year-old fighter told VSport, remembering when he watched Miguel Cotto fight in a sold out MSG. “I told my dad: We are going to headline here soon. We are going to be making the same impact and I am just happy we are doing it.”

What goes into the physical, mental and nutritional preparation two days before the fight? “That’s a good question. We get into a zone, especially me, I get into a zone and block everything out,” he told us. “Nothing matters to me anymore. What matters to me is just the fight and getting the victory. I try to block out all the BS. People try to call my phone. I don’t want to talk to anybody. I just want to focus and get the victory.”

How crucial is it to be and stay undefeated? “It’s crucial, we are not at the top yet. When you’re at the top – like Canelo, Floyd, Manny Pac- if you take a loss you can come back and fight a big fight. Right now everything counts, I’m young. Me taking a loss means I’m going backwards, I’m going down. I’d have to start and make my name again, prove to the critics and the promotion who I am. I’m not looking for no Ls.. I just want to go in there and get a victory in a fashionable way.”

Andre Rozier, Berlanga’s coach, told us making sure Edgar stays focused is one of the most vital aspects of his preparation. ” With young athletes you have to make sure they’re on point, following the protocol, and attributing their time and energy to the sport they’re participating in” he explained.

“He’s a perfect opponent,” Berlanga said about 37-year-old Steve Rolls, who was only defeated once during his professional career (by Golovkin). “Especially coming off a torn bicep, we could have chosen an easier opponent, but we chose him. He is a veteran, he is older, he has been in there with GGG,” he said. “I am ready for Saturday. I am coming in strong and we are finishing strong,” he added.