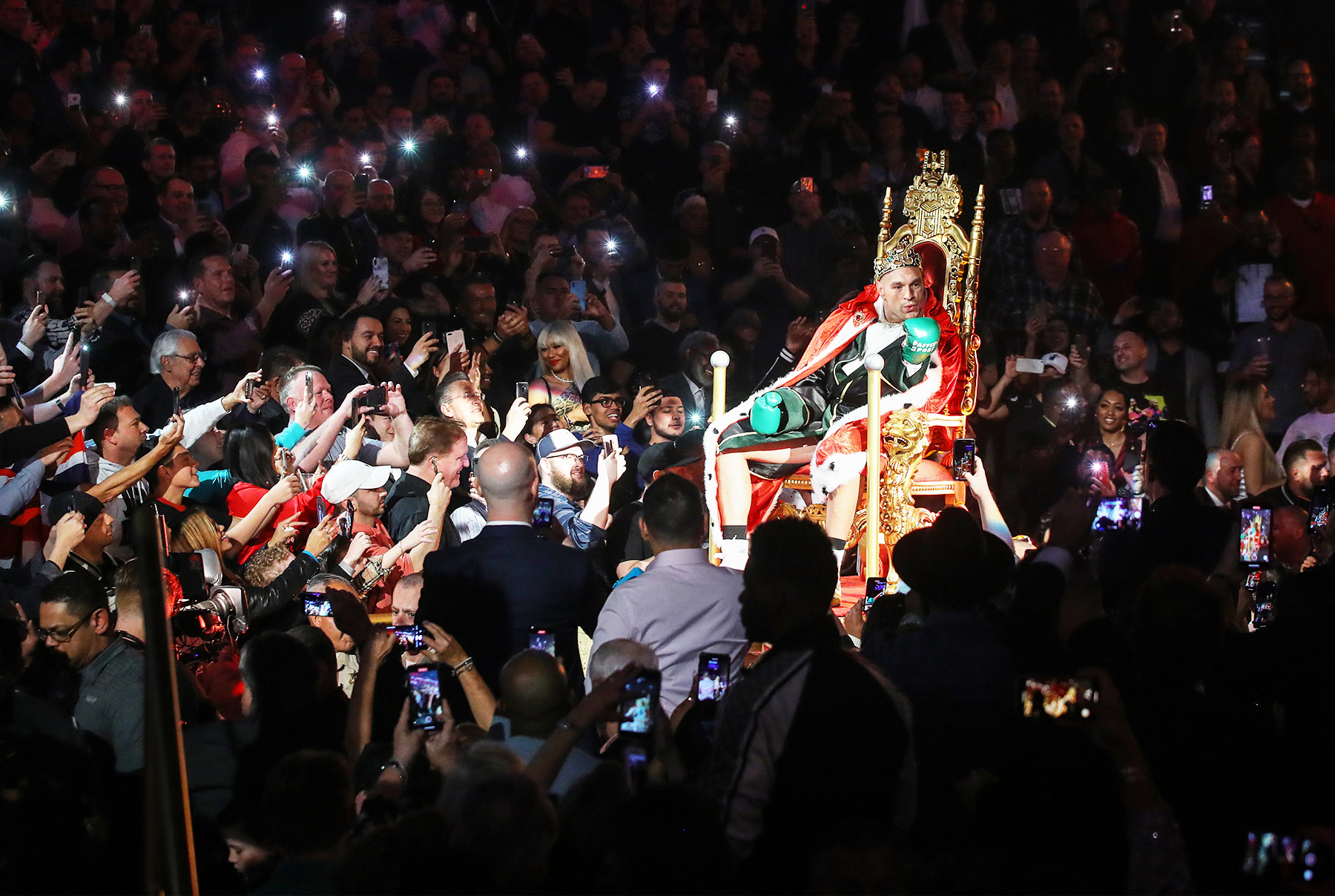 “A big shout out to Deontay Wilder,” said Fury, whose record is now 30-0-1. “He came here tonight and he manned up and he really did show the heart of a champion. I hit him with a clean right that dropped him and he got back up. He is a warrior. He will be back. He will be champion again. But I will say, the king has returned to the top of the throne!” the British giant continued, implying he’s the world’s best heavyweight. For the fight, Fury wore a green mouthpiece with the writing “Nigeria”, another clearly provocative message to British rival Anthony Joshua, who holds the other four belts (WBO, WBA, IBO, IBF) and is proud of his Nigerian heritage.

“Things like this happen,” said Wilder, who’s now 42-1-1. “The best man won tonight, but my corner threw in the towel and I was ready to go out on my shield. I had a lot of things going on heading into this fight. It is what it is, but I make no excuses tonight. I’m a warrior. He had a great performance and we will be back stronger” added the Alabama fighter, who was the reigning WBC champion and is still considered as the hardest puncher in history.

The very highly anticipated rematch was one of the biggest fights in decades after the controversial split draw in 2018. Fury (6’9”, 173 lbs) was able to stick to his game plan and surprised Wilder (6’7”, 231 lbs) with strong shots from the beginning. Although Wilder was able to land some good punches in the first two rounds, the Gypsy King broke through in the third round with a right hook that knocked Wilder down. Blood kept coming out of the American fighter’s ear during the whole bout and his balance seemed off. Wilder was able to continue fighting, but his legs appeared wobbly and weakened.

In round five, Fury scored another knockdown with a body shot and continued to use his height and weight advantage leaning on his opponent, wrenching his neck and putting Wilder’s head under his armpit. The 31-year-old Briton even pretended to lick Wilder’s bloody neck.

After six and a half grueling rounds, Fury cornered Wilder and started unloading a series of power punches, while the Bronze Bomber seemed unable to defend himself. Wilder’s corner threw the towel and the referee stopped the bout at 1:39 of the 7th round.

During his celebration on the ring, Fury mocked Wilder and American boxing singing Don McLean’s “American Pie” and urging a crowd full of Brits to join him in a chorus.

Fury, a former unified champion who defeated Wladimir Klitschko in 2015, but was then hit by depression and substance addiction, delivered on his pledge of a knockout and completed a remarkable life turnaround. It remains to be seen if the now two-time world champion will face Wilder for a trilogy fight or will aim at unifying the belts and give boxing fans the fight many people are already asking for: Fury vs Joshua.

Deontay Wilder has 30 days to exercise his right to ask for a rematch. What’s his mental and physical state after being battered for 7 rounds and having endured his first loss?

Meanwhile, AJ didn’t attend the Wilder Fury II fight, but traveled to Nigeria. His promoter Eddie Hearn is pushing for a unification fight.