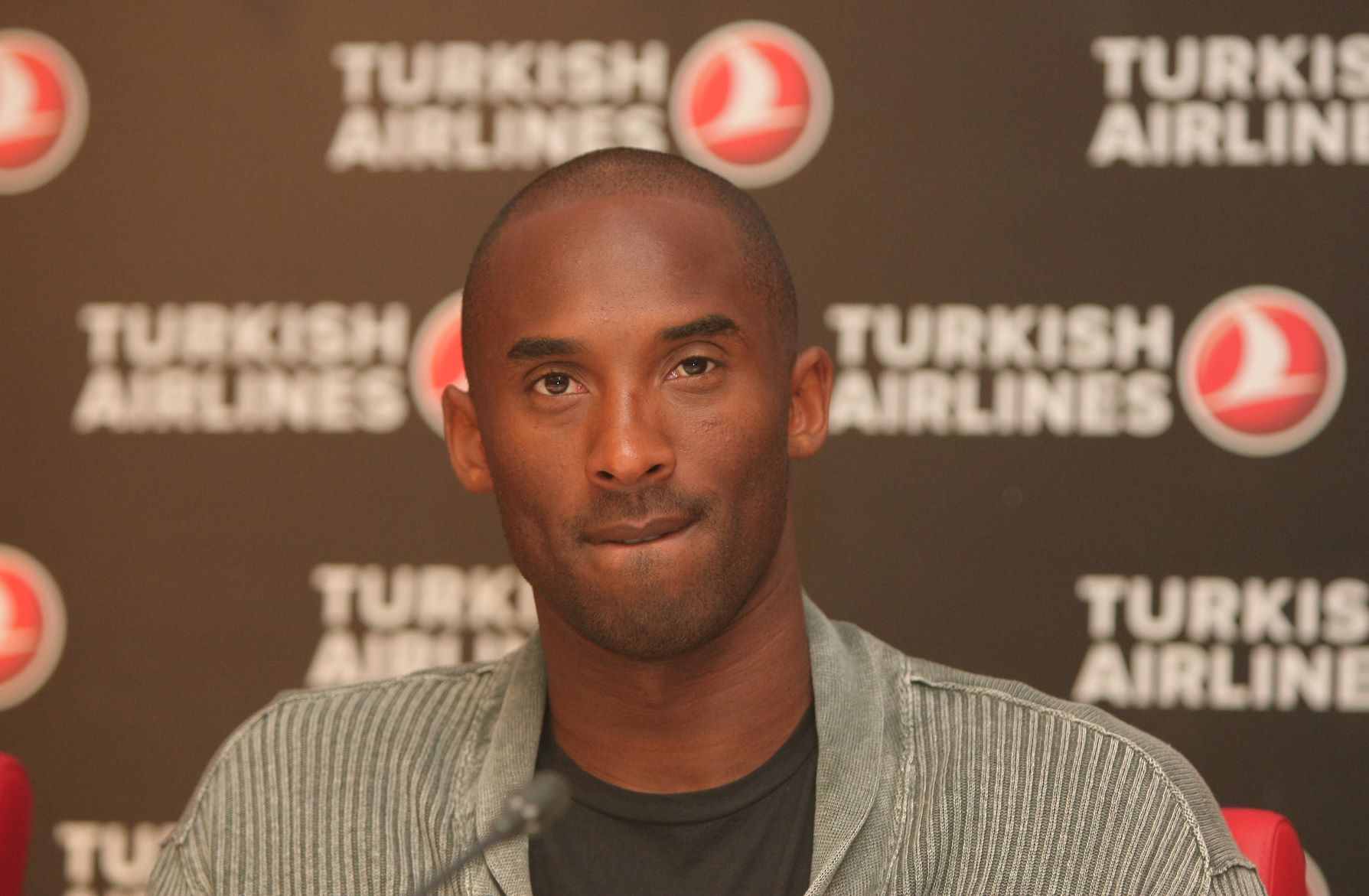 “We have been seeing you on these basketball courts for so many years, we want to know your opinion about LeBron’s strengths and how the public perceives him in Italy,” NBA TV’s producer told me. I was a bit shy at first. It wasn’t my first stunt as interviewee, but I was definitely not used to it.

Nevertheless, it was fun. I was put in the unfamiliar space in which, instead of being the person asking questions, I was the one answering them.

The last question of the interview was a bit uncomfortable, but somewhat expected: “Do you think LeBron is the best basketball player of our era? Did he become better than Kobe?”

“I have only good things to say about LeBron,” I answered “but I will never say he is better than Kobe. Besides being my favorite player of all times, Kobe and I have a special bond because of our Italian roots and souls,” I explained.

I am 100% Italian, born and raised in Naples. Kobe was American, but he grew up in Italy, the country where he learned the fundamentals of basketball and the love for great cuisine. The friends Kobe made in Italy during his childhood were the ones he considered ”real”, the ones who wanted to spend time with him just because he was a kid named Kobe and not a celebrity named Kobe Bryant.

I will always remember my first interview with Kobe Bryant. It was 2007 and I had traveled to Los Angeles with my Italian camerawoman and friend to cover a playoff game. The Lakers were playing the Phoenix Suns at Staples Center.

In hindsight, I did two things I wasn’t allowed to do, but I had no idea at the time.

First, I interviewed coach Mike D’Antoni on the court before the game, something just the network broadcasting the game on that day is allowed to do. We spoke about his Italian heritage and the meaning of being Italian.

Then, I interviewed Kobe Bryant one-on-one in the hallway after he had left the locker room and was on his way home.

Obviously, you’re not really allowed to interview the players in the hallways.

Before the game, I had gone to the locker room to ask him if he could do an interview with me and he agreed to talk to me after the game. Little did I know in Los Angeles Kobe was only speaking to the media in the press conference room and wasn’t doing any one-on-one.

He went to the press room while I was in the locker room, expecting to do the interview there.

When I noticed him leaving, I followed him and literally stopped him in the hallway. In my mind, his word was like a binding contract. He had promised me to talk to me on camera and I had no doubt he would.

I asked to do the interview in Italian and, at first, Kobe looked a little embarrassed. “I don’t remember it well, I’m not sure, it would be better in English” he said with a nice smile.

I insisted and got my first interview to Kobe Bryant in Italian. Since that day, he kept being extremely kind and available. Needless to say, his Italian was almost flawless. And he loved it.

It became our code language, a way to talk and be the only ones who understood what we were saying. Sometimes, people didn’t like that.

During the 2010 NBA Finals, I had the task to give Kobe a children’s book about him. The Mayor of Rieti – one of the towns where the Bryant family lived when Joe ‘’Jellybean” Bryant made his Italian basketball debut – had asked me the favor. As I approached Kobe with the colorful book, I heard a lot of screams. Dozens of people ran in front of me to make a human barrier between me and Kobe. “No autographs, you will get expelled,” they were saying, nervously. I explained I wasn’t going to ask for an autograph, but they weren’t listening. In the meantime, I told Kobe in Italian I had a book for him and he suggested I wait a few minutes as these people were infuriated and didn’t understand. “Wait, just let them talk, let them be,” he told me.

It wasn’t only Kobe’s bodyguards, who now are my friends, but also Staples Center’s security people. The latter kept not listening to my explanation, threatening me they’d contact the NBA to complain. In the meantime, Kobe called me to a corner and I got to give him the children’s book that featured him as the main character. He was happy and thanked me with his usual big smile. He was always so proud of his ties to Italy. I told his parents about the book as well and they were pleased.

In the meantime, the Staples center’s security contacted the NBA asking them to revoke my credentials. I explained what happened to the NBA communications manager and that was it. No big deal. They knew I had worked on NBA courts for many years and I’d never do something as stupid as asking for an autograph.

I do have a basketball signed by Kobe at home. How did I get it? For sure I didn’t ask for it. It’s another funny story.

During the World Basketball Festival in New York, Kobe was on the famous Rucker park court in Harlem, seated on a stool to welcome the public and introduce the festival.

As soon as he saw me, he started speaking in Italian in his microphone. “Hey Ciao, come stai? Sono contento di vederti,” he said, meaning ”Hi, how are you? I am happy to see you.”

Needless to say, all the people started looking at me and wondering who I was. Security personnel included. Right after the event with kids in Harlem, Kobe had another appearance at Nike Town in Midtown Manhattan. Getting there on time would have been very hard for me.

A ”man in black” approached me, asking me how I knew Kobe. I spoke about our Italian roots and he offered to give me a ride to the second event of the day. He explained he worked with the FBI. I accepted in awe. I found myself with my camerawoman in a black Cadillac, escorting Kobe Bryant to his other appearance. When I got in the car, the FBI agent gave me the most unexpected gift: A basketball signed by Kobe. I asked him why he was doing all this for me. “Sometimes in life things just happen,” he answered. Kobe was in the other black Cadillac right in front of us.

We got to Nike Town perfectly on time. But, what matters the most, we got there with Kobe. We were the first members of the press there. Kobe came to talk to me, rigorously in Italian. He asked me if I was living in the city, if I enjoyed New York. He told me he wanted to go back to Italy as soon as possible. “I miss Reggio Emilia the most. It’s the city that will always be in my heart,” he confessed.

Kobe was called on stage and, before leaving, he came back to say “ciao, arrivederci. See you at Madison Square Garden next month.”

Before leaving, the usual two kisses on the cheek, just like a true Italian would do. This sent the media into frenzy.

“What’s going on between Kobe and the Italian media?” some photographers asked.

“Should we call TMZ?” a journalist said.

“Tell us everything,” people insisted.

The FBI agent had left with Kobe and I was in the middle of a media jungle with my camerawoman. We hid in a restroom and then found a way to exit from the back door. I went to get a huge frozen yogurt, proudly carrying the autographed basketball and incredible memories that will last a lifetime.

Kobe’s autograph on the basketball I have at home had started fading, despite the protective case I had bought. I had thought many times that one of these days I could ask him to re-sign the ball in a non media-related situation.

I still have to come to grips with the fact that many things I had imagined will never happen. It still seems surreal. It is hard to accept.

I will never be able to talk to my Italian-hearted friend. But I am sure he will live forever in the memories and in the soul of every basketball lover. And beyond.

Check out some of my interviews with Kobe in Italian:

Exclusive: Canelo on his trilogy fight with GGG. “I’m gonna end this fight in the later rounds”
Wilder stuns Helenius with 1st round KO, worries about his opponent’s health. Tears!
Loading Comments...