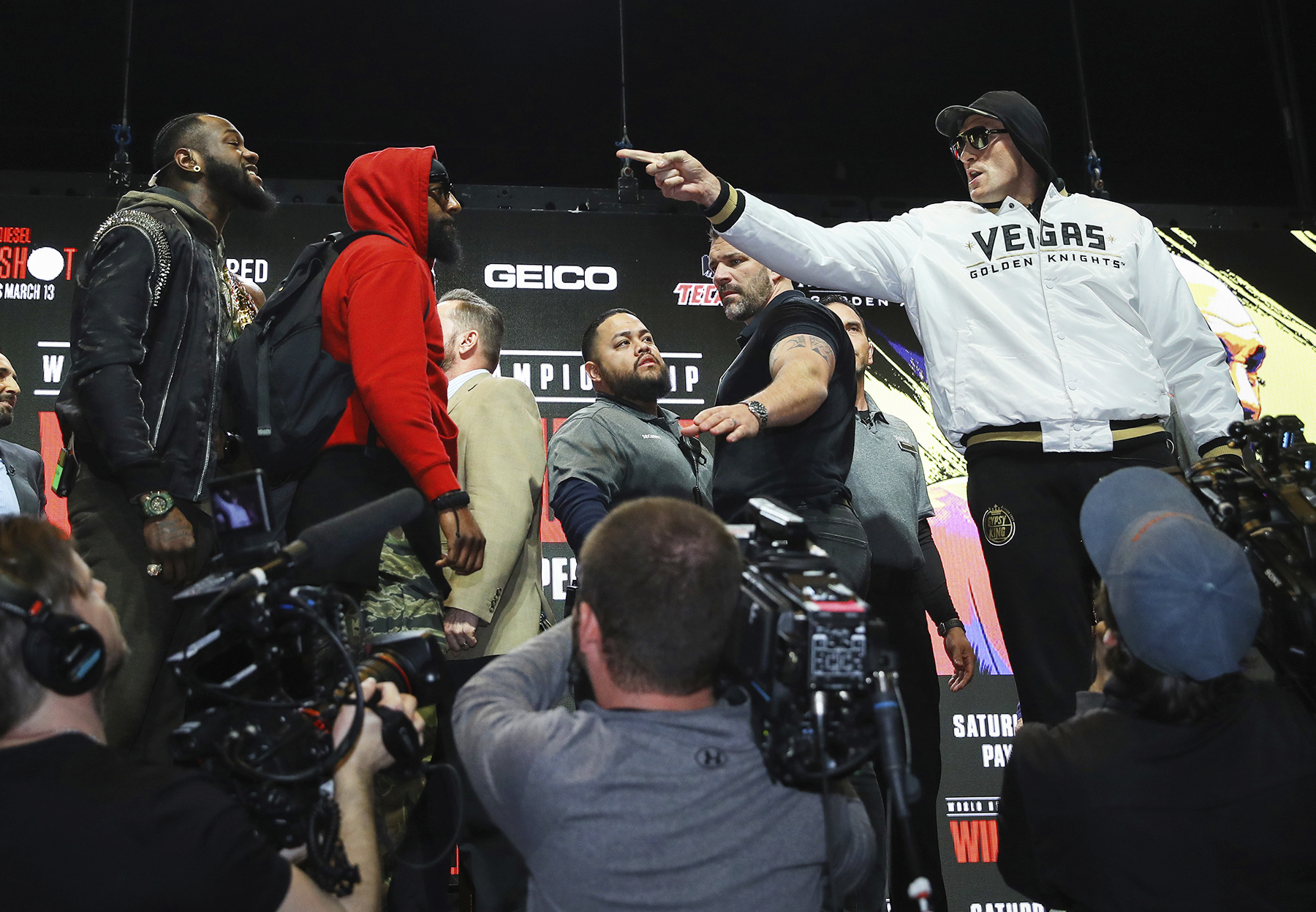 With its intriguing name, reminiscent of an action-movie sequel, Wilder-Fury II has become the biggest boxing match in the world in recent years and definitely the most anticipated fight since 2015’s Mayweather vs Pacquiao.

Both boxers have undefeated records: Deontay “The Bronze Bomber” Wilder is 42-0-1, Tyson “The Gypsy King” Fury is 29-0-1. The number 1 in their records represents their first fight, in December 2018, an unbelievable match that ended with a draw.
Unbeaten WBC Heavyweight Champion Wilder and undefeated lineal heavyweight championFury exchanged heated words and shoves on stage in their final press conference before their rematch, which will take place on February 22nd in the MGM Grand Arena in Las Vegas.

“I truly realized my power during my current knockout streak. I looked at my record and realized I was running through guys and knocking them out. You don’t just go in and knock a human out based on will, you really have to have the power to do so, and through that I realized I had something different. I am just applying my service to my greatness and I am going to use my power up until I can’t use it anymore” said Wilder, fighter from Alabama known as one of the most brutal punchers in the history of boxing. “My power is God-given; I don’t have to do anything at all. I don’t have to lift weights or do a special type of cardio; it’s born with me. It’s an amazing feeling to have it and to be in this position, out of all the things I could be doing, God placed me in this position” continued the Bronze Bomber, who got third place in the 2008 Olympics.  “Anything is possible in the ring, but it comes down to if he can back up his words. That is where your preparation for the fight comes out. One thing for sure, though, I am a great fighter on my back foot. That’s when I’m able to really time you and set you up, and have you run into my own traps. He has a lot of things going on in his camp so that tells you how nervous he is” commented Wilder about his British opponent. “I don’t believe anything Fury says. I think he is just trying to butter me up and use a lot of mind games. He did that in the first fight to try and steal rounds, so we were lucky that we had experienced judges that weren’t influenced by that” explained the American boxer.

“Round 12 has been in his mind since day one, that’s why he ran away from the rematch. In the back of Fury’s mind, he will think about how I gave him a concussion and how he had no idea how he even got on the ground. So, I do believe that round is in his head, and if he says otherwise, he is lying […]Our first fight was amazing, and this is going to be even more intense” promised Wilder.

“Wanting to go head to head with him is a bold move, but we fight fire with fire. When I went at him in the first fight, though, he could not contain me. If I start doing that in round one, then he will be gassed by round five and hanging on for dear life, if he even gets that far” Fury answered. “The 12th round of our first fight was a good round, and credit to Wilder, he got me with two of the best punches I have ever seen thrown in a 12 round heavyweight fight. As we have seen, that has become very famous, the ole’ knockdown of the Gypsy King was very active online and all over the world. But the thing Wilder must be thinking is, I hit that guy with my hardest punch in round 12, and he got up. What do I have to do to keep him down?” the British boxer continued.

“The biggest puncher who ever lived should have no problem opening my cut up. He could not keep me down in the 12th round, so now I want to see if he is able to get up off the floor. I don’t think he has the guts to get up” Fury provoked.
“I gave Wilder the biggest payday of his life and brought him to the biggest stage. Deontay owes me everything, I brought him to this level, and this is his second fight at the top.” “He’s going to try to end it with the right hand. If I’m stupid enough to get hit with it, I deserve to lose. I hit the floor last time, but I showed that I’m truly a fighting man. If he can’t finish me, I’m going to eat him up ” said Fury, confirming his goal is a knockout.