Wilder vs Fury III: The battle has begun 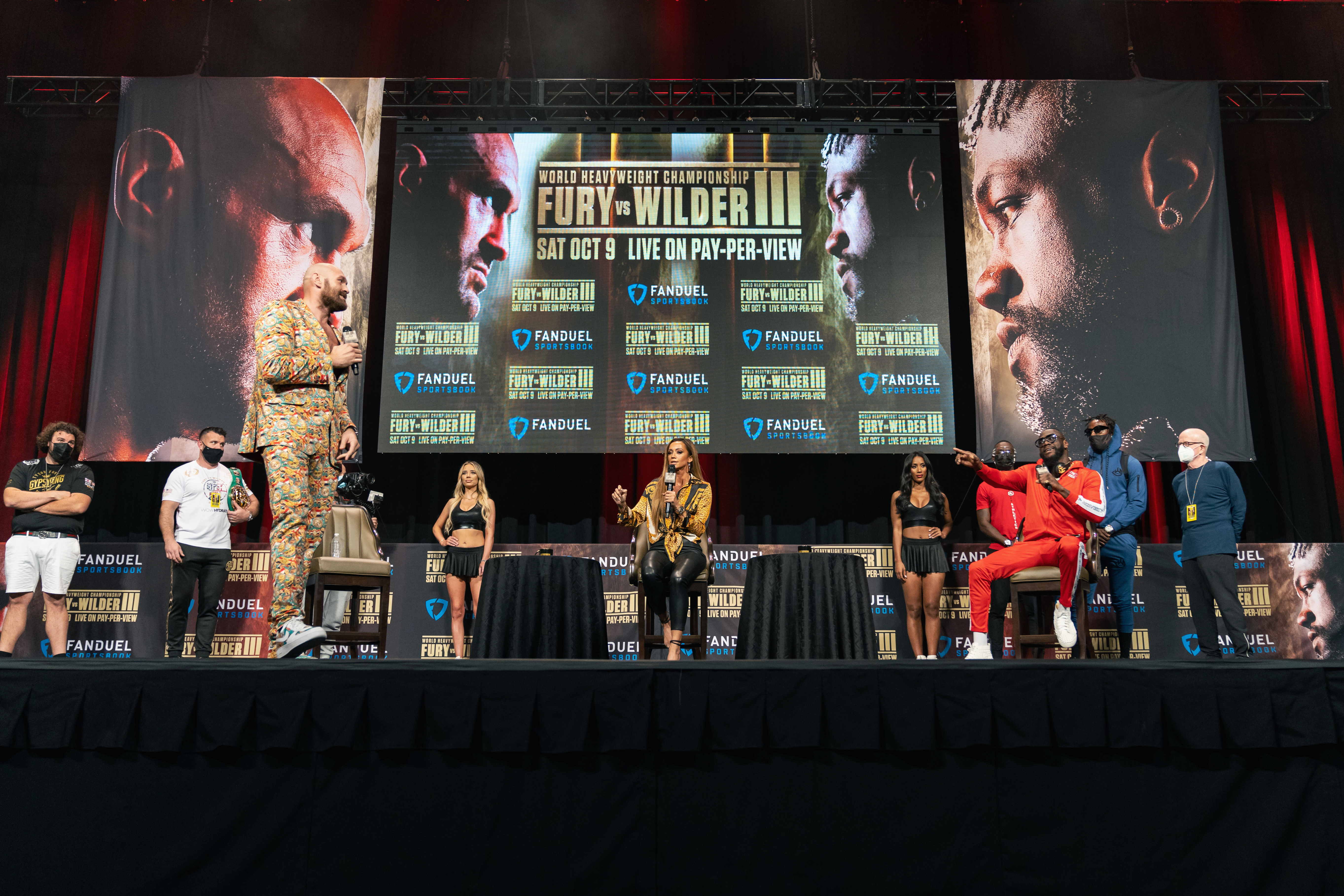 Part 3 or the trilogy

While a shirtless Fury refused to sit down because he had been “sitting for a long time,” Wilder began the press conference with his Bomb Squad headphones on, but had the decency to remove them a few minutes later.

“I don’t have anything to prove,” started Wilder, also known as “The Bronze Bomber”. “I’m in a great place and in a great state of mind. I have a lot of great people around me. This fight is about redemption, retaliation and retribution,” he added.

Wilder (42-1-1) was more composed than his opponent, but didn’t hide his excitement: “Saturday night is going to be a different fight. It’s rare that we get trilogies like this and I truly believe this one is going down in history.”

Tyson “The Gypsy King” Fury (30-0-1) is treating this bout as any other usual clash. “All these fights are exactly the same to me, “ he explained. “Some guy is trying to take my head off. No matter who it may be, they don’t matter to me. It’s the Tyson Fury road show and it has continued for 13 years.”

Fury defined Wilder’s accusations of multiple violations during their second bout as a “sign of weakness”.

“Wilder is a weak person mentally and I’m going to knock him out on Saturday night. I obliterated him in the rematch and I see much more of the same in the third fight,” the British boxer said, promising he is going to make Wilder retire. “His legacy is in bits,” he added.

The heavyweight division is in a very different place now, compared to December 1st of 2018, the night of the first Wilder-Fury fight. Fury stressed the fact he is “the last man standing between me, Deontay and Anthony Joshua. I’m the last one undefeated. I’m the two-time heavyweight champion and I’ve never lost a fight. That’s history.”

While Fury tried to offend and provoke a brawl, Wilder seemed quiet and ready for the challenge. “I have nothing to lose and everything to gain. Your legacy only dies when the desire for the sport dies. I’m well alive right now.”

There was no face-off, but the two opponents had an altercation on stage. Fury even accused Wilder of copying his ‘no-shirt’ style.

“Get ready for war. This is going to be an amazing fight on Saturday night. I’m wearing my red outfit because I want it back in blood. I’m looking forward to it,“ Wilder said.

The two were set to meet in July, but Fury contracted Covid, causing a 3-month delay.

How did we get to part III?

After a draw in their first battle in 2018, Fury dominated in the 2020 rematch and scored a stoppage in round 7. Wilder exercised his option to initiate a third clash, taking the short end of a 60-40 purse split. As the pandemic and injuries delayed the fight, Fury planned a title-unification battle against Anthony Joshua.

Wilder took the case to court and an arbitrator decided Fury had to honor the contract clause and accept a third bout vs Wilder.