Fury-Wilder Trilogy Ends As One for the Ages 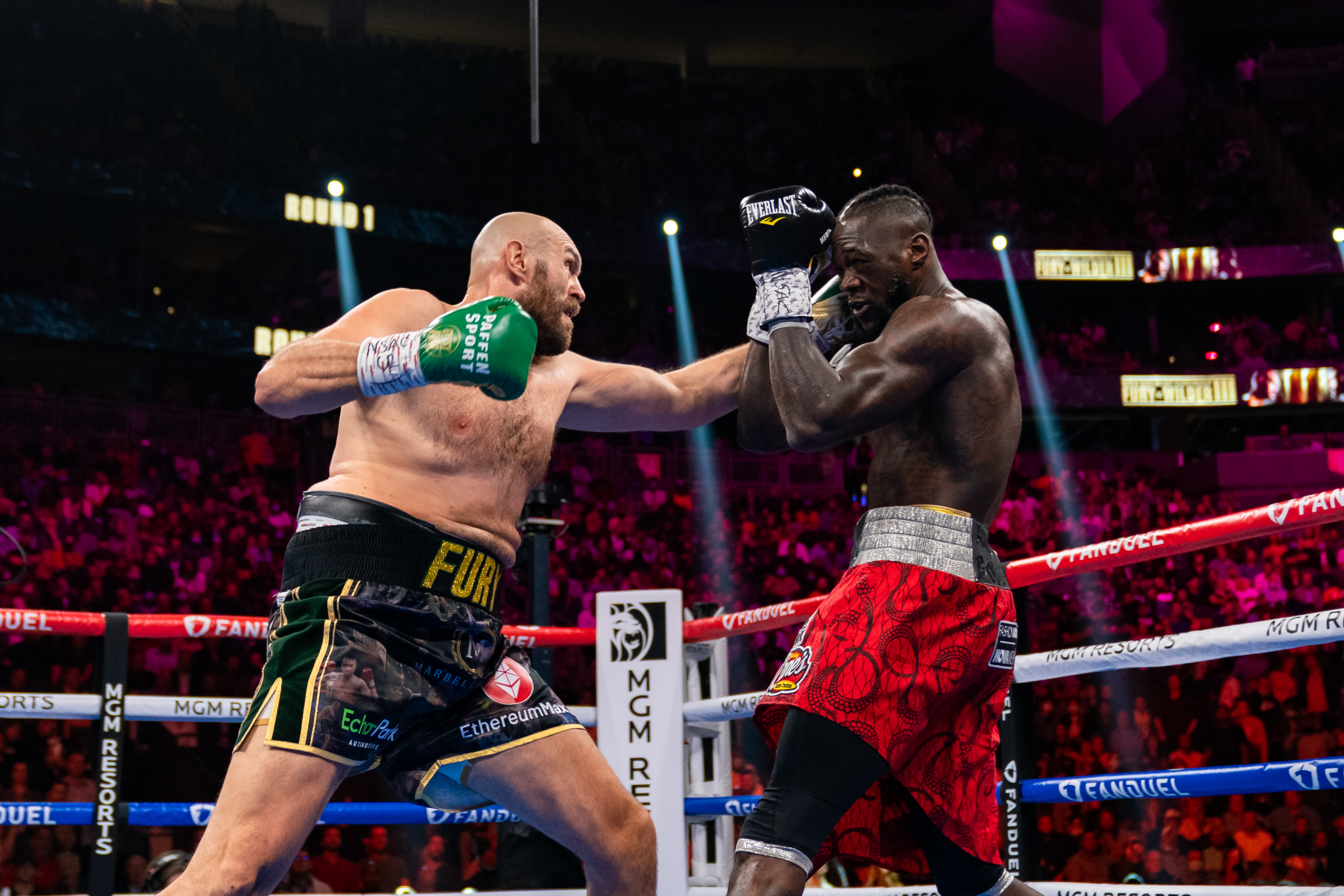 Questions were answered at the T-Mobile Arena in Las Vegas Saturday night, and Tyson Fury was not the only one garnering praise. Wilder answered more than a few questions fight fans had about him, even in defeat.

Yes, Tyson Fury won in brutal fashion via 11th round stoppage against Deontay Wilder and yes, Fury won most of the rounds in the fight. No one can take that away from him. But Wilder earned something he had lost in the last fight: Respect from boxing fans and media.

The most common praise about Wilder after the third fight was how much heart he showed.  He indeed did keep coming after going down in the third round. Wilder came back in the fourth round and floored Fury twice before the Gypsy King was seemingly saved by the bell.

The American boxer claimed in the second fight he wanted to go out on his shield, but a now-fired trainer decided to stop that fight early. Wilder was hurt in the second fight, but no more than he was in the middle of the third fight and the referee, the doctor and his corner let the fight proceed. The Alabama native got his wish and left everything in the ring, and that’s what he wanted.

“Like the great John Wayne said, iron and steel baby,” Fury said after the fight. The British boxer acknowledged his opponent “is a tough man. He took some big shots tonight.”

Wilder summed it up after, “I did my best, but it wasn’t good enough tonight. I’m not sure what happened. I know that in training he did certain things. I also knew that he didn’t come in at 277 pounds to be a ballet dancer. He came to lean on me, try to rough me up and he succeeded.”

Fury did earn a tremendous victory. He has been plagued by everything from his association with an alleged organized crime figure, a broken agreement to fight Anthony Joshua, a delay for the third Wilder fight due to testing positive for COVID-19, and finally a problem with his newborn daughter that she thankfully came out of in August. Fury overcame all of that to face the toughest, hungriest fighter he has ever fought. And yes, that includes the first two incarnations of Deontay Wilder he faced.

Wilder was the healthiest he had been in some time. He made drastic changes to his training staff. He bulked up to be the strongest he had been in his career. And yes, he adjusted what he wore to the ring. In the end, Fury won again. It could have been different, but it was not to be.

Now these two warriors, and that is absolutely what both men are, go off on different paths. Wilder at age 35 is most likely going to try and pick up the pieces and make another run for a title. Fury, if he chooses to this time, can unify the belts if the forces of boxing align correctly. It’s not out of the realm of possibility that we see an almost unheard of fourth fight in this series, but it won’t be for years if at all, even though Fury said this series was “done for good.”

Regardless, both men were immortalized on Friday by completing the first heavyweight trilogy in years. Nothing will change that for either man.

Bigger is Better? Wilder-Fury 3 Weigh In Presents Larger Physiques and Different Psyches
Canelo: “I hope Plant has a good chin. He is going to need it on fight night”
Loading Comments...