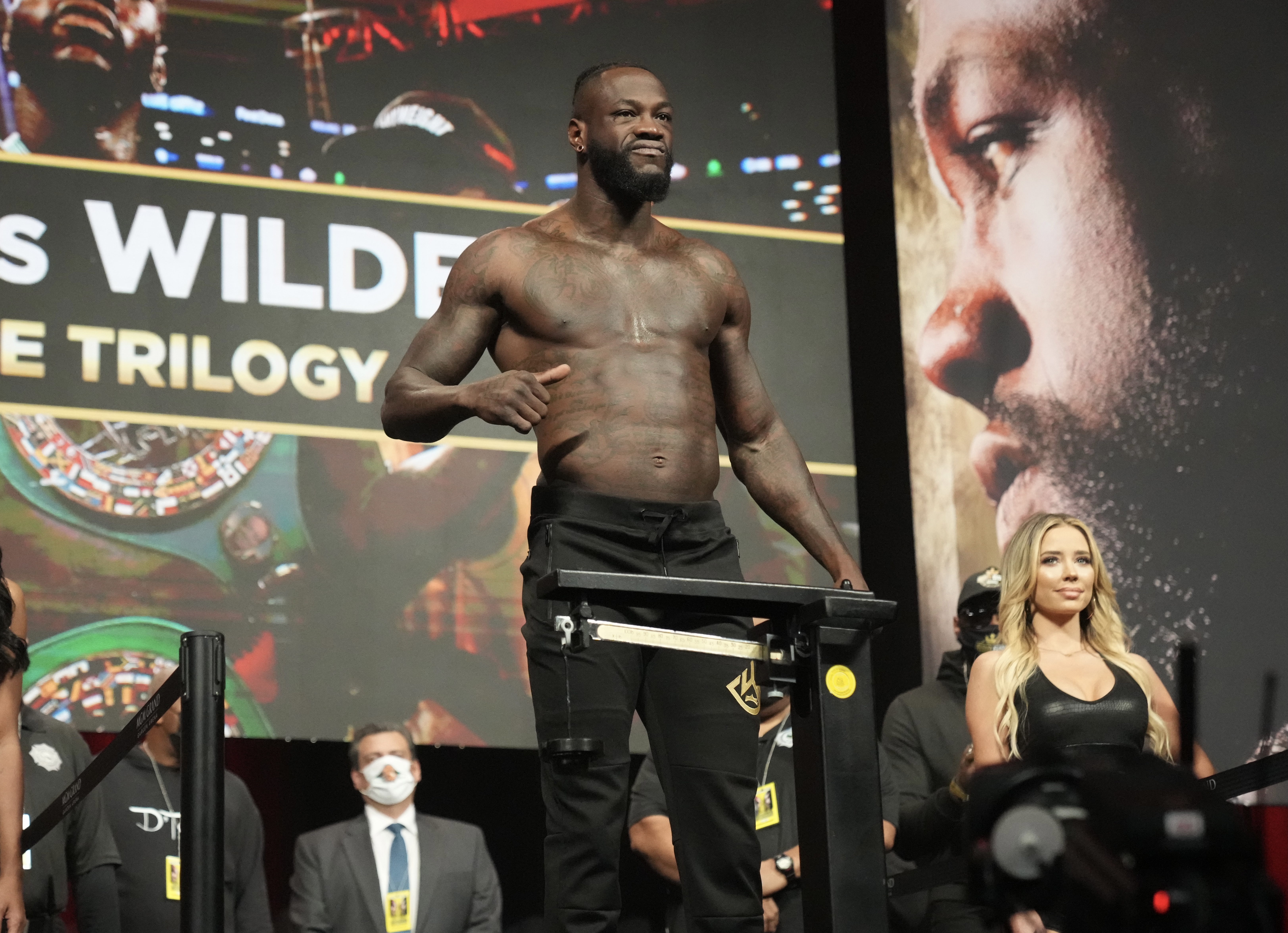 Wilder looked extremely muscular whereas Fury, as he did in the 2nd fight’s weigh in, did not remove his shirt. Both fighters weighed in the heaviest of their careers.

Will the added weight in the ring make a difference on Saturday night?
There are two lines of thought on weight in the heavyweight division. Unlike other divisions, the
heavyweights are not limited, so you don’t have a weight cut or anything distorting the numbers. The
weight is normally the same you’ll see the night of the fight.

The first line of thought is, if there’s an increase, that a fighter might have not taken training as seriously as he should have. In the first fight, there were rumblings that Fury gained too much weight and it might hinder him. That proved to be false, as Fury won in the seventh round and did not look tired at the time of the stoppage.
The other theory is that a fighter is now stronger than ever.

On Friday, that didn’t appear to be the case with Fury, but Wilder looked like he had bulked up and added muscle. Wilder notoriously has problems keeping weight on and it’s always a question after training in the intense Alabama heat if he indeed maintained weight. It certainly appears so after what was essentially two training camps in July, August, and September, some of the hottest months of the year at his home base in Tuscaloosa.
Fury’s weight gain is not what you would expect. He bragged on Tuesday he would be either 265 or 270.
That would be in the sweet spot of his previous two matches with Wilder, though he performed well in
both bouts. But his crushing of the scales brings up another question in a week that’s full of them. Will
the weight be a factor on Saturday night?
The extra pounds Wilder added most likely do not mean he is in worse shape. Wilder has never been
out of shape for a fight. After targeting this bout for so long and by all accounts having an intense fight
camp, he is likely ready for this one.

Fury, on the other hand, has always had problems with weight. During his “retirement”, Fury claimed to have ballooned up to close to 400 pounds. Even for a man 6’9”, that’s a lot.
But here we are with Fury at 277. That’s one pound heavier than his “comeback” fight back in 2018. Is
Fury out of shape? Hard to tell since he kept his shirt on. He did seem to be in shape the last fight when
he weighed only three pounds lighter than Friday.

One other item of note: After the weigh-in, Fury attempted to engage Wilder with an expletive-laced
tirade. Wilder didn’t even acknowledge Fury until the socially-distanced face-off, when he yelled
“Fatman!” at the heavier Fury. Wilder is not playing Fury’s games this time around it seems and it might
even be frustrating to Fury, who yelled louder and louder trying to get a reaction from his opponent.

Wilder remained calm and that could be telling. This is a huge difference from the 2nd fight’s weigh in where
both seemed to enjoy the jawing back and forth.
So, now we wait a little more than 24 hours with something new to ponder. Did we learn anything new
at the weigh-in? Perhaps.

This does seem to be a different Deontay Wilder. Will it matter? About 31 hours after weigh-in, we may be able to decipher what it means.

Fury – Wilder III: Analysis and Prediction
Fury-Wilder Trilogy Ends As One for the Ages
Loading Comments...