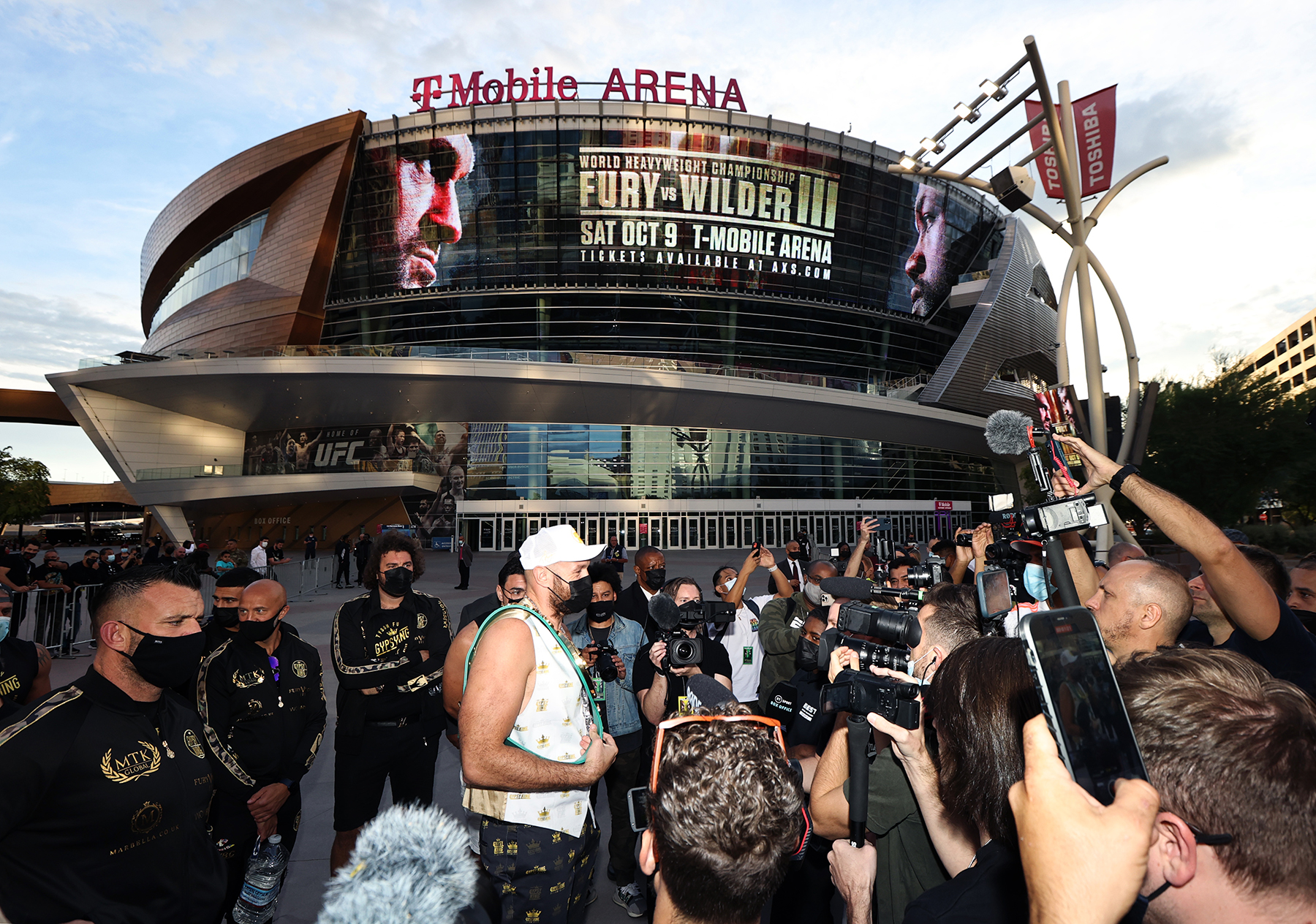 Ready for the weigh-ins

With the uneventful press conference behind us, weigh-ins tomorrow and the fight Saturday a pre-fight analysis is due.
Tyson Fury, undefeated, linear, WBC World Heavyweight Champion of the world defends his belt in the final fight of this trilogy with Deontay Wilder.

The trilogy that has taken three years. Since December of 2018, these two fighters have dragged out, through a legal battle and positive Covid test for Fury, this final chapter.

The only certainty of this clash: They won’t be fighting each other next. Hopefully, we never have to see a press conference of theirs again either.

Most experts pick Tyson Fury to win this fight, based on his resume of work and his performance in the last meeting of the two.

Deontay Wilder got in some good shots early with his right hand but, once he was dropped in the third round, he seemed to be out of the fight from there on. His wobbliness in the 5th round seemed as shaky as when his former coach Mark Breland threw in the towel to end the fight in the 7th.

Tyson Fury left his trainer, Ben Davison, and joined up with SugarHill Steward. He added more weight (initial bout 256.5 lbs, rematch 273) and changed his approach to looking for a knockout.

The third fight’s weigh in is tomorrow. Some strategy can be gleamed by the respective fighters’ weights. (I expect Fury to be over 260, Wilder at 230).

Look for Fury to press the fight early but not with abandon. He understands fully well the power Wilder possesses.  Look for Wilder to not exactly try to box Fury but to try to move enough and pick shots earlier. Maybe less haymakers, but some clean shots. Maybe even go to the body on counters.

In my opinion, if Wilder shows enough discipline he can go the distance. I even think he can pull off an upset knockout victory if he pieces together two, three series of his trademark sequence of bombs.

This is each boxer’s first fight since their February 2020 matchup.

Don’t expect to see ring rust, but be ready to be surprised at the energy of this fight.

I believe you will see the best versions of both of these boxers in this clash. They have prepared for each other and really want to get past this stepping stone.

Confident about their training camps and their coaches, both fighters are ready to put it all on the line and show the world their best on Saturday night.