Wilder Returns to the Ring Against Top Rated Robert Helenius 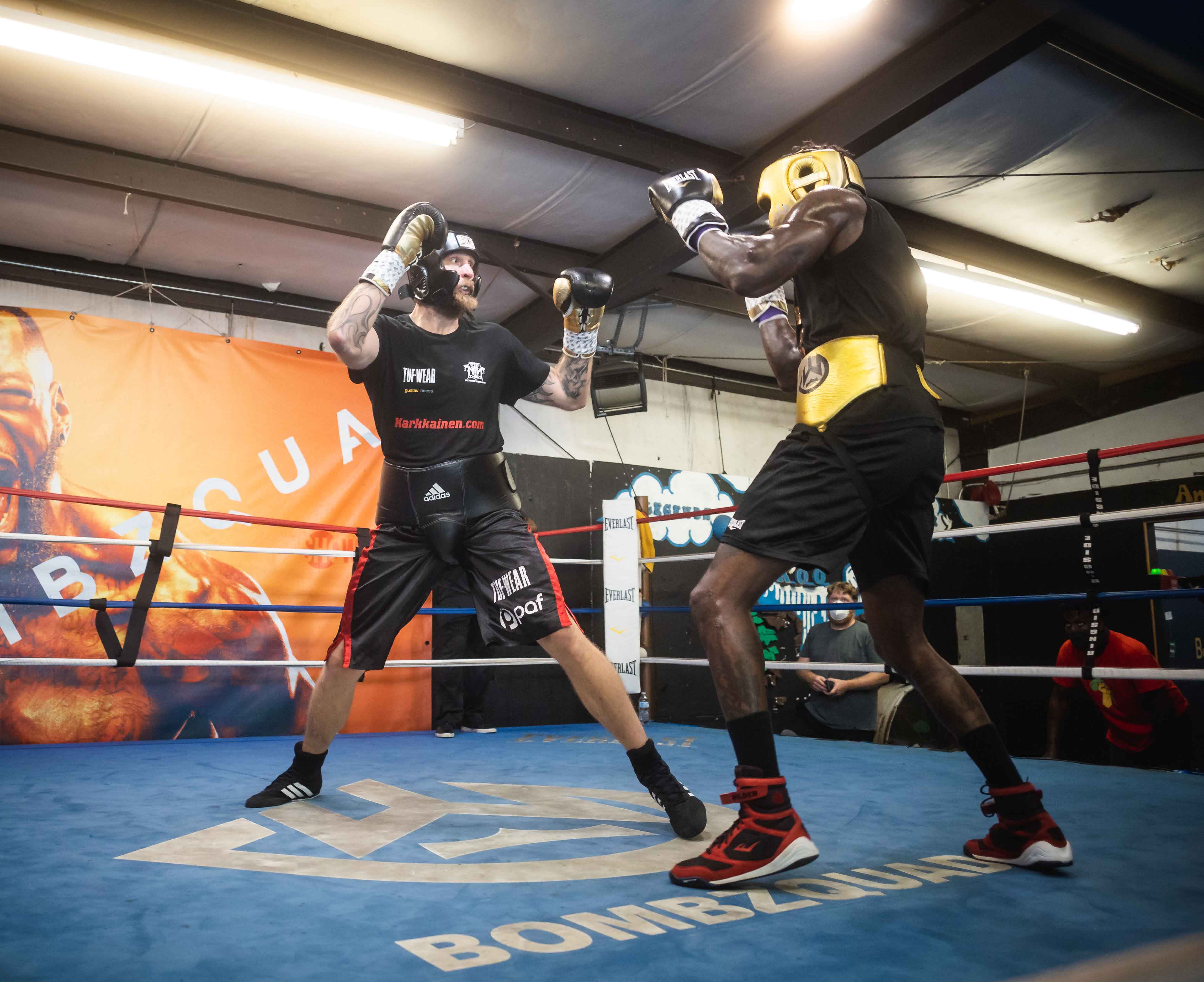 And just like that, Deontay Wilder is officially getting back in the ring.
On Wednesday morning, Wilder’s co-trainer Malik Scott cryptically posted on Facebook that the former
WBC Heavyweight Champion would be fighting October 15 th with no other details. After speculation
throughout the day, the details were announced: Wilder (42-2-1, 41 KOs) would face the “Nordic
Nightmare” Robert Helenius (31-3, 20 KOs) at the Barclays Center in Brooklyn.
This will not be the first time Wilder and Helenius have traded punches. Helenius was Wilder’s training
partner for the last two Tyson Fury fights. At the same time, Helenius used the sparring sessions to
prepare for both his fights against Adam Kownacki, who he knocked out each time.
Neither fighter has competed since October 9th, 2021. Helenius fought on the undercard the night of
Wilder-Fury 3. With that win, he became the number one contender for the WBA Heavyweight title.
However, those plans are on hold due to WBA Champion Olyksander Usyk and Anthony Joshua’s
scheduled rematch this weekend.
Wilder seems excited to get back in the ring. “It’s been a long journey for me and as of today it
continues. I thought so many times about whether I should stay out of the business or come back,’’ said
Wilder. “Once I got my statue in my hometown and saw so many people arrive and celebrate with me
and my family, to see all the emotions, grown men crying in front of their children and saying he is a real
true king, made me feel like my job is not done. So, here I am once again, looking forward to returning
to the ring. I am looking forward to coming to Barclays Center, a place where I have had my most
devastating knockouts and a place I consider my second home. So where all my Bombzquad people at?
It’s time to put on your war gear. And let’s go to work, baby. Bombzquad is back!”
Helenius is also excited to return to the ring. “It’s great to be back at Barclays Center in an even bigger
fight than my last one. I’ve been waiting for this opportunity for a long time and I’m going to be ready,’’
said Helenius. “I’m going to produce an even bigger upset than I did with Kownacki. I’m going for the
belt, so this is a fight to prepare me to achieve that goal. I can only become the best heavyweight in the
world by beating the best and that’s what I intend to do on October 15.’’
The fighters are remarkably similar on paper. Helenius is listed as 6 ft 6.5 inches and weighed 246
pounds when he last fought. Similarly Wilder stands at 6 ft 7 inches and weighted 238 pounds when he
stepped on the scales against Fury. Wilder is 36 years old while Helenius is 38.
The fight will be carried by Fox Pay-Per-View with tickets available to the general public starting Friday, August 19th.