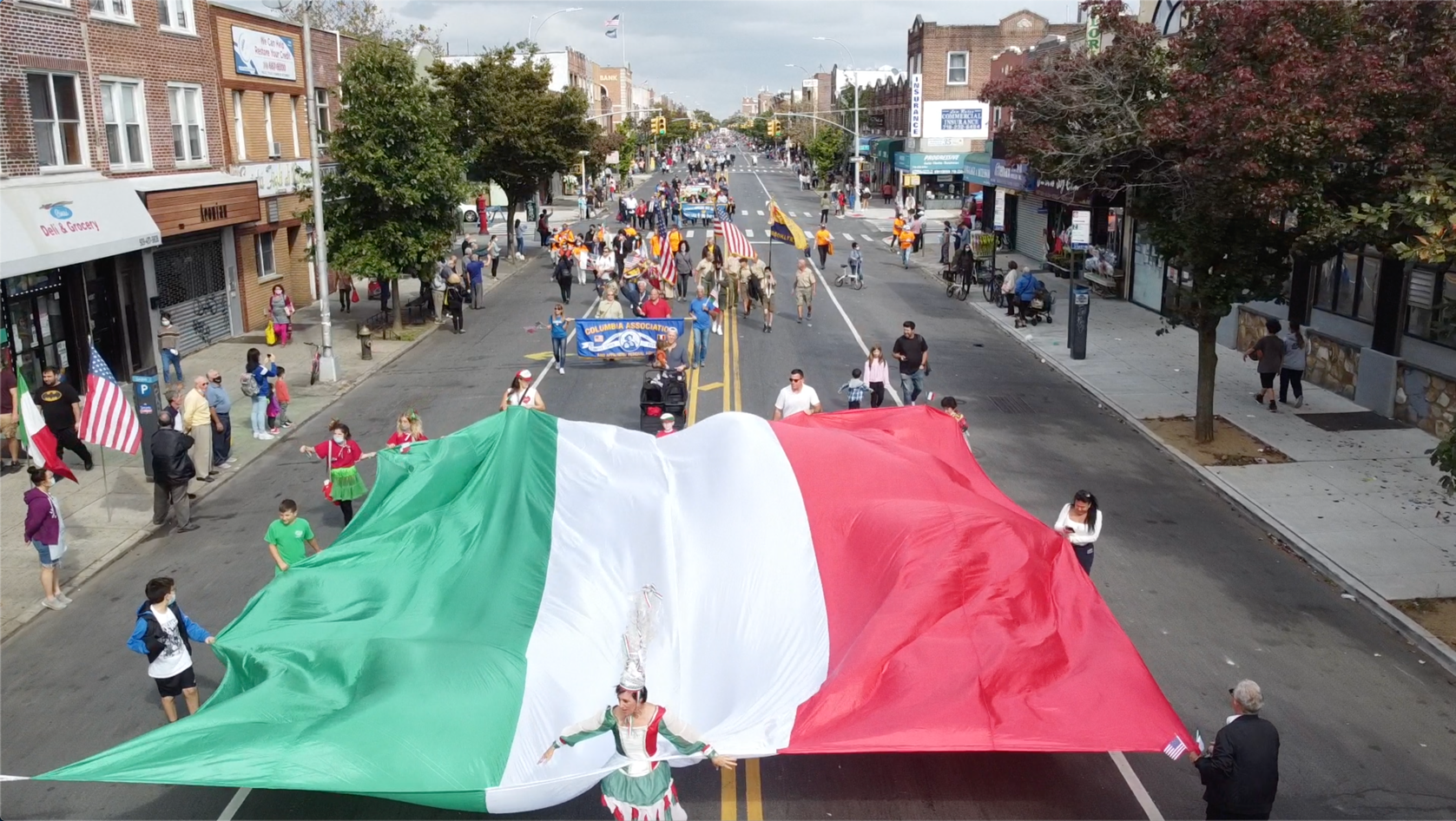 The Columbus Parade came back to Brooklyn for its 39th edition on Saturday October 9th.

The theme was “Building Back Community”, in recognition of the people who have been at the forefront in the fight against COVID-19.

The event, sponsored by the Federation of Italian American Organizations, was on a smaller scale due to the lingering effects of the Coronavirus pandemic.

The parade celebrated the 529th anniversary of Italian explorer and navigator Christopher Columbus’ “discovery” of the New World in 1492.

Preceded by the Grand Marshals, the bands marched along Cristoforo Colombo Boulevard (18th Avenue) from 61st Street to Benson Avenue.

The Parade’s chairman and chairwoman were G. Jack Spatola and Barbara Pascarella.

Monday’s federal holiday has become increasingly controversial in the past few years. While some people view Christopher Columbus as a symbol of Italian American history and heritage, others despise this annual celebration because it ignores the impact of colonialism on native people’s lives.

On Friday, President Joe Biden issued the first presidential proclamation of “Indigenous Peoples’ Day”, recognizing “the contributions that Indigenous peoples have made throughout history.”

While the US President acknowledged “the painful history of wrongs and atrocities that many European explorers inflicted on Tribal Nations and Indigenous communities,” his proclamation doesn’t entail ending Columbus Day as a federal holiday.

As White House press secretary explained, Monday “is both Columbus Day, as of now … as well as Indigenous Peoples’ Day.”