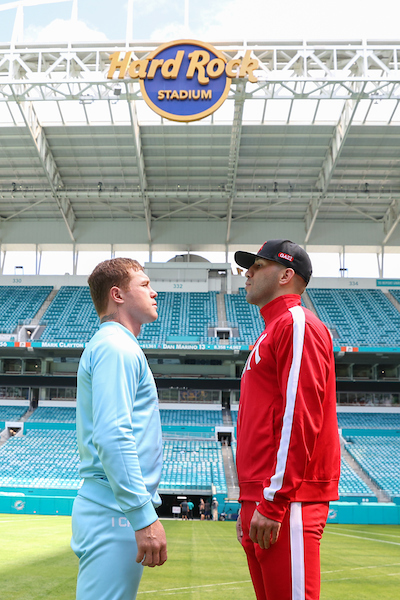 “I did what I had to do”: These were Canelo Alvarez’s words on the ring right after destroying challenger Avni Yildirim (21-3, 12 KOs) in three rounds at the Hard Rock Stadium in Miami Gardens, Florida.

The Mexican fighter retained his WBA, WBC super middleweight belts and seemed really at ease in the 168-pound category. “I feel great. I feel fast, strong, at ease. I think I have never felt as good. I’m in my best moment” Canelo (55-1-2, 37 KOs) explained.

The best Mexican fighter of all times knocked down the Turkish boxer with a powerful combination to the head towards the end of the third round. Yildirim beat the count, but he looked disoriented and injured.

Before the beginning of the fourth round, Yildirim’s corner stopped the fight.

This was the first boxing card at the Hard Rock Stadium, home of the Miami Dolphins.