Canelo sure of a win. Saunders dreams to destroy undisputed plans

Canelo shows confidence and says he is going to beat Saunders. His plan is to unify 3 belts and then aim for undisputed. Saunders wants to shatter that dream. 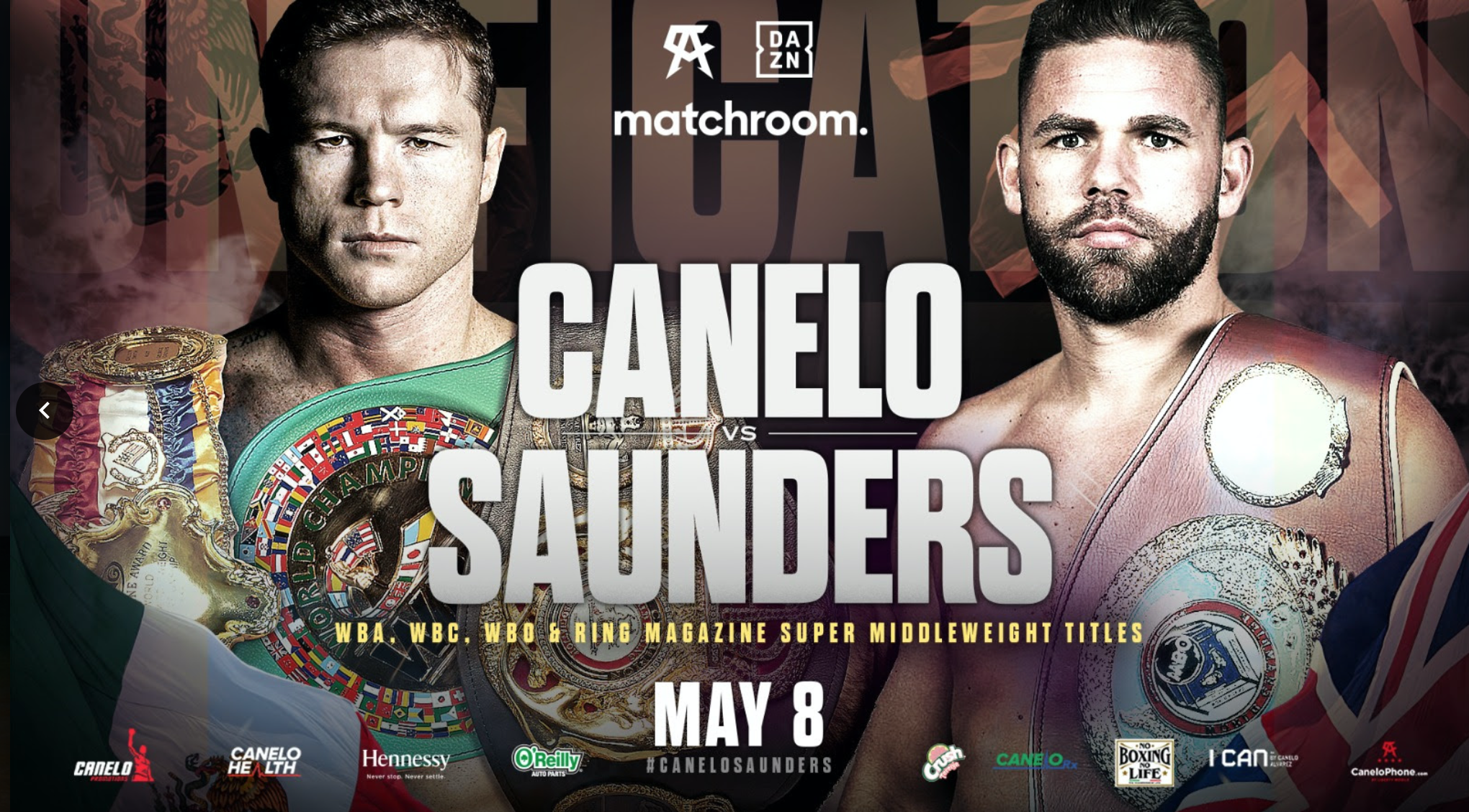 “I’m going to win, without a doubt”. Canelo Alvarez’s mindset was revealed today in the virtual press conference with his opponent Billy Joe Saunders, ahead of their May 8 fight at AT&T Stadium in Arlington, Texas. “I’m going to win. I’m training at 100 percent. I came to win, I came to make history, and that’s the only thing going through my head” Canelo (55-1-2, 37 KO) added. The Mexican fighter will be defending his WBC and WBA super middleweight belts, while Saunders (30-0, 14 KO) is presently the WBO super middleweight champion.

Canelo’s plan is clear: unify three of the four world titles in the 168-pound category, then face Caleb Plant to conquer the IBF belt and become undisputed.

Destroying that dream has now become Billy Joe Saunders’ reason of life. “Canelo’s been on my radar ever since I turned pro […] Now’s my time to shine.”  Beating the Mexican fighter “would mean the absolute world to me. I’ve been boxing since I was five years old, and to get to this stage of my career, this is the pinnacle of the pinnacle. This fight is going to be legacy because of what’s on the line” Saunders explained.

Canelo is aware that the 31-year-old British boxer might turn out to be one of his toughest opponents and he is eager to face this challenge.  “I know what Billy Joe Saunders brings. He’s a fast fighter who moves a lot. He’s a lefty, a difficult opponent. But at this level I have to adapt to any style, and I’m ready to make history and ready for any style.”

Considered by many as boxing’s pound-for-pound king, Alvarez is feeling in his prime. “I obviously really wanted to fight after 13 months without a fight. So that’s why I’m fighting three times in a little more than five months. I feel very happy and ready. I’m always ready to fight, and boxing is my life so I’m very happy to be so active.”

Over 60,000 fans are expected at the home of the Dallas Cowboys in the biggest boxing event of the year so far.

“I’m looking forward to a lot of support from the fans at the stadium yelling ‘Canelo!’ It’s going to be incredible” said the Mexican Champion, honored and proud to represent his country during the Cinco de Mayo weekend.