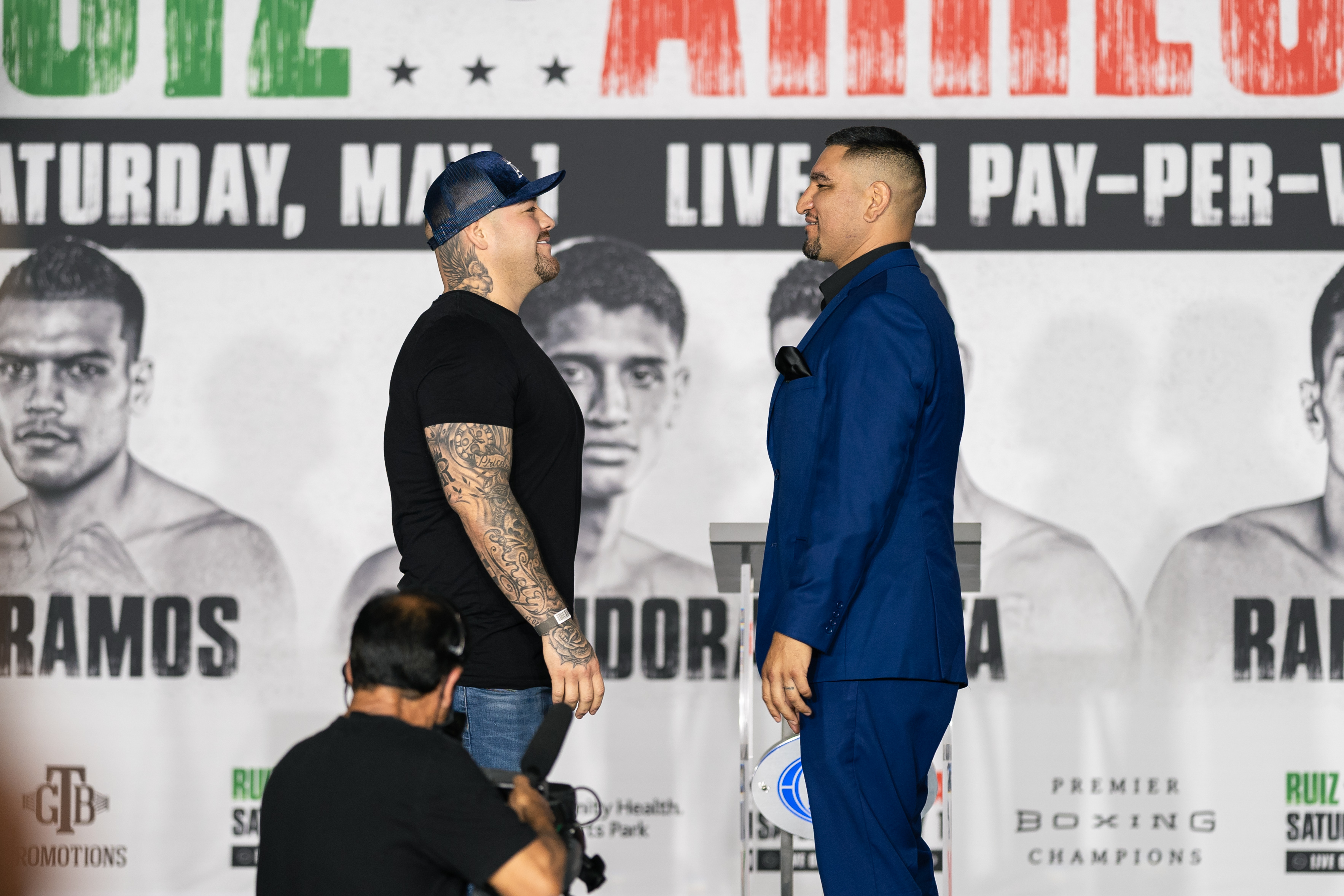 All-Mexican origins for the two fighters in this bout, taking place only four days before Cinco de Mayo.

Ruiz is getting back into the ring for the first time since his decision loss to Antony Joshua in December 2019. At the time, he weighed about 300 pounds on fight-day and seemed a lot less focused than he was in his unexpected win against the Briton six months earlier, which is still considered one of the biggest upsets in boxing history.

The Mexican-American boxer is anticipating to be at 255-257 pounds for this bout. “It’s my best fight-weight and I feel good” said Ruiz, who started his training camp at 310 pounds.

Andy’s new asset? One he had been missing for a while: discipline. “You can’t play boxing. You gotta work hard and being disciplined. You can’t just be ready whenever you have a fight day. You have to stay ready” he stated.

Ruiz is enjoying training with pound-for-pound boxing king Canelo Alvarez. “When I train, he trains. He gives me little tips when I’m doing something wrong” he explained. “Since we are teammates, we want the best for each other and we want to win all the time”.

The ex heavyweight champion of the world believes to have become “a lot better” than he was before. He spoke about rebirth. “I killed the old Andy, bringing to life the new Andy. I have a lot to prove, I let a lot of people down, my family as well. That’s why I had to make a big change” he emphasized.

Despite having slim chances, Ruiz’s long-term goal is to become a two-time World Champion beating the winner of the Joshua vs Fury fight.

His fellow Mexican-American opponent is devoted to shattering this dream. Arreola knows what Ruiz’s biggest weapons are. “I have to be very aware at all time. He has fast hands. By far some of the fastest hands in the heavyweight division. I have to make sure that I bring my hands back and move my head” he said.

How did Arreola prepare to face a pressure-fighter like Ruiz? “I worked non stop on defense, counterpunching” the 40-year-old boxer explained. “I had to maintain focus, I had to make sure I had Andy on my mind”, he added, defining Ruiz “a mountain of a man, I don’t mean by size, I mean by strength”.