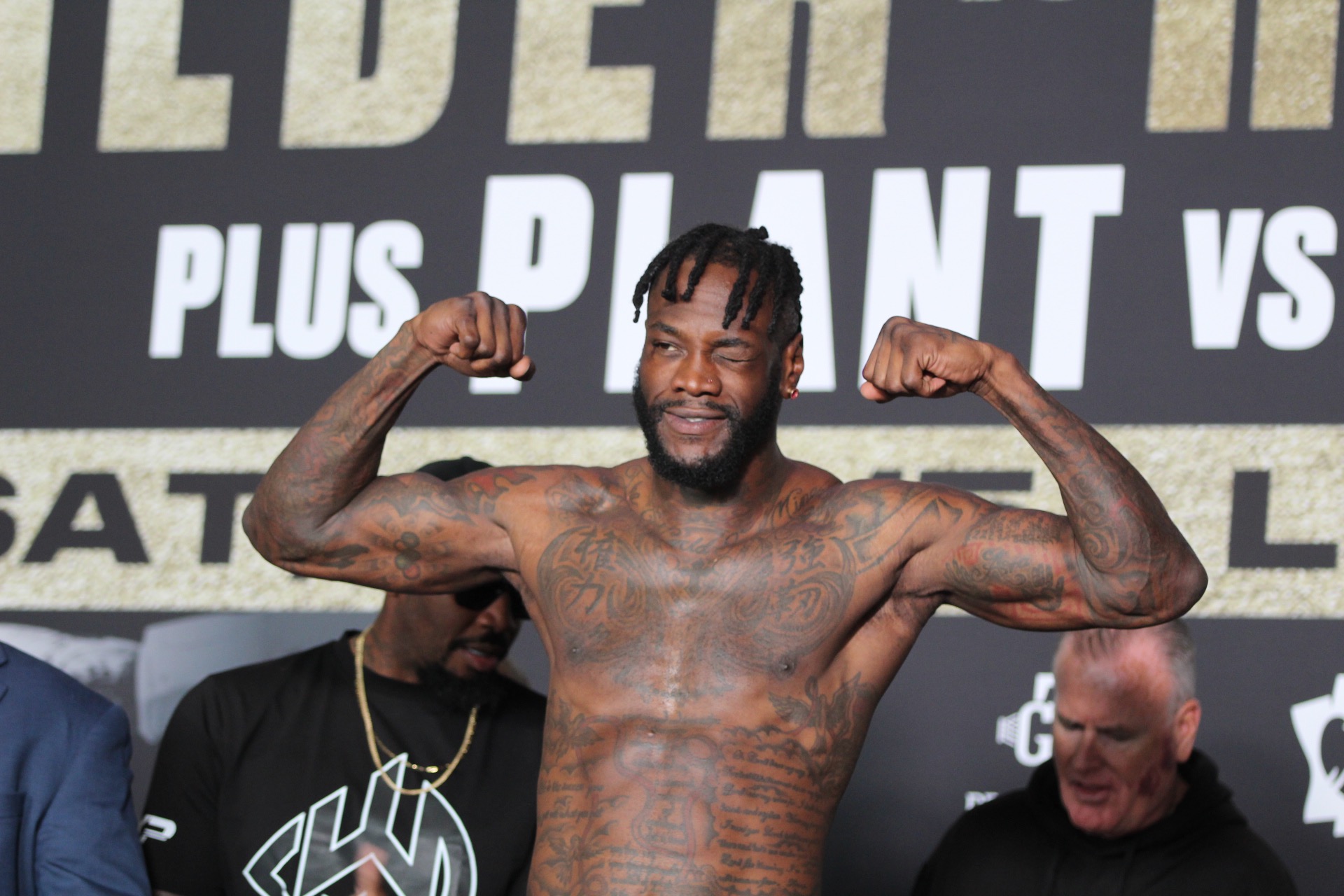 When Robert Helenius and Deontay Wilder met Friday morning, it was quite a contrast to the last time
the two fighters were on stage for a weigh-in. Missing was the mouthing off from Fury while Wilder
stayed silent and the intense stare down Helenius had with Adam Kownacki was not there either. There
was something different here.
It was respect.
No one saw respect after the weigh-in for the Co-Main Event weigh-in between Anthony Dirrell and
Caleb Plant. Dirrell was determined to make that one personal. Whether it was an attempt to get into
Plant’s head or genuine hatred, we’ll find out tomorrow night how his strategy pays off.
But back to Wilder and Helenius. They have shared a fight camp twice now and know each other well.
Helenius even trained at Wilder’s gym when he first defeated Kownacki in 2020. That was after the
second Fury fight when Helenius was nothing but supportive of Wilder during camp.
That was then though. Now they both will be in the ring with no headgear and smaller gloves. While
Helenius might have felt some of Wilder’s power during that first camp, he has not felt the full effect
when Wilder has bad intentions. Helenius acknowledged that Thursday at the pre-fight press
conference.

“Sparring is much different than a fight. We know that the punches are going to be for real this
time. You’re going to see a smart Helenius who’s moving well in this fight,” Helenius said.
Make no mistake, Wilder has knocked out more than a couple of fighters he genuinely likes outside of
the ring. Notably, his current trainer Malik Scott was knocked out in the first round when he and Wilder
met in 2014. Scott joked around with Wilder at the weigh-in and Wilder laughed at some of Scott’s
antics, but in the ring, it was all business.
Wilder is definitely not taking Helenius lightly. “We both have the warrior mentality,” Wilder said
Thursday, “When you fight with your heart, you’re willing to go out on your shield. That’s what
everyone is going to see on Saturday.”
On Friday, Helenius (31-3, 20 KOs) stepped on the scales at 253.25 lbs. Wilder (42-2-1, 41 KOs) weighed
214.5. The fight is the lowest for Wilder since the first Fury fight and he was outweighed more then. No
power was lost as Wilder very nearly ended that fight at the end as many will remember. Before that,
Wilder weighed a similar amount against Luis “King Kong” Ortiz when he knocked him out in the tenth
round.
In the interview after the weights were announced, Wilder was asked about his lower weight. He stated
he has found his happy weight. There’s no way to think it is not. He has performed optimally at the
lower weights.
After speaking to the television crews, Helenius and Wilder met for the customary staredown.
Afterwards, there was no mouthing off, no threats, or lunging after each other. There was a quick hug,
and the fighters walked in opposite directions. Both know what’s at stake tomorrow and will go into the
ring with a determination to win and move on with their careers.
It’s not personal, after all, it’s just business.

Kickboxing World Champion Luca Cecchetti: “I am ready to beat Fredo Cordeiro at The Art of Fighting 2”
Wilder stuns Helenius with 1st round KO, worries about his opponent’s health. Tears!
Loading Comments...