Kickboxing World Champion Luca Cecchetti: “I am ready to beat Fredo Cordeiro at The Art of Fighting 2” 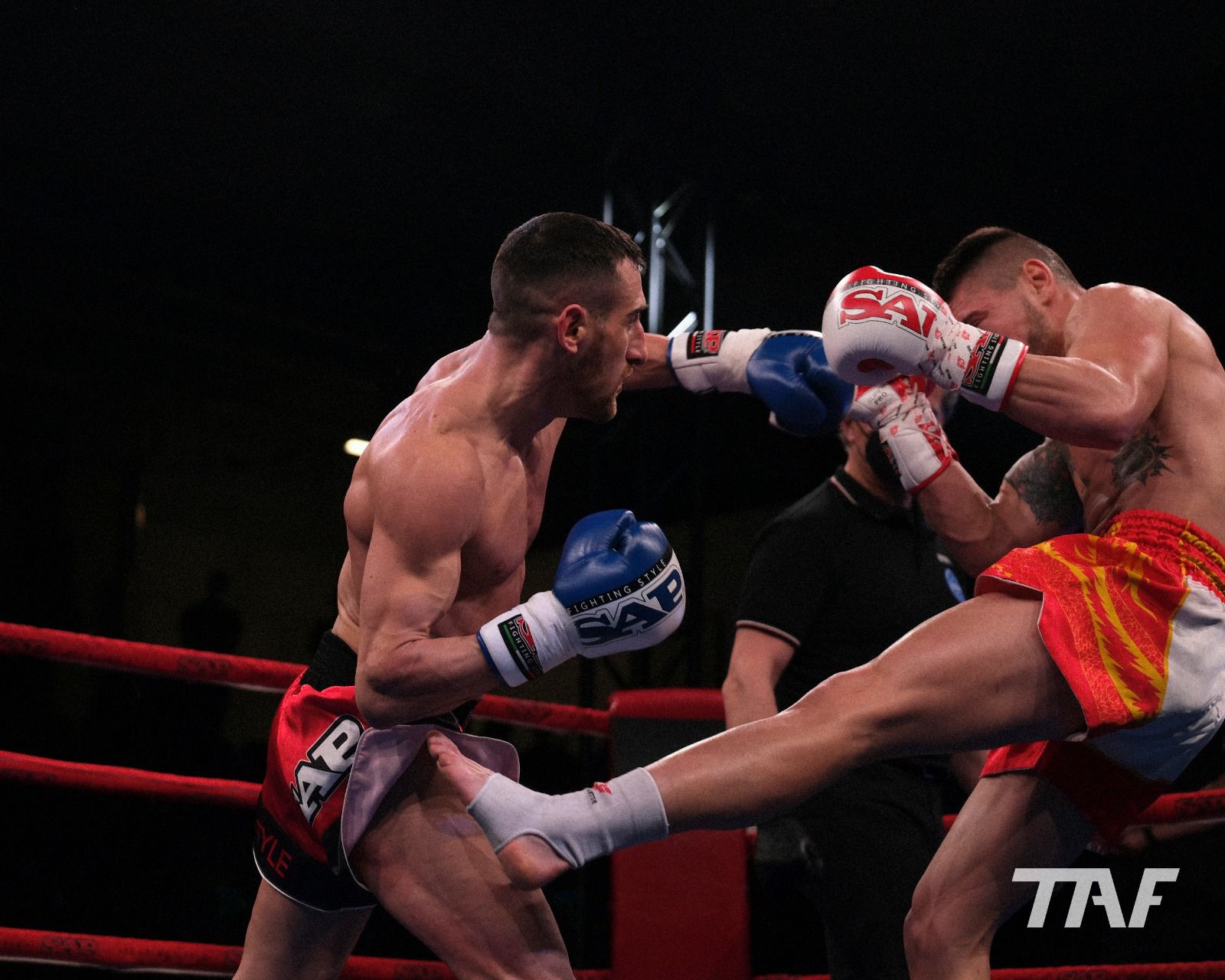 Kickboxing World Champion Luca Cecchetti (53-5) will be the main attraction of The Art of Fighting 2, a Las Vegas-style event scheduled for November 19 in Meda (Northern Italian town known internationally for its design creations).

Cecchetti will fight Fredo Cordeiro (Portugal) on the 3-round distance with K-1 rules (punches, kicks and knees). Luca Cecchetti is the current Wako-Pro World bantamweight champion, but the title won’t be on the line against Cordeiro. Cecchetti won the Wako-Pro title last June 18th at the Royal Palace of Venaria (Piemonte, Northwestern Italy) in the main event of The Night of Kick and Punch 12, defeating in four rounds Maxim Kazacu (Belarus/Moldova). It was a spectacular, tough and bloody war with Cecchetti going down in the second round, getting up, assaulting Kazacu and forcing him to quit in the fourth round.

From 2017 to 2019 Luca Cecchetti was the Wako-Pro World featherweight champion. Winning the most important title in two weight divisions is a great accomplishment for the 31-year-old Italian fighter as Wako-Pro is the largest kickboxing organization on the planet sanctioning events in the five continents. In his career Luca Cecchetti fought in Italy, Switzerland, Germany, Latvia, France and Russia.

“Yes I did and he is very strong. He is also heavier than me and therefore he will have to make more sacrifices to make the weight. I don’t make many sacrifices to be under the bantamweight limit (56,400 kg) as I usually weight 5 or 6 kg more between fights.”

Tell us about your training.

“I train twice a day. In the morning I do athletic training. In the evening I go to the gym for specific kickboxing training. I have great sparring partners: Wako-Pro World featherweight champion Luca Grusovin and One Championship World strawweight champion Joseph Lasiri. Considering this, I am well trained and ready to beat Fredo Cordeiro on November 19.”

Who was your toughest opponent?

“Markko Moisar, whom I fought at King of Kings in Latvia on May 22, 2015. At the arena in Riga there were 7,000 spectators. I lost on points. Another tough opponent was Astemir Borsov. We fought at Sachalin, a Russian island north of Japan that geographically is part of Siberia. I lost on points. I am proud to say that in all these years in the ring I never lost by knock out.”

What about your most memorable victory?

“I have many important victories, but one in particular was covered by the press internationally: The one against Alex Avogadro at Bellator in Milan on October 12, 2019. I defeated Alex with a knee to the face in the first round. That knee blow was so spectacular that the foreign press talked about it. The historic PalaLido (5,300 seats) was sold-out on that night.”

Deontay Wilder is back: “I have 3 more years”. Main reasons for his return to the ring
Deontay Wilder and Robert Helenius Now Ready to Meet in Barclays
Loading Comments...