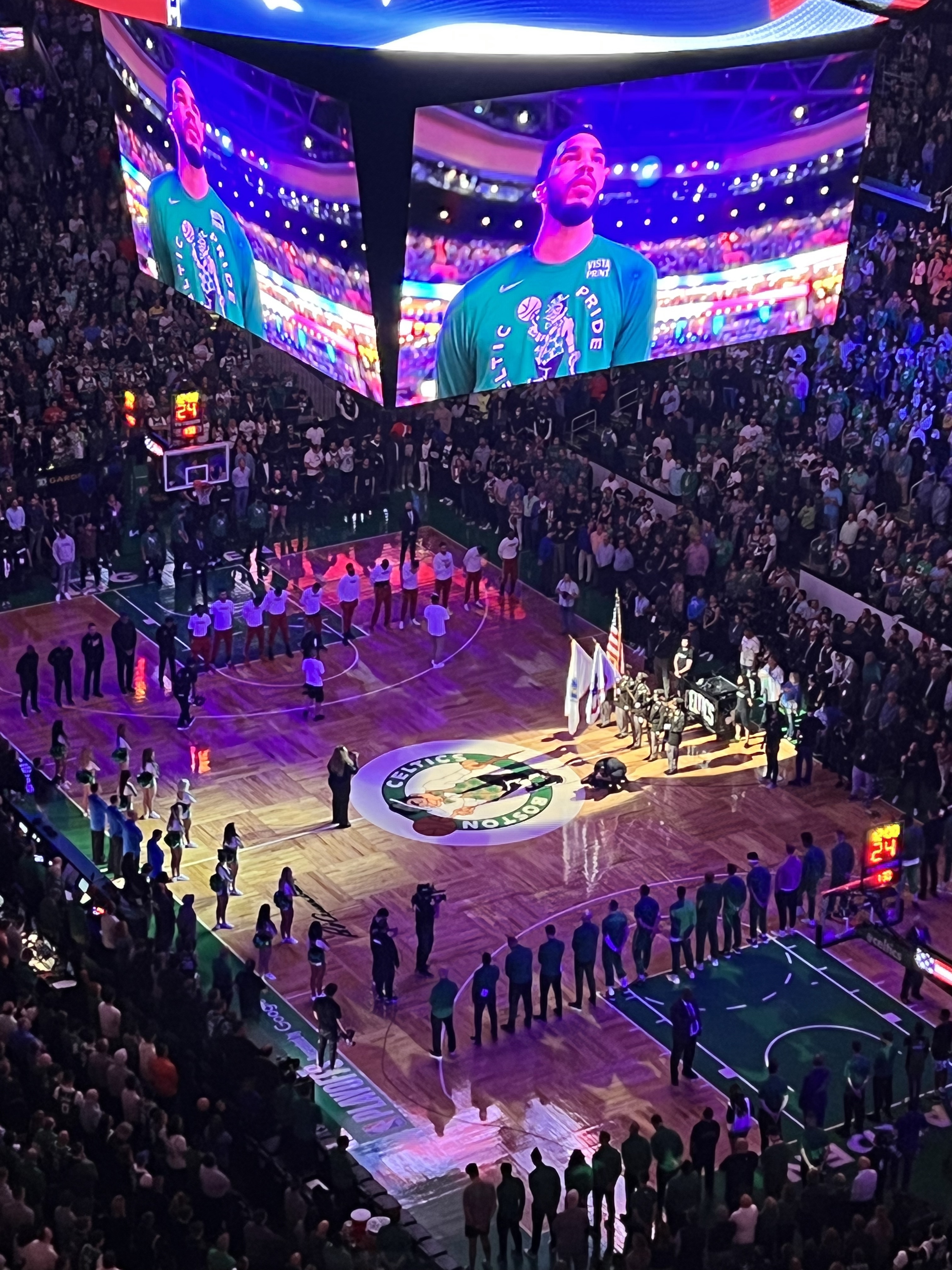 After a bad loss in game 3 in Boston, the Celtics protected their home court with a blowout win over the Miami Heat in game 4, bringing the series to a tie, 2-2.

While the Heat really struggled on the offensive end all game long, it was a team effort for the Celtics, that went into halftime with a 24-point lead and finished the game 102-82.

Series goes back and forth

The Heat seemed able to neutralize Jayson Tatum’s shooting ability in game 3, containing him to 10 points. The story was different in game 4, where Tatum got over 10 points with two minutes left in the first quarter. He led the way to the win with 31 points, 8 rebounds, 5 assists.

This series has been a back and forth war and I expect it to go to 7 games.

In a historically bad shooting night, Miami missed the first 14 shots in the game. The Heat had just 1 point in the first eight minutes: The fewest points from a playoff team in the past 25 years of NBA. Miami had just 11 points in the first quarter, the fewest in the history of the franchise.

Butler: We need to play better

As Jimmy Butler stressed in the post game presser, the Heat “need to play better” and he is “not worried about that.”

On the other end, Heat’s Kyle Lowry said “there is always concern,” but the Miami team should “let this game sting, then put it behind them and focus on game 5.”

I expect Miami to bounce back and protect their home court at all costs.

Let’s see if the huge leads continue in the news games.

In the first game, Miami had a monster third quarter, in which they outscored their opponent by 24 points. In game 2 it was Boston to outscore Miami by 25 points in the second quarter. Miami’s answer: A majestic 39-point first quarter in game 3. And then Boston’s huge lead in game 4. If the series continues this way, a home win shouldn’t be a big issue for Miami. But adjustments can be the key to change everything on Wednesday.

Great matchup. But who can face the Warriors?

A great matchup, as it is impossible to predict who will win. Another question arises though: Are the Heat or the Celtics able to beat the Warriors? Which team has better chances and is a better matchup for the likely finalist Golden State franchise?

At this point, allowing these huge leads doesn’t look good for either the Heat or the Celtics. And nobody wants to see a sweep in the finals.

For now, Butler & co. will need to step it up on their home floor. And Herro’s comeback might help the Heat tremendously.

Either team will have to play on another level to have a chance in the finals.

Listen to what Tatum, Robert Williams, Jimmy Butler and Kyle Lowry have to say about their mindset and strategy facing game 5.