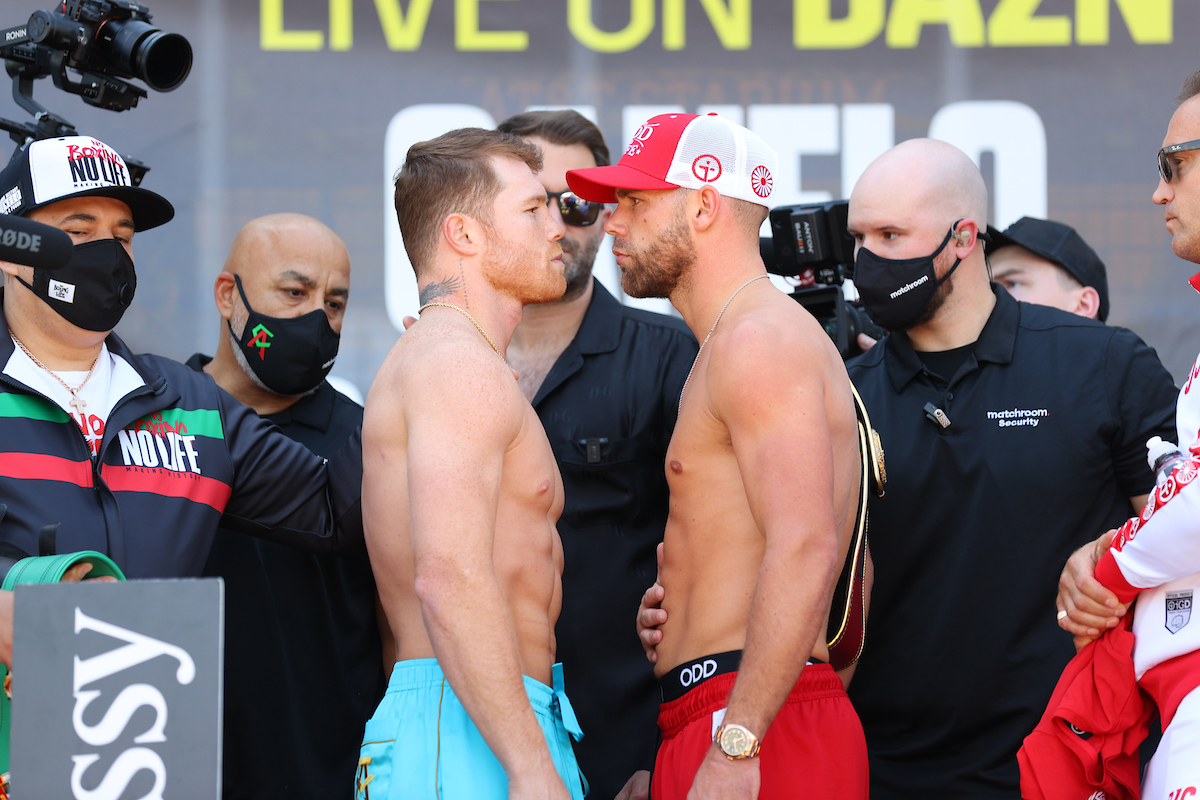 The second unification bout for the super middleweight title will be fought by Saul “Canelo” Alvarez and Billie Joe Saunders on May 8th at Dallas Cowboys’ AT&T Stadium in Arlington, Texas.

The WBC, WBA, WBO, Ring Magazine Championship titles are on the line.

Canelo, the odds on favorite, has several physical and mental advantages heading into this fight. In 2013, he lost what was considered, at the time, “the biggest fight of his career”.

The majority decision loss to Mayweather, at the age of 23, motivated him to improve his fight game. He has not lost since. He has stood in front of and beat some of the best fighters in the sport of boxing. Names like Golovkin, Miguel Cotto, Kovalev; fighters that are surefire boxing Hall of Famers.

Alvarez also has been fighting exclusively in the United States since 2009. For “Superb” Saunders, who fought most of his career in England, this will be only the third fight in this hemisphere.

Moreover, Cinco the Mayo weekend in Texas is as close to a hometown advantage for the Mexican boxer as possible.

Canelo has been active. This will be his third ring appearance in five months and he also brings to this fight almost two hundred rounds of championship level experience from the last ten years.

However, there is a possibility of a loss for Canelo. Previous matches against southpaws proved to be a challenge. Austin Trout had some success throwing his left hand upper cut. Despite his split decision loss, Erislandy Lara jabbed and moved successfully, keeping Canelo off balance for much of the fight.

The Guadalajara native can still be susceptible to both of these strategies. We can expect him to counter either of these approaches with body shots and his own upper cuts. Canelo is able to double dip hard to the body with his left.

The undefeated Saunders’ clear-cut advantages are his height and his reach.

The British fighter also moves very well and throws an excellent left upper cut. He can keep Canelo off balance and put him in danger with the right strategy and style of attack. His movement can protect him and frustrate Canelo for a good part of the fight if he maintains the energy necessary.

The analysis of Canelo’s body of work includes some great success over southpaws (James Kirkland, 2015), but most of Saunders’ success has come against Orthodox stance fighters. This will not be an unfamiliar territory for the British southpaw, who’s looking forward to “the most important fight of his life”.

“The mentality that a Mexican fighter has is to never crack, to always give his best until the end. That is something that makes a big difference” Canelo said in a recent interview. “I think Mexican boxing is also about knowing how to move, hit, and not get hit” the four-division champion explained.

Saunders, is ready for the challenge. His strategy will be about discipline and composure. “We can’t run in this fight. We’ve got to keep our feet close to the ground and we’ve got to slide and glide and not get drawn in to what he [Canelo] does and that’s what it’s all about with Billy Joe” said the Brit’s trainer Mark Tibbs. “It’s about him being disciplined in what he’s got to do and not locking horns and planting his feet because it won’t work in our favor if we do that. Saunders knows what he needs to do. Canelo knows what he needs to do. I’m hoping Billy Joe can stick to his clever thinking and box his head off. That’s what we plan to do” Tibbs explained, emphasizing that his technically sound fighter has a skillset Canelo hasn’t seen in any of his previous 58 pro fights.

Ambitious plan for the British underdog while the odds are in favor of the Mexican boxing icon, whose win probability is over 80%.

Canelo Alvarez vs Saunders: The quiet before the storm
Brawl with Paul. Mayweather: No one will disrespect me.
Loading Comments...