Brawl with Paul. Mayweather: No one will disrespect me. 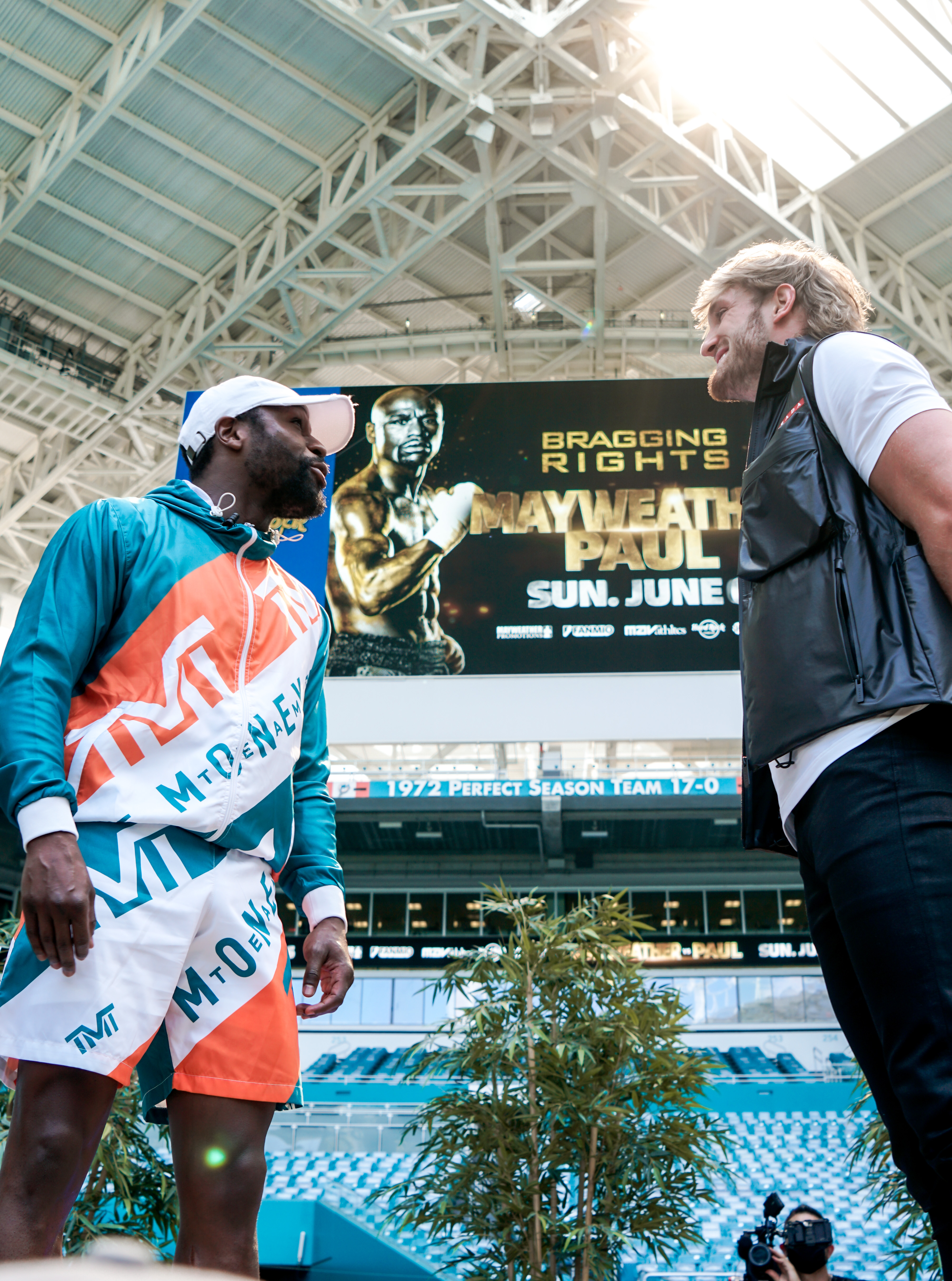 “Floyd came out of retirement, just to get re-retired” said social media sensation and pro boxer Logan Paul. “I’m about to beat the greatest fighter of all time,” he added.

Mayweather, a living boxing legend, will make his return to the ring in an exhibition clash against Paul at the Hard Rock Stadium in Miami Gardens in less than a month.
“It’s one thing to sell a fight, and people can say what they want, but one thing no one is going to do is disrespect me,” declared Mayweather.

The undefeated, 12-time, five-division world champion, and 2020 International Boxing Hall of Fame inductee Mayweather last fought in an exhibition match in Japan on New Year’s Eve 2018. His last professional fight was the stoppage win over Conor McGregor in 2017, the second biggest pay-per-view event in the history of television.

His unbelievable career spans over three decades and includes 24 wins over world champions, such as Canelo Alvarez, Manny Pacquiao, Oscar de la Hoya. His 2015 fight vs Pacquiao still has the all-time pay-per-view record with 4.6 million buys.

At age 44, Mayweather will face another international star: 26-year-old Paul, who rose to fame on the internet by welcoming various social media platforms into his “private” life.

He accumulated over 20 million followers on YouTube. His supporters sold out Los Angeles’ Staples Center when he started his professional boxing career in 2019.

Paul is six inches taller than Mayweather and owns an eighteen-year advantage.

The internet personality from Westlake (Ohio), a former high school wrestling standout, is confident and ready to face an undefeated legend of the sport of boxing.

In another PPV fight, former NFL star Chad Johnson, also known as Ochocinco, will make his boxing debut in an exhibition bout against an opponent to be announced. The wide receiver trained for years with Mayweather in Las Vegas during football offseason and will finally test his boxing skills.

The PPV event starts at 8P.M. ET on SHOWTIME on June 6th.