No knockout for Floyd Mayweather vs Logan Paul exhibition 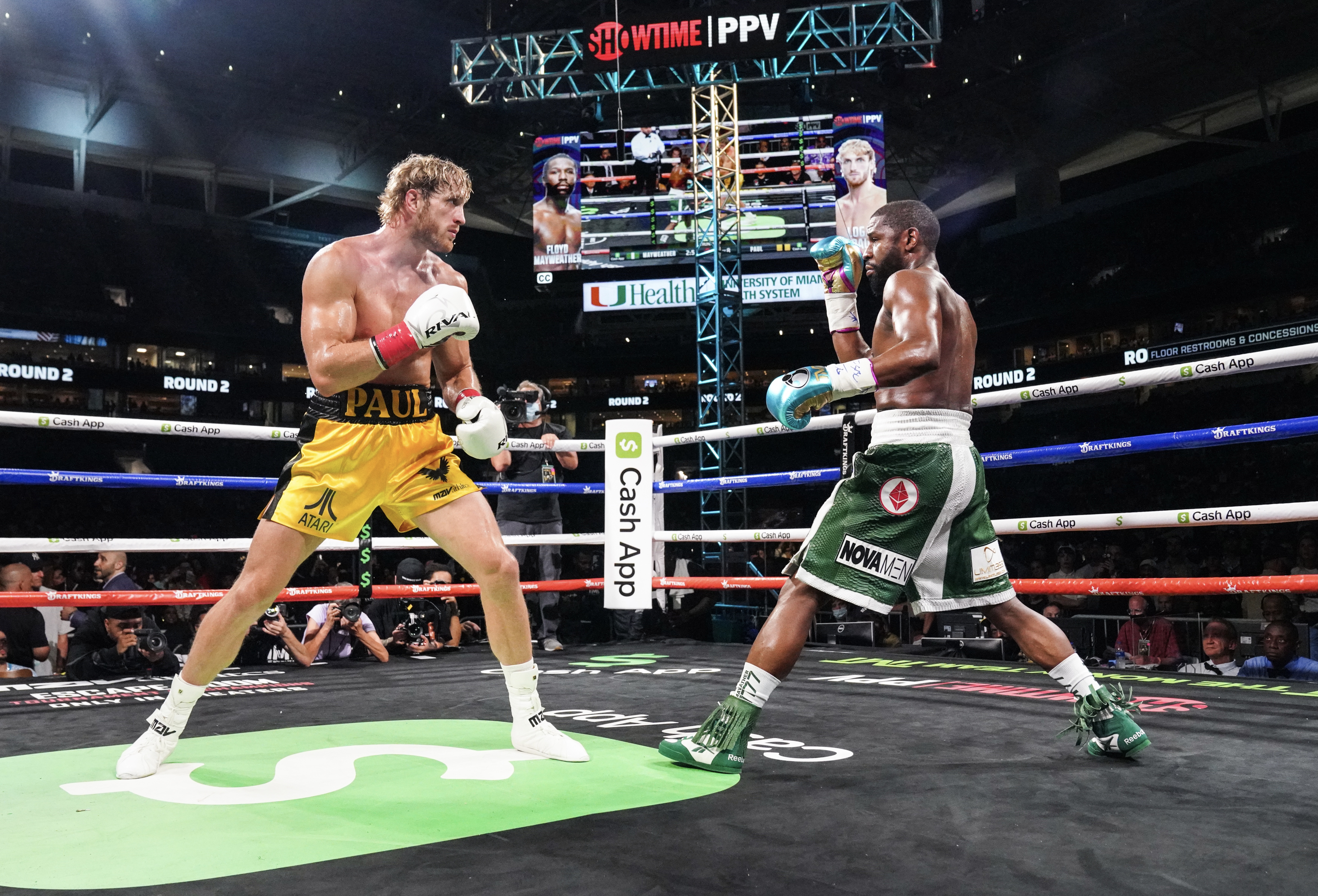 Main Card: No Knockout for Mayweather

Check out the build up here: https://viaggiosport.com/2021/05/brawl-with-paul-mayweather-no-one-will-disrespect-me/

“He was strong, tough and better than I thought he was,” he said after the fight.  “I was surprised by him tonight. That was some good little work.”

Paul was living the dream. “It’s an honor to share the ring with Floyd,” he declared. “He’s one of the GOATs. This is one of the coolest things ever.”

The event brought together two different worlds, uniting sports and entertainment fans around the world.

Mayweather appeared cautious, showcasing his patient and clinical boxing style in the first rounds. Paul came forward with a good number of power shots, that were mostly blocked, but excited the crowd.

Despite Mayweather’s power shots, Paul sustained punishment and used his over 30-pound weight advantage to tie Floyd and avoid a knock down.

“Even without much experience, he knew to use his weight to tie me up tonight,” commented Mayweather. “I had fun tonight,” he added. “I thank all the fans who came out, you’re all unbelievable.”

“Even without much experience, he knew to use his weight to tie me up tonight,” commented Mayweather. “I had fun tonight,” he added. “I thank all the fans who came out, you’re all unbelievable.”

I don’t want anyone to tell me anything is impossible ever again,” said Paul. “The fact that I got in here with one of the greatest boxers of all time, it proves the odds can be beat. Anyone can beat the odds and do great things in life. This is one of the greatest nights of my life, I’m happy.”

I had fun,” said Johnson. “I had two months to get ready for this and I want to thank God for keeping us safe out there. I want to thank Floyd, Leonard Ellerbe and my whole team for allowing me to check this off my bucket list.”

Once known as Ochocinco, Johnson – landed some powerful jabs and avoided serious damage from Maxwell in the first three rounds. In round four, the six-time Pro Bowler was sent to the canvas, but was able to get back on his feet and make it to the final bell.

My life has always been about taking chances and doing crazy stuff and this is just another one off my bucket list,” said Johnson. “It’s a message for a lot of people who are scared to fail, scared to lose, scared to take chances to go out there and live. Don’t be scared to fail, it’s okay. I don’t box. I fight but it ain’t in the ring, so of course I was a little sloppy.”

Check out the intro here: https://viaggiosport.com/2021/05/former-nfl-star-chad-johnson-ready-for-boxing-debut-in-exhibition-vs-mma-bkfc-veteran-brian-maxwell/

Durant stratospheric. Nets take a 3-2 lead over the Bucks

Hawks & Gallinari. What is Trae Young learning from him? Secret sign language with Bogdanovic. Coach.

Bucks get crucial win over Nets with defense-first approach

SPORTS REPORTER AND FASHION PHOTOSHOOTS: A STORY OF ITALIAN PASSION.

James Harden’s injury update. How long will he be out?

No knockout for Floyd Mayweather vs Logan Paul exhibition