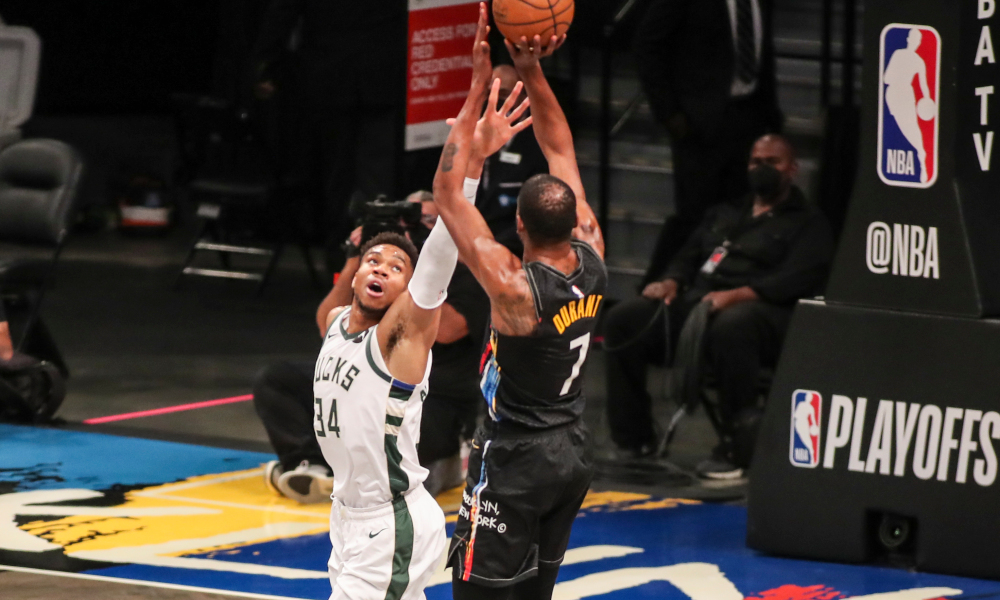 The Brooklyn Nets dominated the Milwaukee Bucks 125-86 in game 2 of the Eastern Conference semifinals. The 39-point blowout is the largest playoff win in franchise history.

With 32 points and an incredible performance, Kevin Durant led the team to a 2-0 lead in the series. The absence of the third big Nets’ star, James Harden – ruled out for hamstring tightness – didn’t stop Brooklyn’s dominance.

“I think we are capable of greatness every single night,” Kyrie Irving said. “It’s basically what it has come to: Remaining resilient no matter what’s going on and sticking to our preparation, our game-plan.”

“We just did what we were supposed to do: Won two at home […] we gotta stay locked in” Kevin Durant explained after the game.

“Great start! Guys were prepared and hungry. Not only played well, but battled, fought, and scrapped. Did the little things that it takes to win” coach Steve Nash said.

The series moves to Milwaukee. Game 3 will take place on Thursday at 7:30 P.M. ET.

For more on Harden’s injury: https://viaggiosport.com/2021/06/james-harden-injury-update-how-long-will-he-be-out/

James Harden’s injury update. How long will he be out?
Bucks get crucial win over Nets with defense-first approach