James Harden’s injury update. How long will he be out? 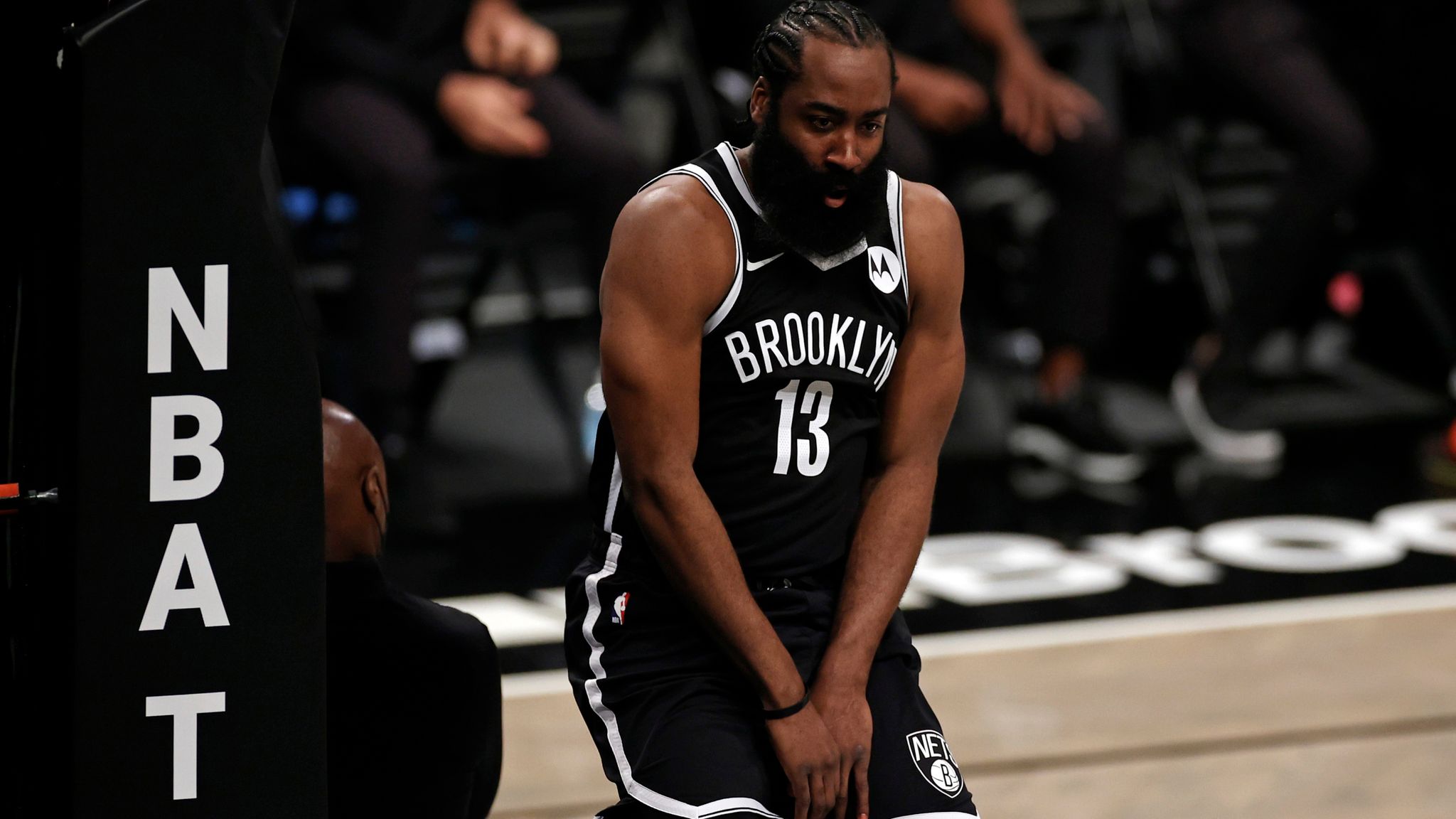 The Brooklyn Nets officially ruled James Harden out of Game 2 of the Eastern Conference semifinals. Jarden is dealing with what the Nets’ press release describes as right hamstring tightness.

The Coach’s comments: Harden out

“Yeah. I mean you know to be honest with you, tightness, and most importantly is he’s out for the next game,” Brooklyn’s coach Steve Nash said on Sunday. “We’re preparing for tomorrow night as we ended up playing last night and that’s our focus. For James, we obviously are desperate for him to return and he’s a huge piece of what we do and our team, but at this point I think it would be all guesswork to really understand — he’s had such an up-and-down recent history with it and it’s really hard to predict, so let’s hope for the best. But we can’t really say anything too predictive or too definitive right now.”

Injuries have been the scariest Nets’ opponent this season. The Big 3 – James Harden, Kevin Durant and Kyrie Irving –  played just eight games and 202 minutes together during the regular season.  Only 43 seconds into game 1 of their second-round series against the Milwaukee Bucks, Harden injured his hamstring again and left the game to undergo an MRI.

Right after an offensive possession, Harden was seen grimacing and reaching for his right leg.

“All I’m aware of is tightness,” Nash said. “I think James, he has high hopes. And wants to be back ASAP. Now I think we want to protect James, too. We want to make sure he’s right. This is playoff time, this is time to take some risks, but it has to be right to take those risks. We’re not going to take any old risk. So we hope he’s back. I think he believes he can be back. But we gotta see what happens, and only time can tell how he responds and where he’s at in the coming days.”

“The Beard” missed 21 games during the regular season because of a right hamstring injury. How are the Nets’ championship dreams impacted by this? The team has proven to be ready to step up. Kyrie Irving and Kevin Durant have enough help from the rest of the team. Blake Griffin put up an amazing and crucial performance in game 1 against the Bucks. Joe Harris and Mike James helped the team a lot. The team is able to keep its head above water. But, in order to win a championship, the Nets need Harden back.