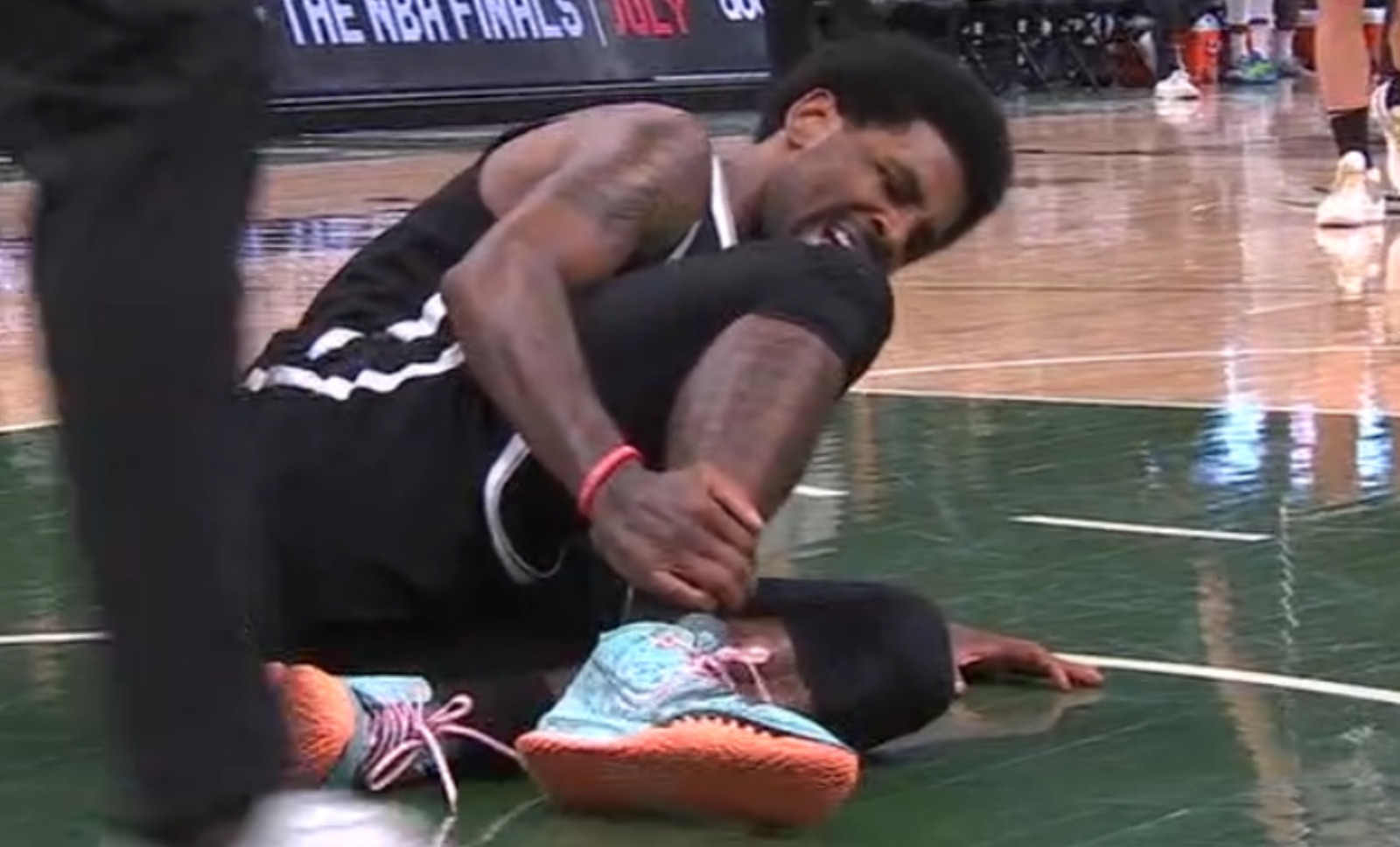 Injuries keep battering the Brooklyn Nets: With 5:52 remaining in the second quarter of Game 4 against Milwaukee on Sunday, Kyrie Irving sprained his ankle. He jumped during a play and landed on Giannis Antetokounmpo’s foot. Irving’s ankle looked visibly twisted when his foot touched the ground.

Watch how it happened:

Although in evident pain, he was able to walk to the locker room, but was ruled out for the remainder of the game. Initial X-Rays came back negative, but the All Star guard needs to undergo further evaluations and treatment. Irving left the Milwaukee arena using crutches and a walking boot.

Before the injury, Irving had 11 points and it was a very tight game. After Irving left the floor, the Bucks were able to dominate the game and got to tie the series with a 107-96 win.

There’s no timetable for Irving’s return, but coach Steve Nash is keeping his hopes high.

“I have no idea what’s going to happen with him in the coming days,” Nash said after the game. “We’ll cross our fingers and hope that it’s better than — I don’t know, better than what? — better than missing the next game,” he added.

Brooklyn’s coach made sure to let the media know that Irving’s injury will not be a reason to speed up James Harden’s return. Harden got a hamstring injury in the first minutes of the series vs the Bucks, second round of the playoffs.

“James is an independent case. I don’t want James to be rushed back,” Nash said. “If he’s able to play next game or the game after, that’s fantastic. If he’s not, I don’t want to rush him back and jeopardize doing something worse or making this a long-term injury. So we’ll see. We’ll have to take all of these things into account, and evaluate them and try to make a smart decision.”

So the Nets will probably be missing two of their three big stars in game 5 of the Eastern Conference semifinals. The return of at least one of them could be crucial. The Nets can just hope Irving’s injury will not take long to heal. Game 5 between the Nets and the Bucks is scheduled for Tuesday night in Brooklyn.

Some insiders feel the high number of injuries during these playoffs might be a direct result of the compressed schedule for 2020-21. Despite a late (December) start of the season, the league fit in a 72-game schedule.

Hawks & Gallinari. What is Trae Young learning from him? Secret sign language with Bogdanovic. Coach.
Durant stratospheric. Nets take a 3-2 lead over the Bucks
Loading Comments...