Durant stratospheric. Nets take a 3-2 lead over the Bucks 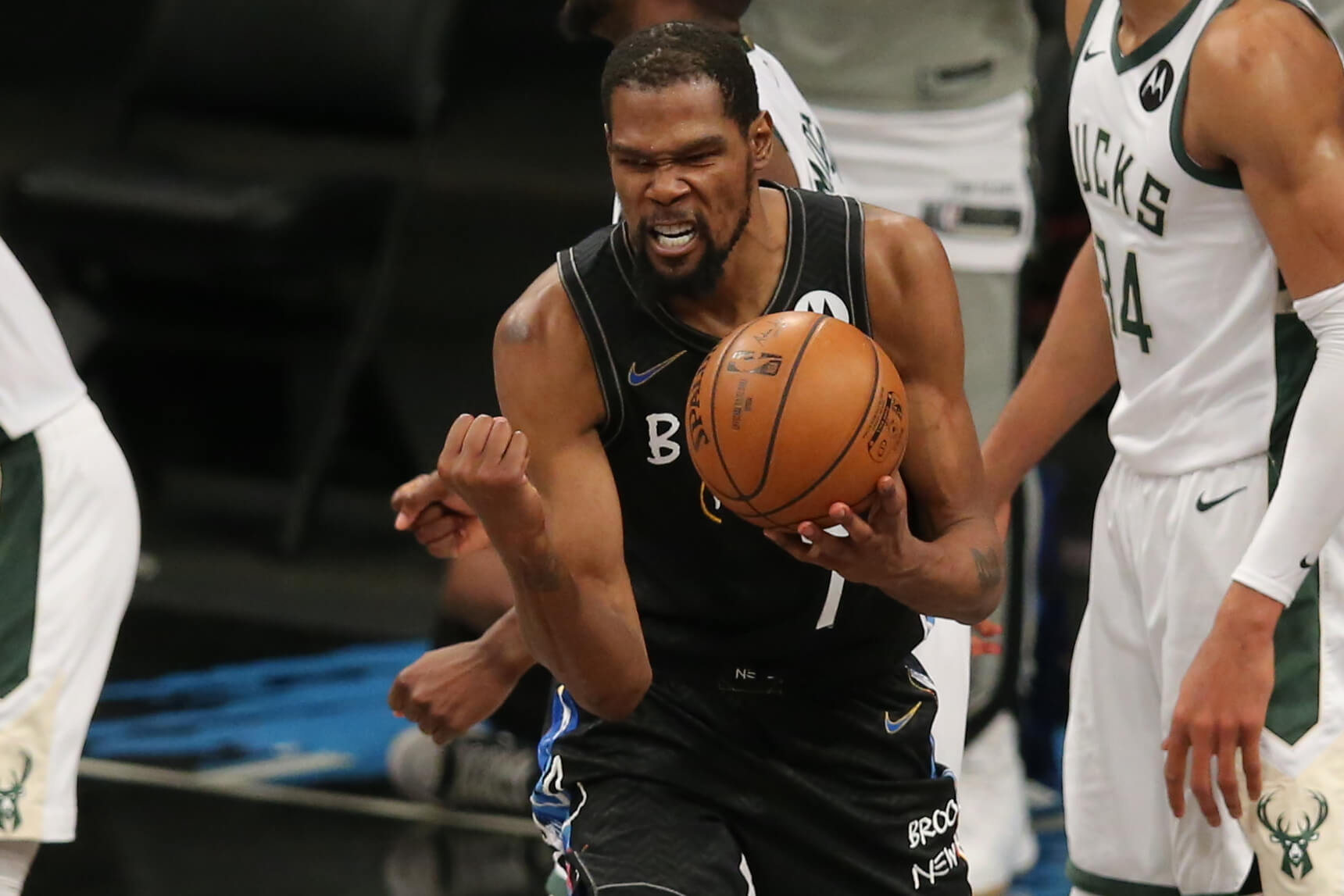 After losing game 3 and 4 of the Eastern Conference semifinals in Milwaukee, the Brooklyn Nets dominate game 5, taking a 3-2 lead.

49 points, 17 rebounds, 10 assists, three steals, two blocks in 48 minutes on the floor for Kevin Durant: One of the best  performances in NBA history. Before the game, Durant said he’d do ‘whatever it takes’ to get a win. It looked like a masterpiece.

Despite proving once again he’s one of the best in the league and able to make history, Durant is not in ready to celebrate just yet.

“We’ve got another game. We’ve got to travel and we’ve got Game 6. I can’t celebrate because we won the game.”

His coach and friend Steve Nash appeared pleased. “ Historic, historic performance… It’s ridiculous what he’s able to do,” he said. “We know he is capable of nights like this, but to do it tonight…We lose Ky, James obviously is soldiering through his ailments, we’re down bodies, we’re wounded and for him to have the toughness, the mentality, that’s what makes him one of the all-time greats” Brooklyn’s coach added. “This is a signature performance for Kevin and it was beautiful to watch.”

Durant played every single minute of the game, resting just during timeouts and at halftime. “It’s not ideal, what can I tell you, but if we didn’t play him, we probably weren’t winning, “ explained the coach.

The Nets were trailing 29-15 after the first quarter and 59-43 at halftime. Then, Durant’s explosion of toughness led the team to a 114-108 victory over the Bucks. Kyrie Irving was still sidelined due to an ankle sprain, while James Harden was back, even if significantly slowed down by his hamstring injury.

Game 6 is on Thursday in Milwaukee: An opportunity for the Nets to advance to the Eastern Conference Finals or for the Bucks to even the series and force a Game 7.