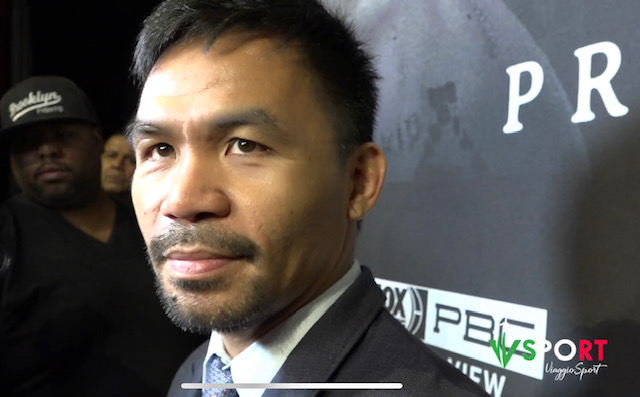 The key to stay at the top level for so many years and get back into the game.
Senator Pacquiao’s observations on Thurman. “He is dangerous, I won’t take him lightly”.

What will be the keys for his win over Thurman?

What is the public going to see on July 20th?

Press conference, face off, fighters intros.
Keith Thurman: It’s a dream come true, an honor to fight against a legend. Floyd is gone, Pacquiao is here. Come July 20th, he will disappear”.