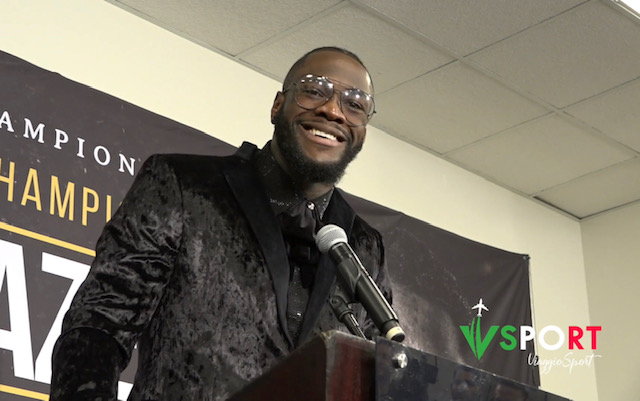 Deontay Wilder defended his WBC title against Dominic Breazeale in Brooklyn with a devastating knockout just 2 minutes and 17 seconds into the fight.

Right after his win, despite all the big animosity and bad blood with the opponent, Wilder went to hug Breazeale and told him he loved him. What does this say about the sport of boxing and about the Bronze Bomber’s approach to it?

This was Wilder’s 9th consecutive title defense and Breazeale was a mandatory opponent.

What does it take to be a long-term champion? How important is patience?

Wilder commented on his victory, defining himself the most dangerous man on the planet “not just because I say it, but because of my actions inside the ring”.

“They say speed is power, but if you have power on top of speed…I don’t know how to call my right hand anymore. Atomic bomb, dynamite,…” he joked.

The 33-year-old Alabama native explained that when he fights in Barclays Center he gives his most devastating knockouts and he didn’t even feel the punch that sent Breazeale to the floor. “The are the scariest ones, when you don’t feel it and you just know it…

One second and you could be gone. I am a dangerous guy, my hands are lethal” he said, adding that many boxers are scared of facing him.

On a possible Joshua-Wilder fight and opponents avoiding him:

“It comes a time when you must face your fears. With me, nobody wants to be humiliated on national TV” Wilder said.