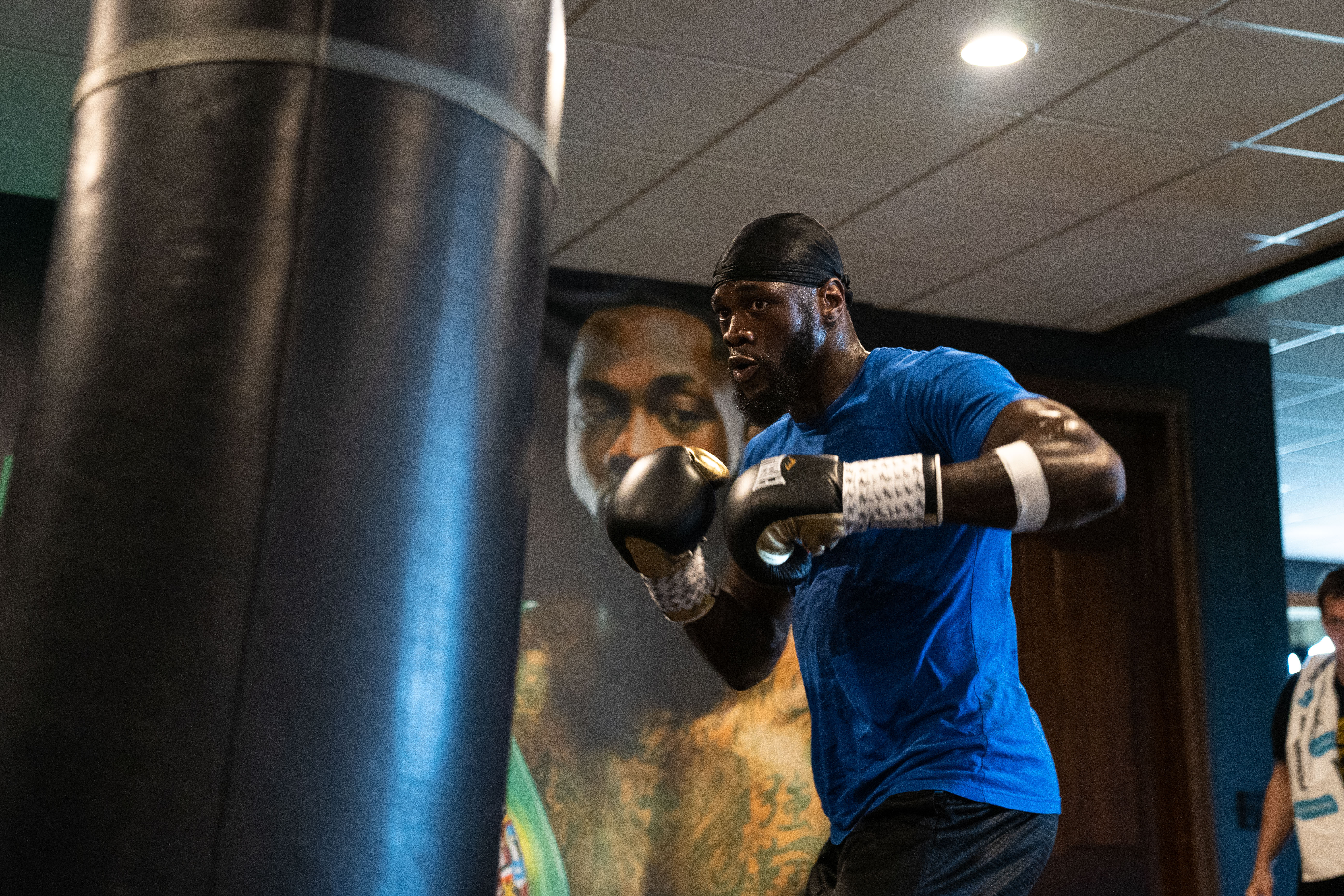 It came almost out of nowhere, but the third bout between Tyson Fury and Deontay Wilder is off, at least for July 24th.

Reportedly, Fury and at least ten members of his team contracted COVID-19 on Thursday.

Wilder’s advisor Shelly Finkel told World Boxing News: “If Tyson Fury and his team did what they should have done and said they had done, this fight would be on and not off. Deontay did what he was supposed to. He got his two Pfizer vaccines, and so did the members of his team. He’s ready to go, and this is because Fury did not do what he was supposed to.”

Wilder’s camp in preparation for the fight was a fortress of protection. In addition to being vaccinated, testing on his team was regularly performed on those not fully vaccinated until the second vaccine dose had time to take effect. Wilder’s precautions also included doing non-sparring work at his home on Lake Tuscaloosa with only trainers and essential personnel attending.

Sparring took place at New Era Boxing and Fitness in Northport, which limited who could be there. The gym was cleared of non-team members and cleaned before Wilder and his sparring partners arrived each day. New Era’s garage doors were opened in the sweltering Alabama heat with gigantic fans running the entire time to increase airflow which is supposed to help prevent the spread of the airborne pathogen.

Fury’s camp is a bit of a mystery as is his team’s vaccination status. Reports came out Thursday saying while Fury did receive one dose of the Pfizer vaccine, the second dose was never given. Other protocols are hazy, but with ten people contracting the virus, it doesn’t appear similar precautions were in place.

It would be a tragedy if we had not seen this movie before, then it becomes a comedy. Fury has still yet to defend a title belt. It seems once he gets to the top of the mountain, something keeps him from wanting to stay there. Whether it was the ankle injury followed by mental health issues that sunk his rematch against Wladimir Klitschko or the current COVID-19, there is another convenient excuse for Fury not to defend a title.

Make no mistake, COVID-19 is serious and changed the schedule of other bouts over the past year. However, we are now in a post-vaccinated world where leading health experts say those who have taken the jab have little to worry about as far as long-term effects. As of Thursday, the most we were told is that the “team” has an issue and that Fury himself was not showing any symptoms.

Fury’s promoter Bob Arum told reporters earlier Fury and his team was fully vaccinated. If this was the case, there would have been no reason to cancel the fight.

With the cancelation, Wilder has now had three championship fights changed after they were announced. He had a debacle with Alexander Povetkin when the Russian tested positive for banned substances less than two weeks before the scheduled fight. Wilder was in England training at the time preparing to go to Moscow for the bout. He also had a bout with Polish fighter Andrzej Wawrzyk changed after fight camp had started also due to a dirty drug test by Wawrzyk. Povetkin and Wilder never fought while Wawrzyk’s career ended and was replaced by Gerald Washington.

This time, Wilder and Fury have gone back and forth over the third fight at least three times. Wilder’s team started and stopped training camp each instance. Finally, Wilder took the dispute to arbitration. This delayed the fight for over a year until the arbitrator ruled in Wilder’s favor. Soon afterward, the finale of the trilogy was scheduled for July 24th. Now, yet again, Fury has succeeded in delaying the inevitable.

Tentatively the fight will now take place on October 9th in Vegas, though this is not guaranteed. Obligations at T-Mobile Arena make it a little more tentative than preferred but this seems to be the earliest the event can occur in the same venue.

However this shakes out, it’s another bump in Wilder’s career that is not his fault. Wilder has stayed PED free and kept his health commitments since he started his professional career thirteen years ago. It is a shame his opponents cannot do the same.

No knockout for Floyd Mayweather vs Logan Paul exhibition
Pacquiao: “Spence is better than Mayweather.” Face off