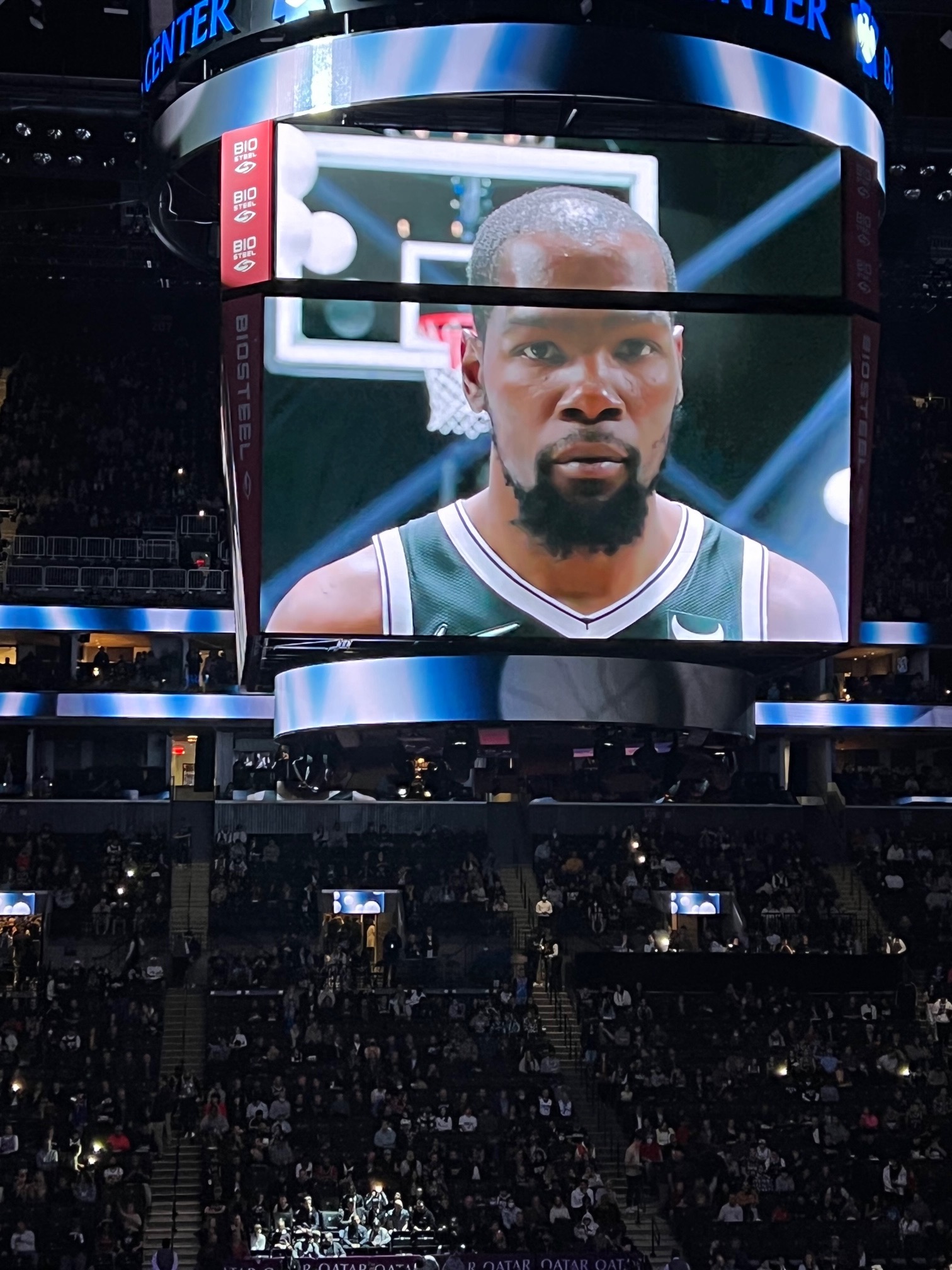 Kevin Durant led the way with 36 points in 41 minutes.

“I just love the way we were connected tonight,” Durant said.

Almost a triple double for Bruce Brown, who had 18 points, 10 rebounds and 8 assists. It was his first double-double of the season.

“ I didn’t think he deserved a triple-double tonight,” Kevin Durant joked in the post game presser. “Because he talked about it. We didn’t know and he’s like, ‘Yo, I need two more assists.’ I’m like, ‘You’re not getting it tonight. You shouldn’t have said it’,” Durant recalled the words he said to Brown in the fourth quarter. “We all love how Bruce has been playing lately. At this point, I expect him to come out here and play well now.”

The Nets blew a 17-point lead and were down 5 at the end of the third quarter. As Drummond confirmed before the game, this was a must win. “We gave up a lot of points in the second and third quarter,” Steve Nash said. “We’ll look at ways we can improve.”

Brooklyn has a chance to seal the n. 7 play-in position in the Eastern Conference and get home-court advantage in the tournament if they win Sunday’s game against the Pacers.

The stakes were high before the game. A loss to the Cavaliers would have pushed the Nets down to the 10th seed, had the Hornets and the Hawks won their respective games. A win would have brought the Nets to seventh place. The last game of the regular season is on Sunday.

Finishing in seventh or eighth position would mean Brooklyn has two chances to qualify for the playoffs and only needs to win one play in game to get to the first round.

The Nets are one step closer to being able to host Tuesday’s play-in opener in Brooklyn. Likely against the same team they just beat, the Cavs.

“It feels good to be in this position. Hard-fought,” Irving said after the game. “I just want to take it one day at the time, prepare for Indiana coming Sunday. Have some good results there, get better that day and get ready for Tuesday. It feels good, with all the complications and stuff like that. That’s the past. Now we just can control what we can control and get ready to hoop.”

After so many roster issues due to injuries and to Kyrie’s inability to play home games due to the vaccine mandate, the Nets can finally hope to count on a fuller roster for a possible playoff run.