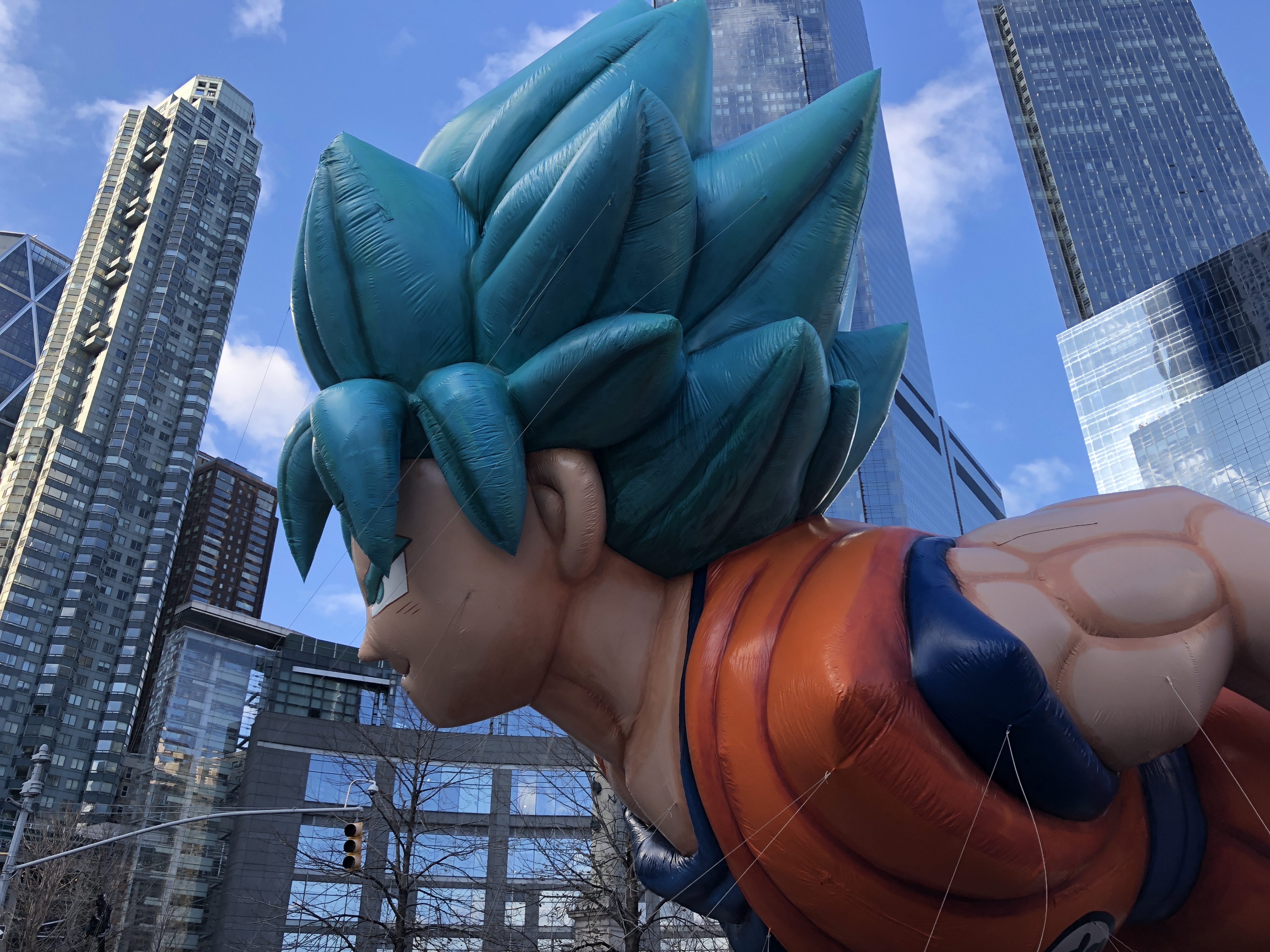 Despite the strong winds, the balloons were able to fly – in a very low key and down-to-earth way – thanks to police’s clearance.

Macy’s Thanksgiving Day Parade didn’t lose its touch of amazingness and left the crowds astonished, maybe more than usual this year because some balloon-handlers struggled with the wind gusts.

The Elf on the Shelf flew in a very strange position, Super Mario Bros was extremely close to the ground, Bowling Pins almost dropped in a total strike, while Ronald McDonald had a deflated leg and didn’t make it to the end of the parade. This just made the event more exciting, even if some people in the crowds said they were terrified.

The parade started on Manhattan’s Central Park West at 9AM, passed by Columbus Circle, Central Park South, and 6th Avenue to end up in Herald Square in front of Macy’s.

Leading the lineup, Astronaut Snoopy, a new version of a longtime parade classic. Other parade favorites were Goku, Pikachu, SpongeBob, Olaf, Diary of a Wimpy Kid.

Balloons are generally not supposed to be flown when winds exceed 23 mph and gusts exceed 34mph. The weather was strictly monitored before the parade: gusts of 32 mph were recorded in the Central Park area right before the event. Just 40 minutes before the planned start of the parade, officials announced the balloons would be able to fly.

In the past, the balloons had been grounded only once, in 1971, because of extreme winds.