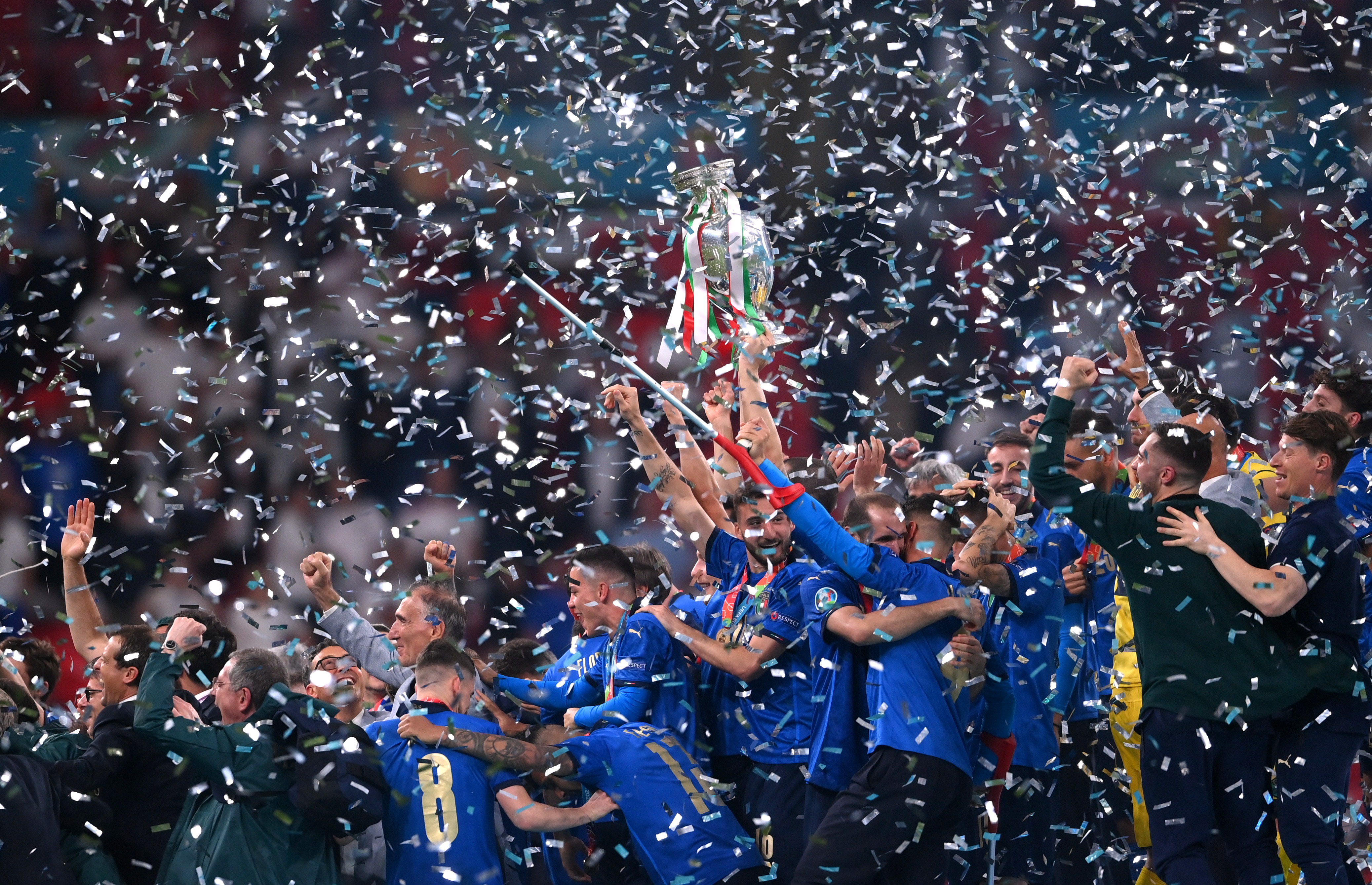 The shootout was necessary after a 1-1 extra-time draw in 120 minutes of action at London’s Wembley Stadium on Sunday July 11th, 2021.

It was just the second time in history that the Euro final’s result was decided on penalties (Czechoslovakia beat West Germany on penalties in 1976) and the first time Italy was crowned European Champion since 1968.

During the game, England took the lead with Luke Shaw’s beautiful second-minute goal, the fastest from kickoff in the history of the European Championships finals. The equalizer came by Leonardo Bonucci after 67 minutes of play.

Celebrations exploded all over Italy: For the first time in 53 years and the second time in history, the Azzurri are the European Champions. After 180 days of darkness and misery due to a pandemic that hit Italy in a very dramatic and profound way, the party is only starting in the Belpaese’s squares and streets. It’s going to last way over a night. Goalie Donnarumma became a national hero tonight.