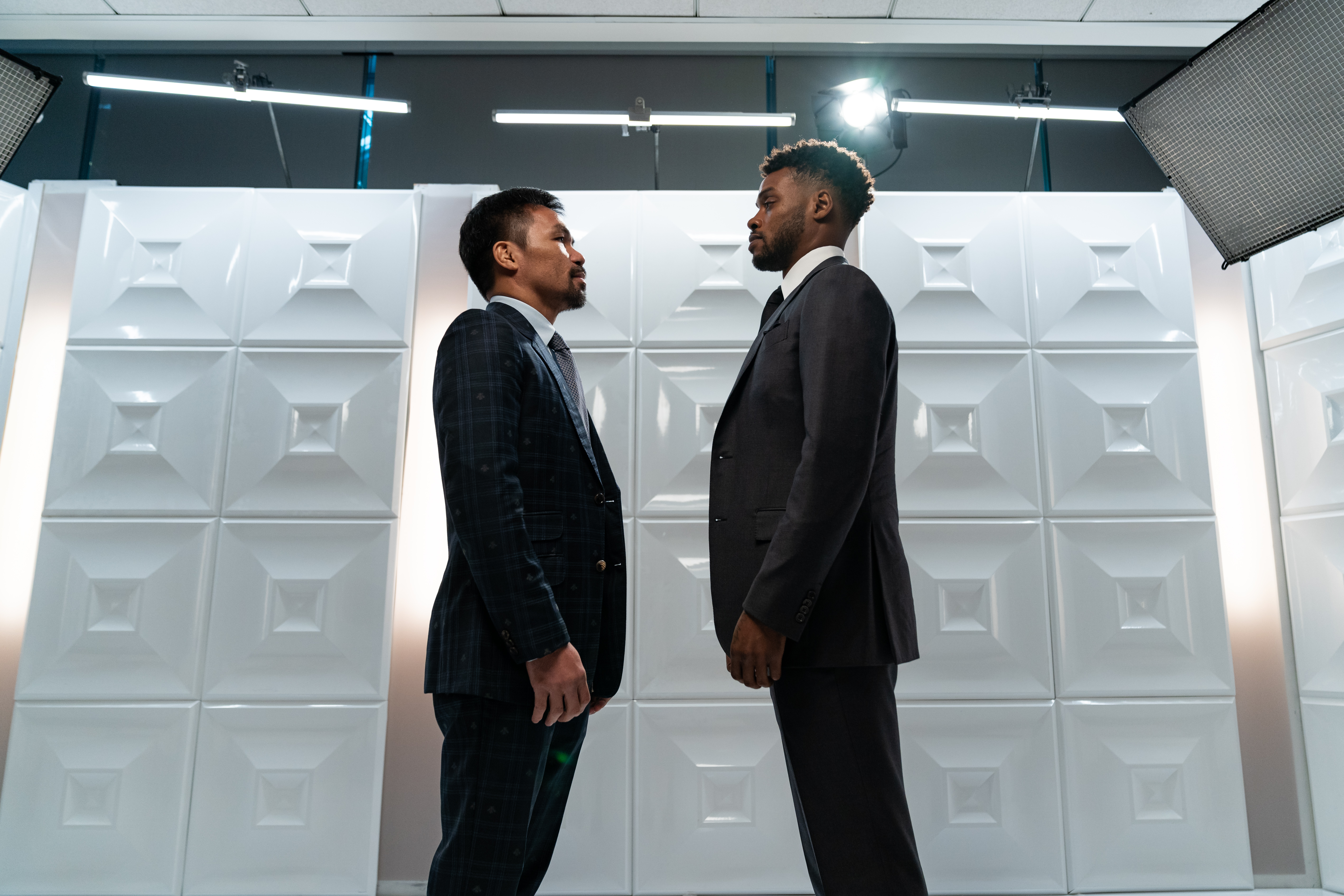 “There were a lot of opportunities for me to pick an easier fight than this,” said Pacquiao. “But I picked Errol Spence Jr. because I want a real fight and a great fight for the fans. I’m a fighter and boxing is my passion. Errol Spence Jr. is aggressive, young and undefeated. He’s dedicated to his career. This is definitely not an easy opponent. This is the kind of opponent you can never underestimate,” continued the Philippine Senator.

Pacquiao hasn’t faced a southpaw opponent in a long time. “We had to change some of our strategy compared to previous fights and we’ll throw some different combinations” he said.

“I don’t think Errol needs advice from Floyd Mayweather. I believe that Errol is a better fighter than Mayweather. Errol can teach Floyd how to fight toe-to-toe.”

Pacquiao seems confident, but less cocky than he was before the Thurman fight. “I won’t predict another first round knockdown like I had against Thurman. I’m focusing my mind, body and spirit on winning the fight. That’s the only goal. This is one of the biggest challenges in my career. I can’t say it’s the biggest, because I’ve been fighting the best fighters in the world for years. But he’s right up there with anyone I’ve faced,” he explained.

“Manny can lull you to sleep giving you compliments. But once the bell rings, he’s going to jump all over you” replied Errol Spence JR.. “This is a great opportunity. Coming off of my accident I went right to fighting Danny Garcia and now Pacquiao. A lot of people were in the Pacquiao sweepstakes. When I got the call about this fight, I agreed right away and didn’t give it a second thought.”

Spence is aware age is not a big handicap for his opponent. “Just because he’s 42-years-old I don’t think it’s going to hurt him in training. He’s not blowing up in weight between fights and he’s not distracted. That’s why he’s been the same Manny Pacquiao for decades. I’m looking forward to the same Pacquiao who fought Keith Thurman and before that.”

Spence is sure he will not be knocked out and is not specifically looking to knockout Pacquiao.

“I have the ability to finish Pacquiao. For me though, I’m focused on winning the fight. If you rush and go for the knockout, you either look sloppy or something goes wrong. I have to fight my fight and at my pace. If the knockout comes, I’ll go for it.”