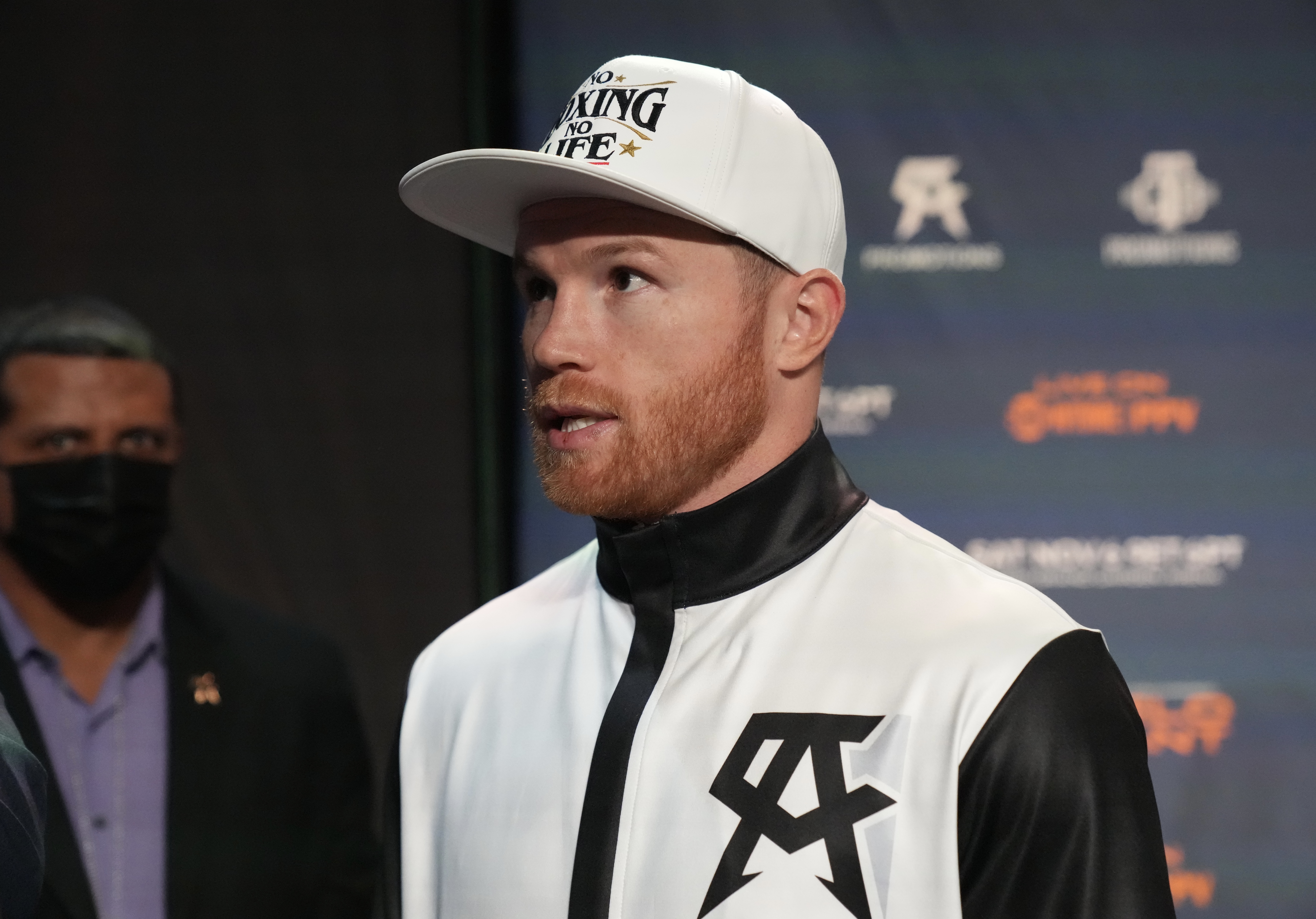 The winner of the 168-pound title showdown this coming Saturday, November 6th, will make history as the first undisputed Super Middleweight World Champion and sixth undisputed boxer in the four-belt era.

In fact, all belts will be on the line at the MGM Grand Garden Arena in Las Vegas as WBA (Super), WBC, and WBO title-holder Saul Canelo Álvarez will take on IBF champion Caleb Plant.

The Mexican Superstar and Four-Division World Champion has laser focus. “I’ve faced many good fighters with skills that are similar to Caleb‘s. It’s a style that I’ve seen before, and I know what to do with it. That just gives me confidence in my experience heading into this fight.”

After beating Callum Smith last December, Alvarez claimed the vacant WBA and WBC titles. In May, he conquered the WBO belt with a TKO win over Billy Joe Saunders.

A victory on Saturday would add the IBF belt to his collection, making him the undisputed champion in less than a year.

“Only five male fighters in the history of boxing have accomplished becoming undisputed champion. I want to be the sixth. That’s the only thing on my mind,” Alvarez explained.

From 1983 to 2007, being undisputed meant holding the WBA, WBC, and IBF world titles simultaneously.

From 1922 to 1963, a boxer who held the NYSAC and NBA (WBA) world titles simultaneously was undisputed.

The undefeated IBF title-holder Caleb Plant is looking to halt Canelo’s legendary run. “I have to get the job done by any means necessary. That’s what me and my team have done so far to get to this point. Whether it’s boxing or in life, I’ve gotten here by any means necessary. I had opportunities to bow out, and I haven’t. I just can’t wait for the bell to ring Saturday,” Plant said.

“There’s not much time left and not much left to say. Leading up to this fight, Canelo said that the Mexicans don’t f*ck around. That’s good to know, because where I’m from, we don’t f*ck around either,” he added. Plant won the title in 2019 and has since defended it three times. Alvarez will be the biggest challenge of his career.

“I’ve been the underdog before. It’s a place I like to be. I like people rooting against me. It gives me extra motivation, but when you’re fighting for undisputed status, you don’t need much more motivation than that,” Plant added.

Canelo: “I hope Plant has a good chin. He is going to need it on fight night”
Canelo makes history as first undisputed Super Middleweight World champion and 6th undisputed boxer in the 4-belt era
Loading Comments...