Canelo to Plant after TKO win over Saunders: I’m coming my friend 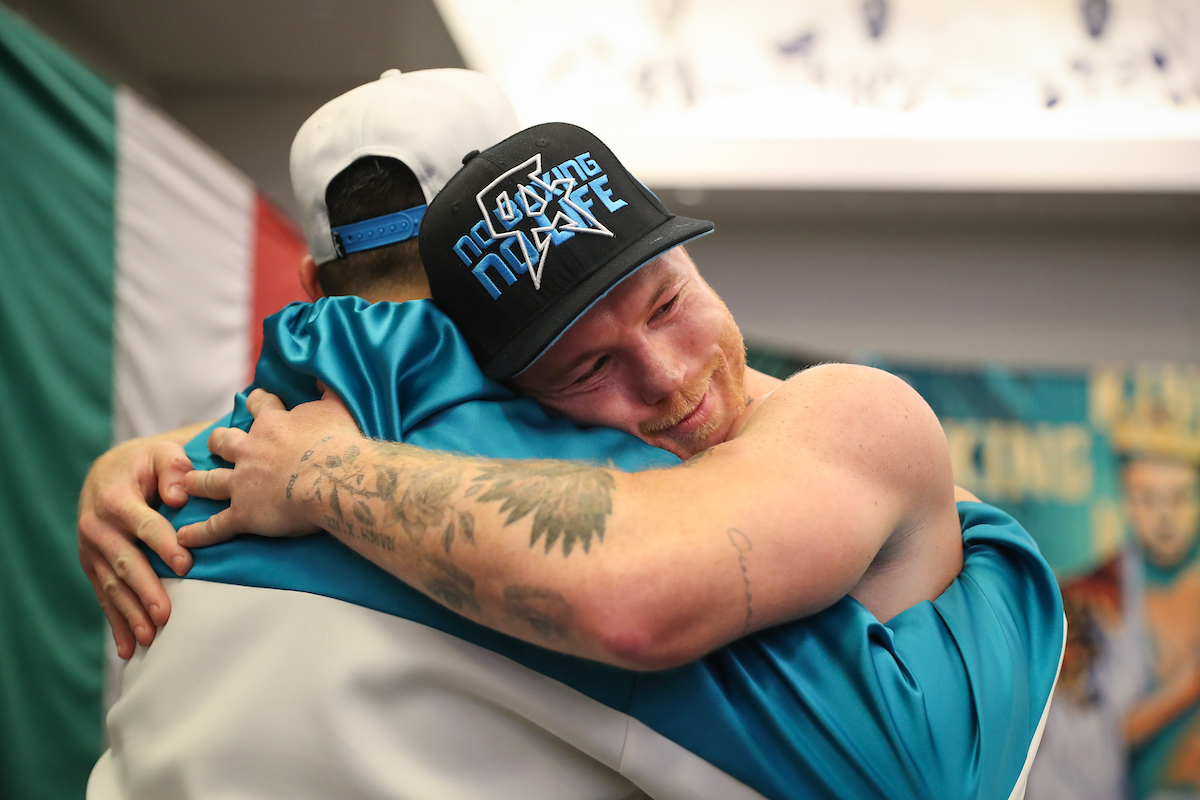 Saul “Canelo” Alvarez added another title to his collection with his technical knockout  win over Billy Joe Saunders at AT&T Stadium in Dallas, Texas.

Alvarez forced his British opponent into submission after a graphic eight round, in which he heavily injured the southpaw’s right eye. Saunders looked disoriented and wasn’t able to answer the bell for round nine. His corner was forced to call an end to the fight because the Brit “wasn’t able to see”. It was the first loss for the two-time world champion, who previously had a perfect record of 33 victories during his pro career.

With the win, Canelo (56-1– 38 KOs) stripped Saunders of his WBO super middleweight belt, adding it to the WBC, WBA, and Ring magazine titles he already held in the 168-pound division.

It was the largest boxing showdown of the year (so far) and a crowd of 73,126 people at the home of the Dallas Cowboys smashed the record of the largest indoor attendance for a boxing event. The previous record was 63,350 for the Muhammad Ali-Leon Spinks rematch in 1978.

Canelo, a solid favorite, had a good, but slow start, continuously studying Saunders and his reactions. The intensity of the fight picked up from the second round. The British boxer wasn’t foreign to mind games and he even stuck out his tongue during the fight, a mockery used by fellow gipsy Tyson Fury.

Despite hitting the ropes a couple times, Saunders seemed to get more confident after the first few rounds and started circling around his Mexican opponent to avoid his powerful right hand, exploiting the bigger space inside the ropes.

Hearn wasn’t convinced, but Canelo’s reaction to this request was pretty straightforward: “I don’t care about the size of the ring,” the Mexican superstar  said. “I’m still going to go in there and do my job like I always do.”

“Right now I feel like no one can beat me” he stated (per SI Boxing).

It was a close and competitive match in the middle rounds, but the judges had Canelo ahead at the time of the stoppage, per DAZN Boxing.

After some very close rounds, Alvarez stormed back, inflicting enough damage to have the fight waved off and proving, once again, his extreme confidence is based on facts.

Saunders’ right eye was swelled up and closed in a matter of seconds.

The public in the arena was overwhelmingly pro Canelo and booed Saunders from the moment he stepped onto the ring. The ex-undefeated southpaw was taken into an ambulance and is suspected to have a broken orbital bone.

Canelo’s road to undisputed will continue with his most obvious opponent, in a quest for the IBF belt: Caleb Plant. “That’s the plan. I’m coming my friend” said Alvarez at the end of the fight.

Brawl with Paul. Mayweather: No one will disrespect me.
Billy Joe Saunders’ career in doubt after surgery for quadripod fracture
Loading Comments...