Carmelo Anthony back in MSG: The love from the people in NY. Meditation walks & the power of the mind. 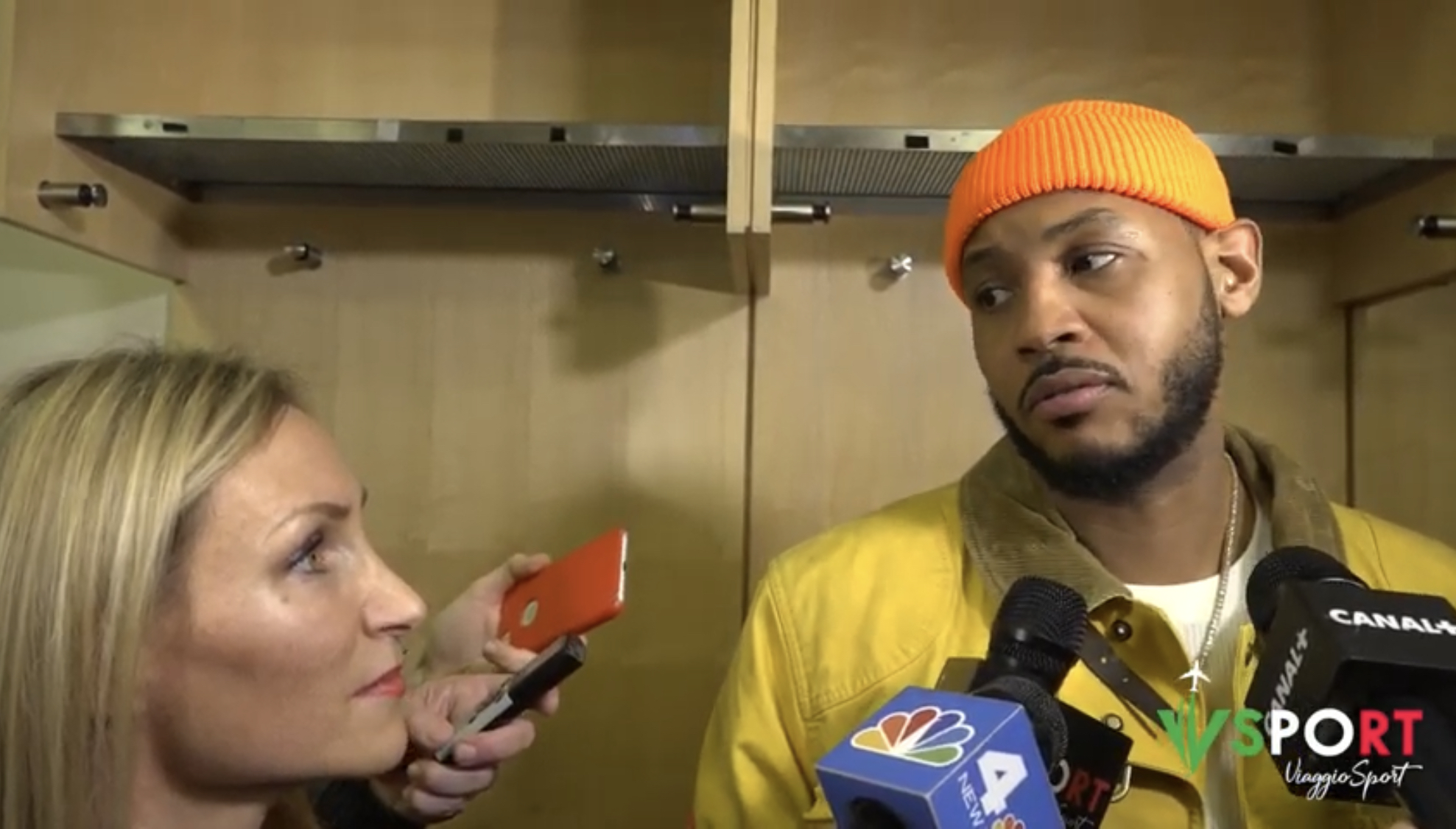 The 10-time NBA All Star Carmelo Anthony is back in the NBA after over a year of absence. It’s his first game back in Madison Square Garden, which used to be his home-court. The crowd is definitely on Melo’s side, chanting “we want Melo” and applauding his every move. “Wow, the love from the city and from the people was definitely felt tonight” says Melo to VSport right after the game.

The small forward talks about the evolution of his approach to basketball after the difficult year and a half in which he had no team. “I feel no pressure at all. I believe in myself and in what I can do”.

Melo describes the impact of his meditation walks, which helped him a lot during this time of internal struggle. “They help a lot… I don’t think people understand how hard it was and the fight that I had within myself”.
Developing chemistry with his new team on and off the court.