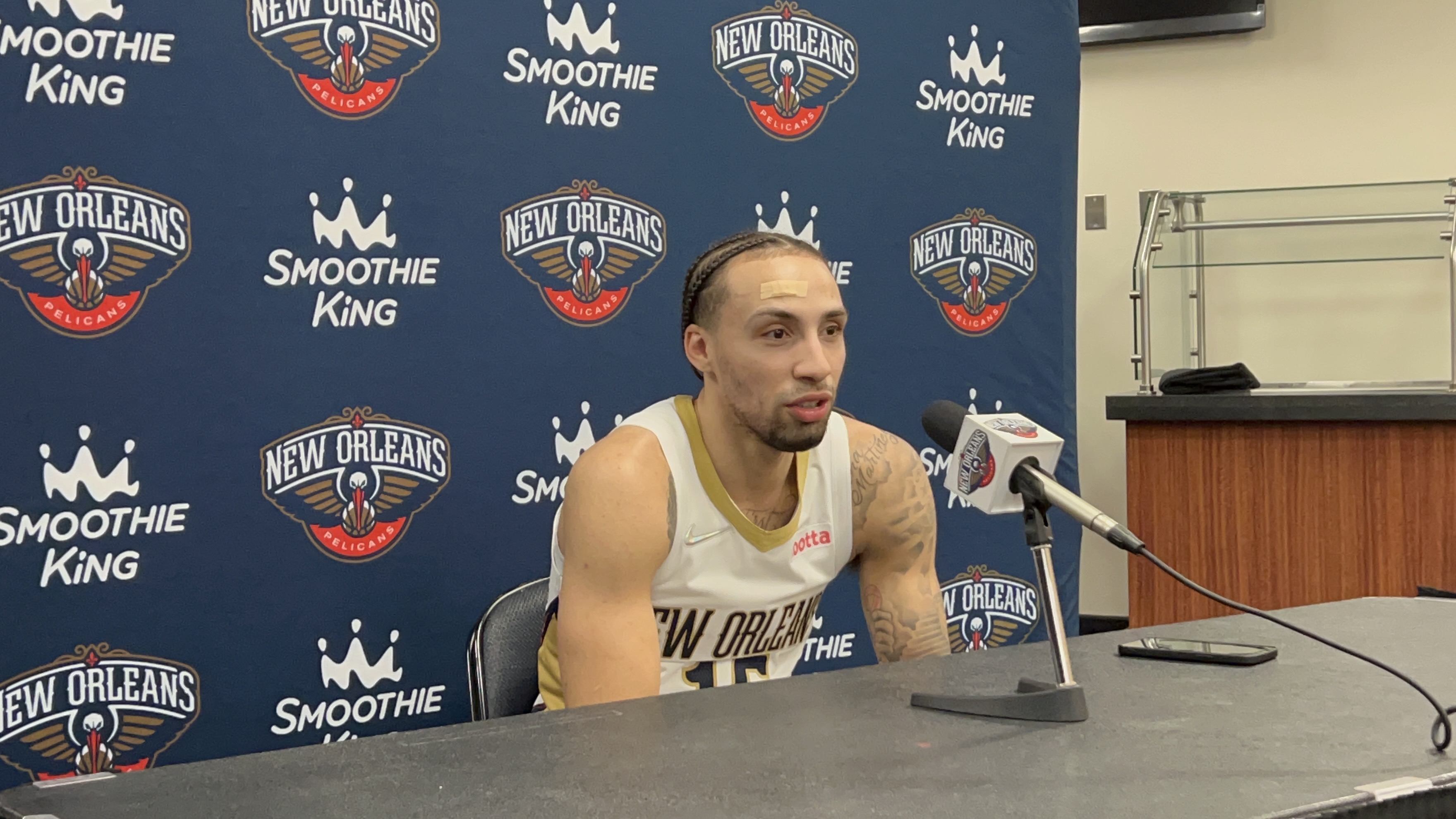 An emotional homecoming game in the world’s most famous arena escalated to a night that rookie Jose Alvarado will never forget.

In his first game as a pro at MSG, the Brooklyn-native guard had a career-high 13 points, posting double digits for the first time in his NBA career.

“Words can’t really describe how I felt,” Alvarado told VSport in the post game presser. “It’s just an amazing feeling […] just to see my parents out there, having a jersey on – you know – it’s not custom made, it’s really like a Pelicans jersey — so it’s pretty cool. Just having everybody that came out, seeing their faces, my two coaches…it just feels good, especially with a win and a career-night for me. You can’t make that up. It’s a story that continues writing its own script and I’m just happy that I get to do it.”

His four steals and four assists made Alvarado’s performance even more spectacular. To make things sweeter, this happened in his hometown, in front of his family and friends. And at MSG. “It was crazy, when we were at shoot around I was like wow I’m at Madison Square Garden!,” he added.

The 23-year-old reserve player invited about 50 people to the game. His teammates Brandon Ingram and Josh Hart helped purchase the tickets for Alvarado’s guests.

“The NBA is a brotherhood,” Hart commented right after the game.

When asked why the teammates love and trust Alvarado so much, despite his little experience in the league, Hart and coach Green began their answer with the same words: “He is just a great guy.”

“Jose was fantastic. The moment he entered into the game, he changed it. With his effort, his physicality, picking up full court, his energy. That led to his ability to spark on the offensive end as well,” commented coach Green.

The Pelicans led by as many as 25 points in the second half. Despite an ankle sprain kept Brandon Ingram out the entire fourth quarter, the New Orleans team contained the Knicks late rally to win 102-91.