Canelo to Andrade: Get the f… out of here! 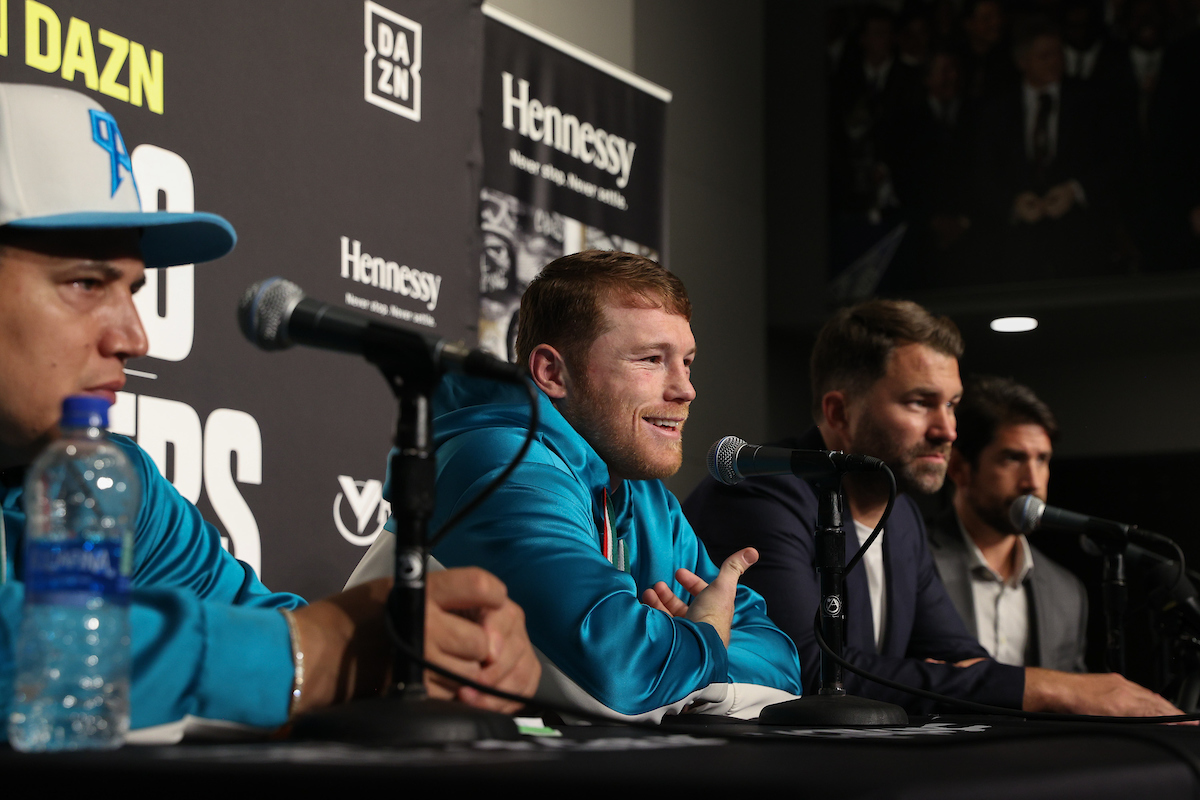 The usually calm and composed Saul “Canelo”Alvarez showed a side of his personality unknown to most of us. The post-fight press conference following Canelo’s technical knockout win over Billy Joe Saunders got a bit turbulent when middleweight title holder Demetrius Andrade made an unexpected appearance to ask the Mexican multi-weight world champion: ”So, when can we get something going on?”

Alvarez had been answering questions in Spanish, but dipped into English, very annoyed. “Oh man” was his first response.

“I know, I know that” Canelo answered, disdainful and sarcastic.

Andrade, who has long complained about being avoided by boxing’s top fighters  – Canelo included –  demanded a fight again. Alvarez completely dismissed him, indicating Andrade (30-0, 18 Kos) is a lower-quality boxer.

“You avoided me” Andrade screamed back.

The atmosphere heated up even more when Paul Andrade – the fighter’s father- intervened and cursed back at Canelo. 30-year-old Andrade felt disrespected and told Canelo to “watch his mouth”.

“Hey, don’t talk to my dad like that” said Andrade.

The altercation deteriorated into threats and more cursing.

“Payday, payday, you want payday” Alvarez crooned. “I know that” he added.

“Watch your mouth. “When I see you it’s on” Andrade threatened.

“Yeah, yeah, Yeah, I see you outside” Canelo answered in a very dismissive tone.

After bringing 73,126 people into the AT&T Stadium in Arlington (Texas), destroying the previous record for an indoor boxing event in the US, Canelo’s behavior shows he’s never been more aware of where he stands in the sport’s world.

Alvarez got out of his contract with Golden Boy Promotions to create his own company and became one of the few completely autonomous fighters.

Canelo was unstoppable not just on the ring, but in his second fight of the night as well. A verbal clash this time. “Everybody wants to beat me but -guess what? – nobody can” he said.

When Alvarez was asked what has changed, why he’s been showing his personality more, Matchroom promoter Eddie Hearn said: “He is just being himself”, while Canelo had another daring answer:

“At some point, I fucking need to say something, right? Canelo commented. “This is the time.”