NBA Play in and Playoffs. What you need to know 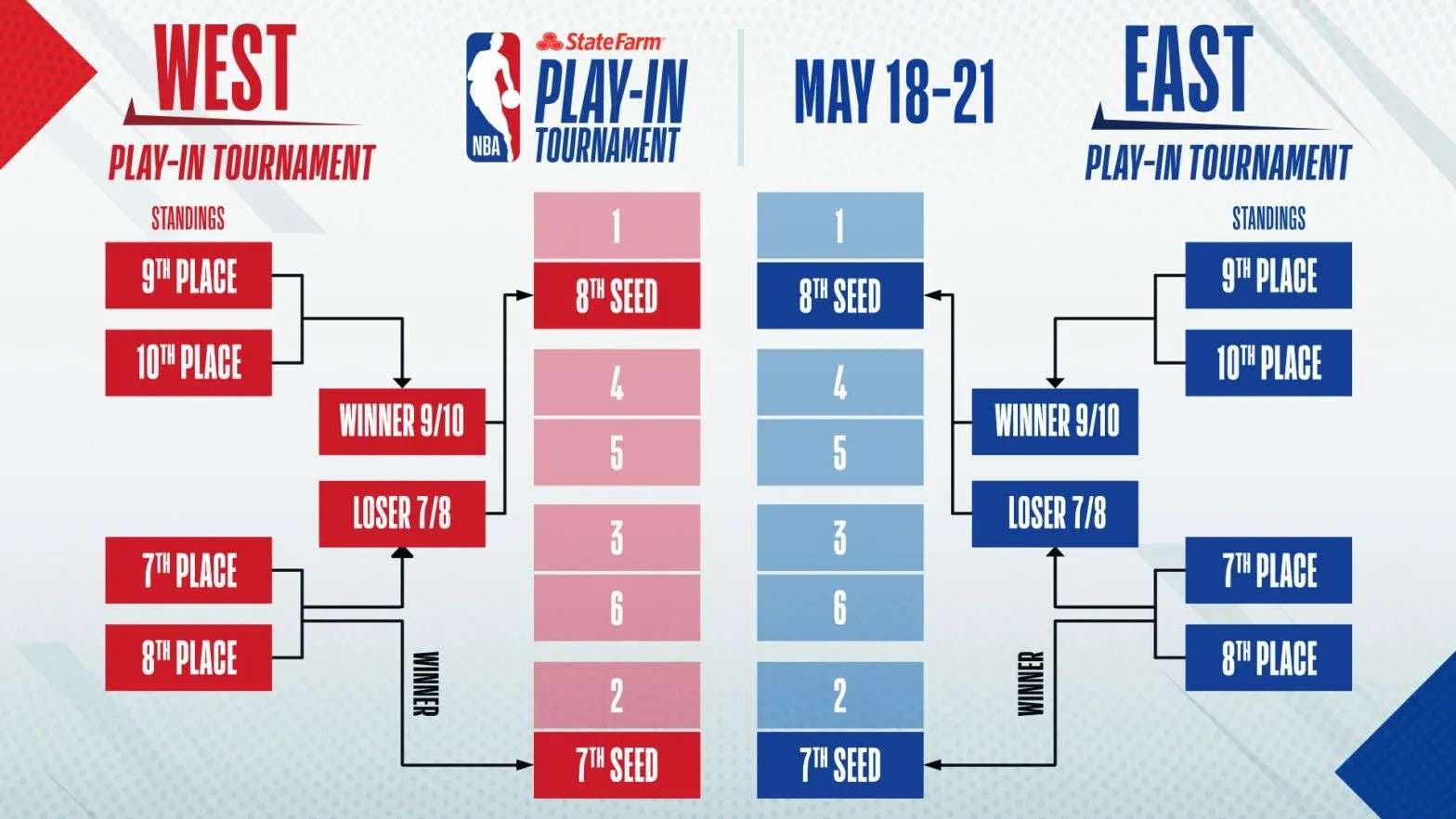 The 2020-21 NBA regular season is officially over, but the playoffs aren’t starting just yet: the NBA’s play in tournament is underway to designate the two teams that will continue their post season with a trip to the playoffs.

The league implemented the new post season format to give more teams a chance to get to the playoffs, but also to reduce tanking and create more excitement. A first version of the idea was implemented last summer during the NBA restart in the Orlando bubble, but this is the first time a full play in tournament format is in use. There’s no guarantee it will remain in place for the future years.

How the play-in games work

Teams 7-8 just need to win one game to advance to the playoffs, while teams 9-10 need to win two games to qualify.

The playoffs will proceed as usual.

When is the play in tournament?

The play-in tournament runs from May 18-21. The playoffs will begin on May 22. Here’s the full schedule for the tournament.

The Boston Celtics earned n. 7 seed in the playoffs and will face the Brooklyn Nets.

The Charlotte Hornets have been eliminated.

The Washington Wizards are hosting the Indiana Pacers on May 20th (8:00 P.M., TNT)

We should expect some heated matchups, but some of the league’s players are not really on board with the format change.

“I don’t understand the idea of the play-in,” said Dallas Mavericks’ amazing talent Luka Doncic. “You play 72 games to get in the playoffs, then maybe you lose two in a row and you’re out of the playoffs. I don’t see the point of that” Doncic commented.

Los Angeles Lakers’ super star LeBron James criticized the league’s decision to implement the postseason format change. “Whoever came up with that s— needs to be fired,” LeBron said of the play-in tournament.