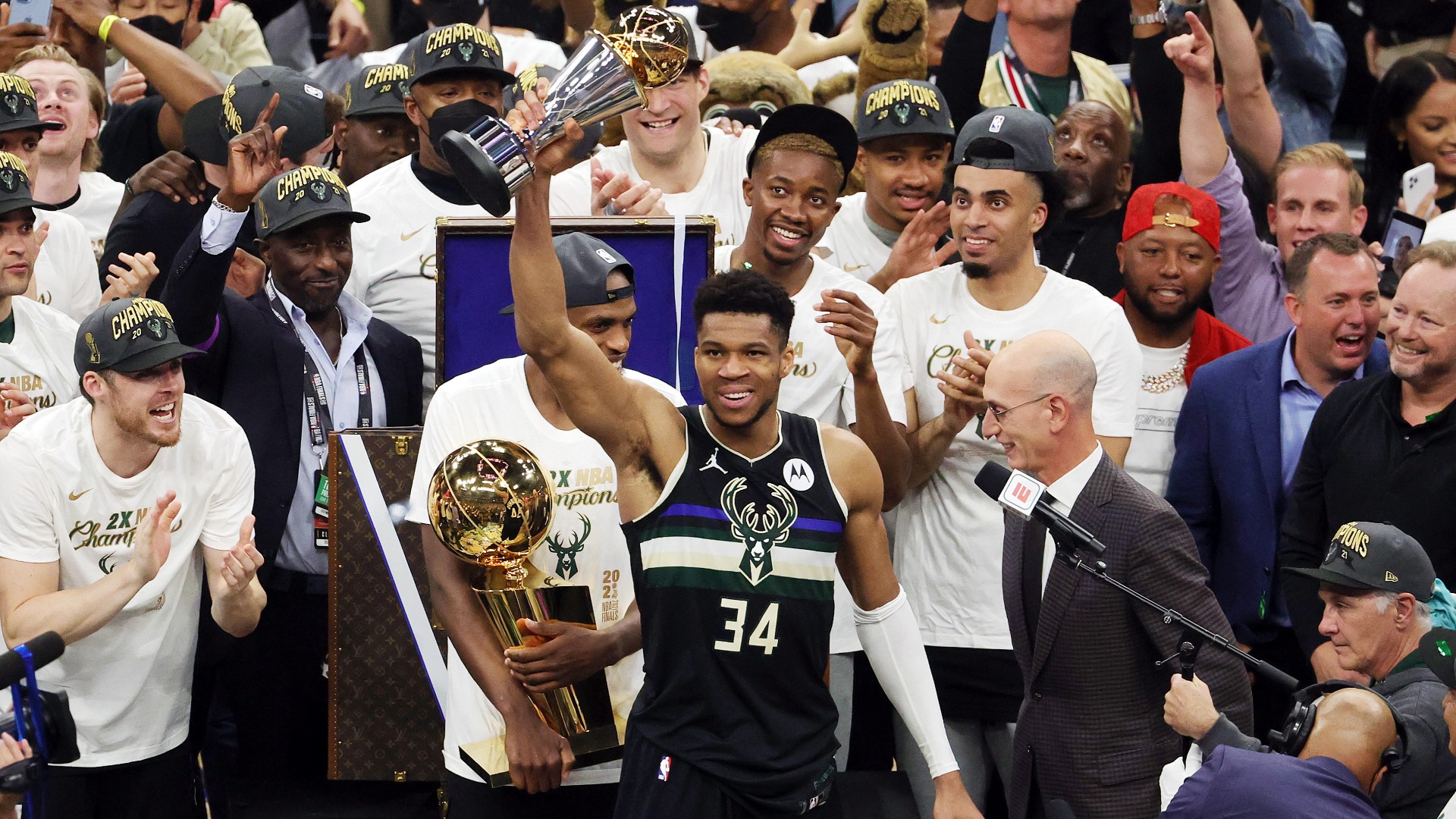 With another legendary performance Giannis Antetokounmpo powered the Milwaukee Bucks to their first title in 50 years. The Greek Freak scored 33 of his playoff career-high 50 points in the second half of the game.

A rain of tears on Antetokounmpo’s cheeks marked the fulfillment of a lifelong dream that went against all odds of life. “I started playing basketball just to help my family, trying to get them out of the struggle, the challenges we were facing when we were kids” Giannis explained, extremely moved. “But I never thought ‘I’m gonna be 26-years-old playing with my team in the NBA Finals’… just playing, not even winning. Just being part of this journey. I never thought when I’d be 26 I’d be sitting in this chair with this right here and this right here,” he added hugging the two trophies he had on his lap.

There was no doubt about who would be named Finals’ MVP. With 16 of 25 field goals, 16 of 17 free throws, 14 rebounds and five blocks in 42 minutes on the court, Antetokounmpo had one of the best close out games in NBA history.

Giannis symbol of hope for Europe and Africa

The Nigerian-born Greek power forward/playmaker never played in an American university and his story can make anyone dream. He went from hustling in the streets selling sunglasses and goods, not knowing “when his next meal would come” to being the NBA MVP and now win a championship.

‘I made my free throws tonight…’

The Greek star is one of the lowest drafted players to have been named NBA Finals MVP. He was barely known on the international circuit before being selected in the 2013 NBA Draft.

“I represent both countries – Nigeria and Greece. For a lot of kids there, not just from Nigeria, but from the whole Africa, from the whole Europe, I know I am a role model. This should make any person, any kid, anybody around the world believe in their dreams…Don’t let anyone tell you what you cannot be and what you cannot do,” Giannis stressed. “People told me I can’t make free throws. I made my free throws tonight and I’m a freaky champion. I am joking. Actually I am not,” Giannis said. Laughing.

‘I hope I can give everyone around the world hope. People in Europe, people in Africa.”

Antetokounmpo joined Shaquille O’Neal as the only player in the league’s history with three 40-point, 10-rebound games in a single series of the NBA finals. Tonight’s 50 points tied the Greek seemingly super-human player to Bob Pettit for most scored in a closeout NBA finals game.

Watch some of our interviews to Giannis: https://viaggiosport.com/2017/04/giannis-antetokunmpo-from-street-vendor-to-the-nba-playoffs-difficulties-made-me-stronger/

We cannot be satisfied.

Rest doesn’t exist in my dictionary

Pressure and mental health in the playoffs

Nets reportedly pay for houses for stars’ girlfriends and side chicks. Salary-cap circumvention?
Giannis in the Olympus of NBA Gods. Finals MVP and Champion
Loading Comments...