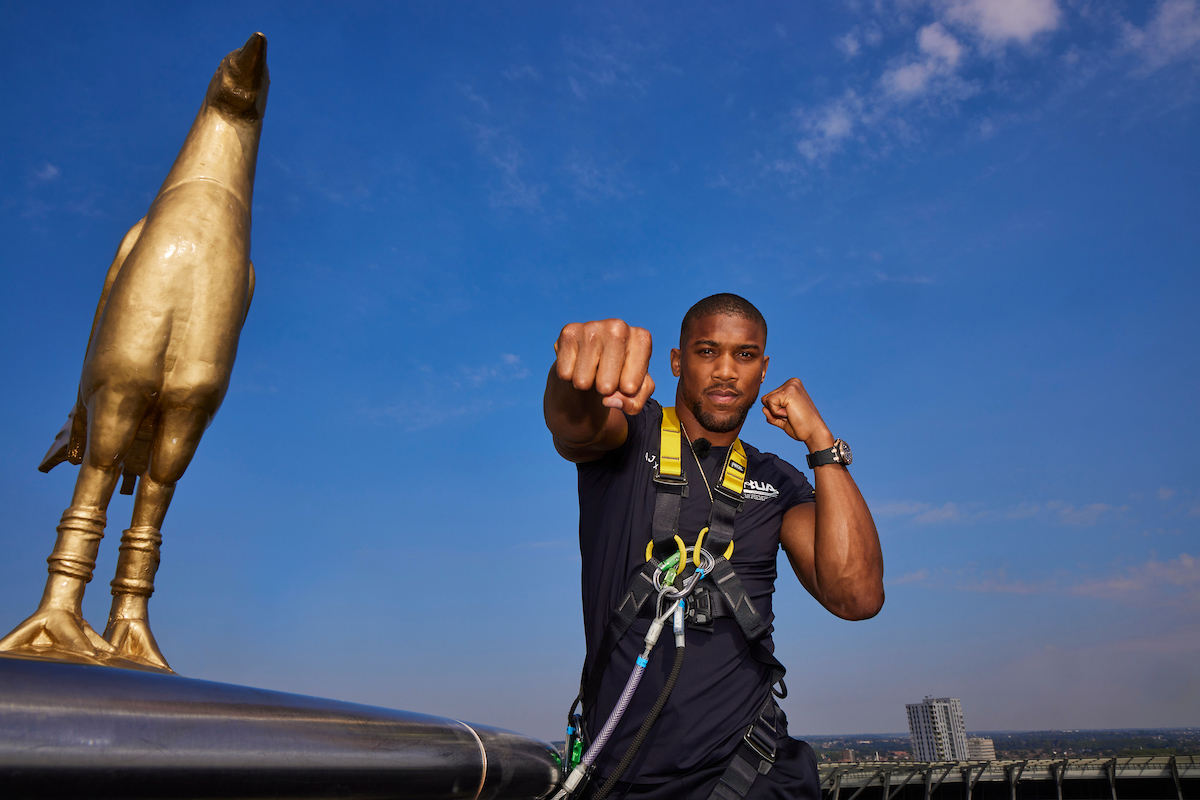 Joshua (24-1, 22 KOs) is putting his IBF, WBA, WBO and IBO belts on the line against Ukrainian pound-for-pound star Usyk on Saturday September 25th in London.

“September 25th I will step down from my throne to engage in battle” AJ tweeted after his ‘Dare Skywalk’ adventure. The British fighter scaled the height of the high-rise stadium, all the way to the roof of the new London landmark.

Tottenham Hotspur Stadium is the largest football club stadium in the city and a multi-purpose venue, capable of hosting a range of events, from American football games to rugby, football and concerts.