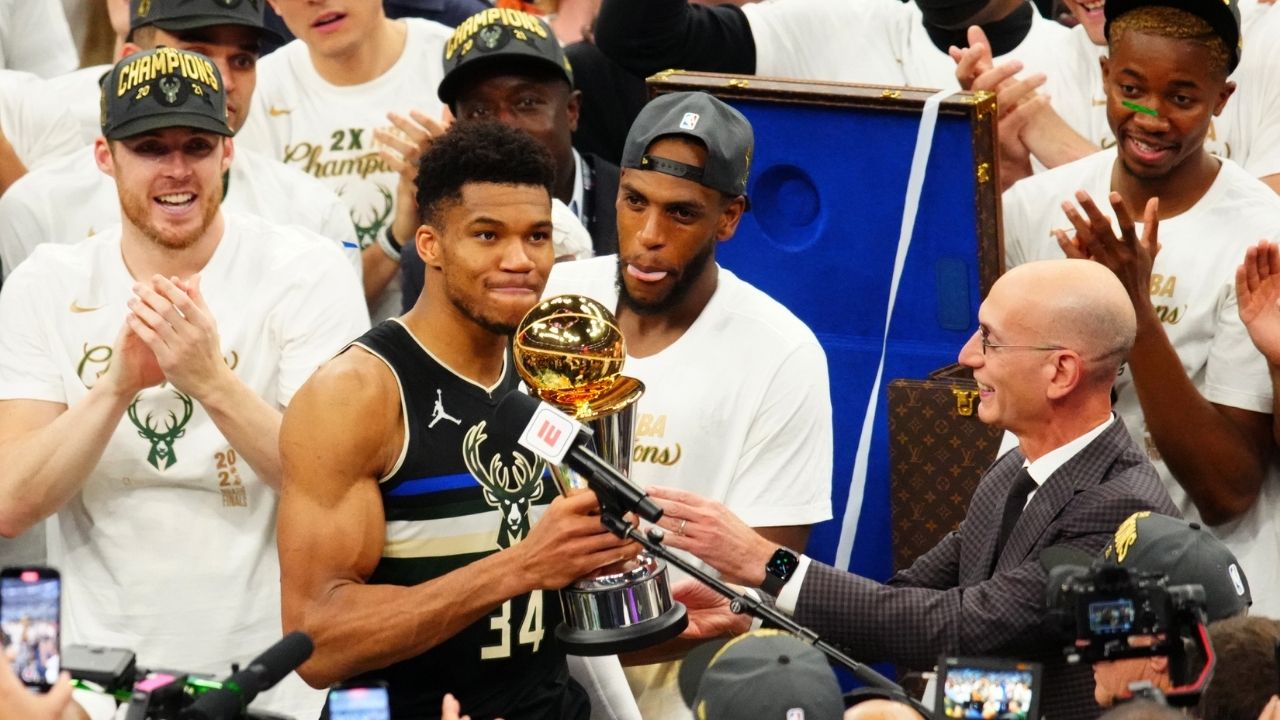 Inspiration to fight for your dreams

The impossible dream came true. An inspiration for many to keep fighting to fulfill their ambitions. Even against all odds. When it’s unlikely, when every aspect of life seems to go against your success in achieving your goal.

You don’t have to play in an American University in order to win an NBA MVP. You can come from poverty and become a millionaire. Moreover, you can be a very low drafted European player and lead your team to win a trophy in the world’s best league in a country that loves its flag.

Giannis Antetokounmpo is the new NBA Finals MVP and NBA Champion with the Milwaukee Bucks.

With 19 seconds left in game 6 of the NBA Finals against the Phoenix Suns, the Greek freak walked with a huge smile on the court, with his long arms spread. In a few seconds he’d win his first NBA championship. The dream of a lifetime.

The Milwaukee Bucks won their first title in 50 years.

A few seconds later, Giannis was seated courtside overwhelmed by joyful emotions. A lot of tears on his face. He covered his head under a towel for a little while, but wasn’t able to stop crying. Of joy.

His uncontainable happiness was contagious: People watching from all over the world were deeply touched by this scene. In person and from the comfort of their living rooms.

Many could not refrain from dropping a few tears.

The story of the now best European NBA player in history is unbelievably touching.

Son of illegal immigrants from Nigeria, Giannis grew up in the modest neighborhood of Sepolia in Athens. Little did he know he would ascend to the Olympus of the NBA gods at just 26 years of age. A suitable place for a 6-foot-11 Greek giant with unbelievable talent and irreproachable character.

During his childhood, Antetokounmpo helped his older brothers sell sunglasses, bags and other goods in the street in order to help his mom support a family.

Soccer was his first love. Then came basketball

Giannis’ first love was football (soccer). He started playing basketball only at age 12 with the youth team of Filathlitikos in Athens. He joined the club’s senior team for one season before entering the 2013 NBA draft as a very obscure prospect just a few scouts had noticed. He was selected 15th overall by the Milwaukee Bucks, the lowest pick to win a ring.

He was criticized for staying loyal to the Bucks and proved everyone right by winning a ring. His 50-point masterpiece to close out the series and conquer a title will go down as a legendary performance in NBA history.

Antetokounmpo’s impressive size and jaw-dropping physical skills  mixed with his explosiveness, his speed, and his ball-handling abilities make him unstoppable on a basketball court. In game 6 clincher, Giannis proved he is able to dominate the paint like a center, execute unbelievable blocks, handle the ball like a point guard and lead the offense like a forward. He defended Chris Paul most of the fourth quarter and he was able to make 17 of his 19 free throws.

After game 5 of the finals, Paul said everyone expects Antetokounmpo to miss his free throws, “even himself”.

“People say I can’t make free throws. Tonight I made my free throws and I am a freaking champion,” Giannis said after his victory, using this example to inspire people to follow their dreams and not let anyone discourage them.

Three weeks after hyperextending his left knee, Antetokounmpo was crowned NBA champion and sat in the press conference room with two trophies on his lap, kissing and hugging them.

The Greek phenomenon joined Michael Jordan and Hakeem Olajuwon as the only players in NBA history to win Finals MVP award, regular-season MVP and Defensive Player of the Year.

And he is only getting better…