Welterweight Champion Keith Thurman: A typical day in the life of a boxer. Vegan meals 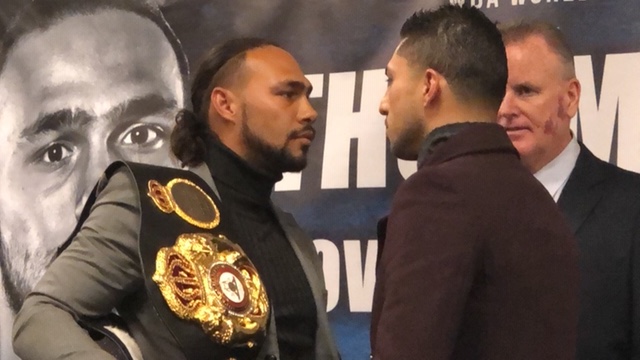 Welterweight World Champion Keith Thurman describes a typical day in the life of a boxer during the month before a fight.
After a 2-year absence due to an injury, the American professional boxer is returning to the ring on January 26th at Barclays Center (vs Josesito Lopez). Thurman talks about his diet, that includes two vegan meals a day and a non vegan one.
The fighter, former unified welterweight champion, holds the WBA title since 2015.

Riverside Rocky Josesito Lopez talks about the daily routine for a fighter. Vegan? Not for me
Undefeated Demetrius Andrade defends his title vs Russian Artur Akavov. The feeling of being on the ring in MSG, a boxing Mecca