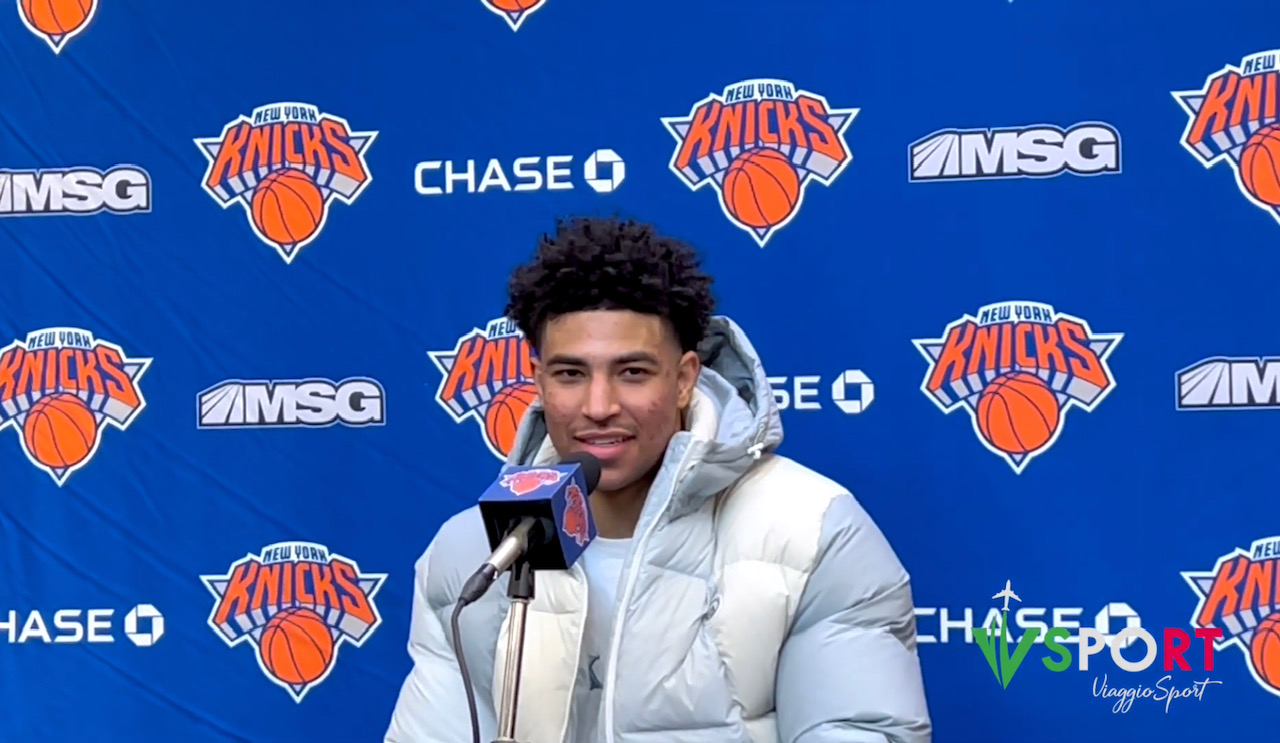 After his 14 points, four rebounds and three steals in the Knicks victory over the Kings on Monday night, Grimes spoke to us in the post game presser.

He told us his role model on the court growing up was his dad, who taught him to take every practice and pick up game very seriously.

“My dad was the one who laid the foundation to my jump shot. He was the one who taught me how to get high on my release, getting a lot of lift,” Grimes explained, giving his advice to all the young players with a big dream: Making it to the NBA. “Every time you get on the court, do not worry if you’re missing shots, don’t worry about turnovers. That’s what helped me last year: Not worrying about anything. Just getting out there and playing, and let the game tell me what I get to do out there.”

Grimes’ coach and teammates adore him. Knicks’ star Julius Randle raved about Grimes, saying is a very talented player and much more than a shooter. “He has a bright future in this league,” Randle stated.

More in the video…

Brooklyn Nets’ future: Is James Harden leaving?
Julius Randle:”We’re in the hunt”. Improvements and change he wants to see in the Knicks
Loading Comments...