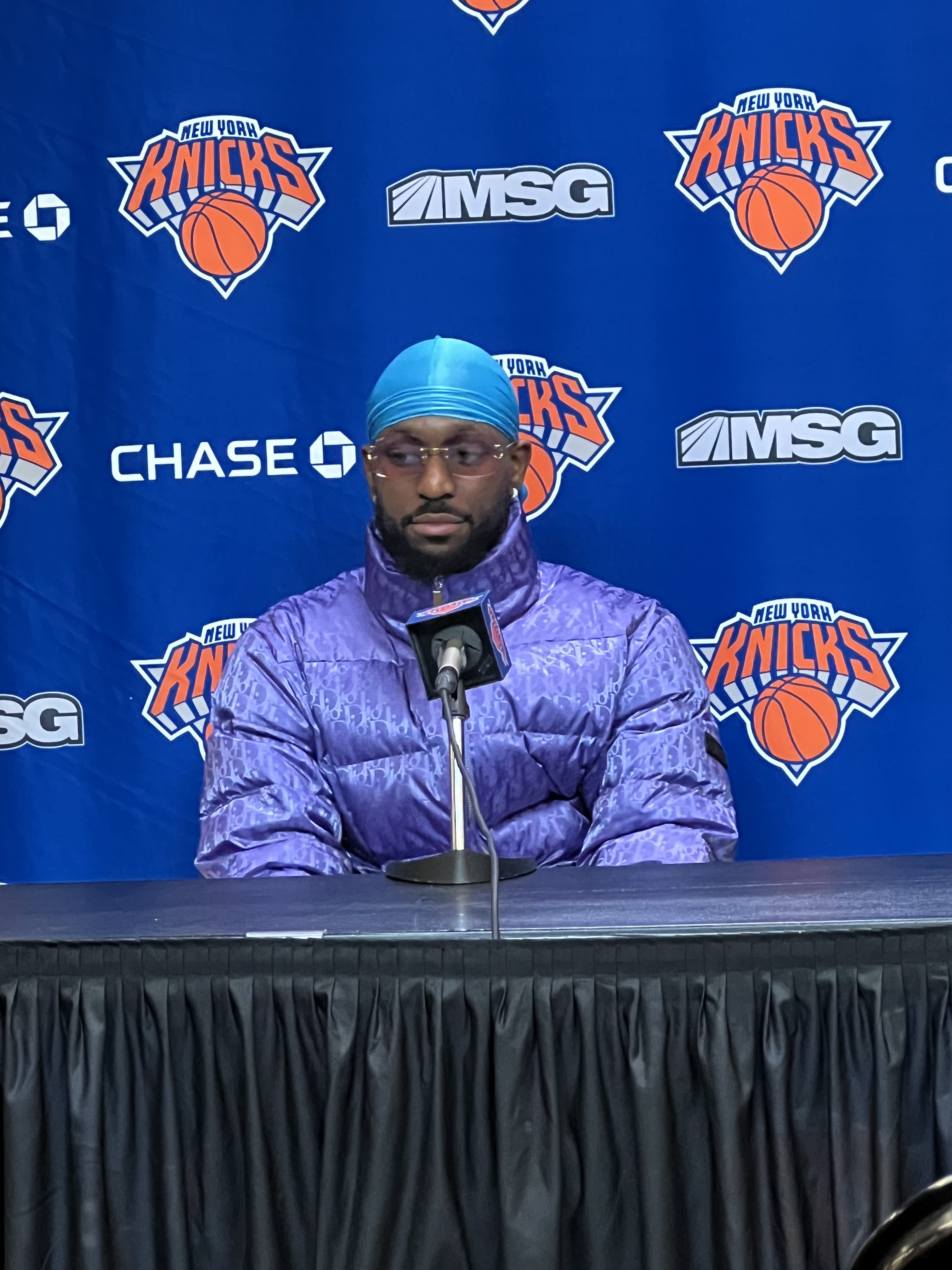 Historic triple-double is Kemba’s first since 2014

Kemba Walker scored his first triple-double since 2014 on Christmas day in Madison Square Garden, leading the New York Knicks in a 101-87 victory over the Atlanta Hawks. With 10 points, 12 assists and 10 rebounds, Walker is the first Knick to ever post a triple-double on Christmas day and the seventh player in NBA history to do so. His tenth rebound was particularly hard to get. “Everybody kept telling me about it. I wanted to get it,” Walker said with a big smile. “They wanted me to get it, but in the heat of the game it’s tough…I was trying to get that thing.”

Walker got emotional in the post-game press conference, sharing some inspiring words.

“It was amazing, one of those moments you dream about,” he explained. “It’s kind of hard to put into words to be honest, but it was very special to just be home, go there and do it from my chest. A New York City kid, born and raised.”

Kemba appreciated the public’s reaction to his performance. “I’m back home. They showed me a lot of love today,” he said after the game.

A few weeks ago, the Knicks removed Walkers from their rotation, substituting him with Alec Burks.

Due to Derrick Rose’s injury, Kemba returned to the starting five and began playing with an aggressiveness we had not seen this year. After playing zero minutes for ten consecutive games, the 31-year-old guard averaged 31.3 points in the three games before Saturday, with a 44-point performance on Thursday. “God just works in mysterious ways,” he commented. “He is blessing me, he is helping me stay humble, grounded. He just got me to a tough situation. I just continued to work. Time goes on and guys go down AND I’M BACK…Back in the starting lineup…Everything happens for a reason.”

The Atlanta Hawks’ star Trae Young and six other players of the team missed the highly-anticipated game against the Knicks due to NBA’s Health & Safety Protocols.

COVID and the NBA. Durant, Irving, Young in protocols. Games postponed
Durant out indefinitely with sprained ligament in left knee