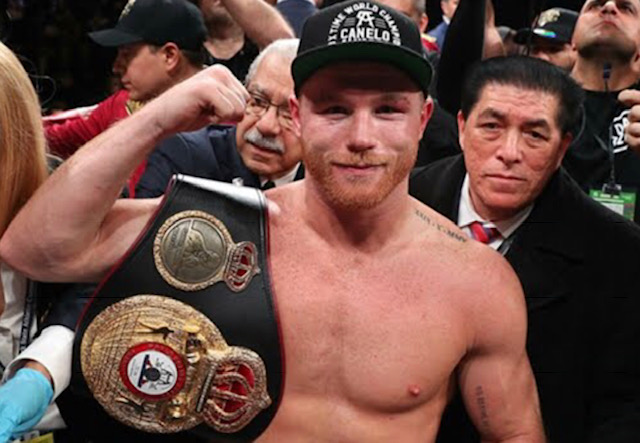 The unified middleweight world champion Canelo moved up one weight class in an effort to conquer another world title. The 28-year-old Mexican boxer from Guadalajara accomplished his mission, becoming the WBA super-middleweight champion in his first fight of his historic 5-year, 11-fight, 365 million deal with sports streaming service Dazn.

With an exclusive contract with HBO until September, Canelo was the biggest pay-per-view star of the post-Mayweather era. After 45 years in the business, HBO decided to dump live boxing coverage, once one of its signature programs.

Canelo Alvarez (51-1-2, 35 KOs) started off the richest athlete contract in sports living up to expectations: with a heavy body attack, he dropped Rocky Fielding four times and delighted the heavily pro-Canelo crowds of 20,112 at a sold-out Madison Square Garden. It was the first non-pay-per-view fight since 2015 for Alvarez, who was coming off the biggest win of his career in September, when he captured the unified middleweight world championship title beating Gennady “GGG” Golovkin in a rematch of last year’s controversial draw.

The 168-pound, 31-year-old British boxer Fielding (27-2, 15 KOs) was defending for the first time the belt he won in July, when he took over the German Tyron Zeuge with a fifth-round knockout.

Canelo was at the heaviest weight of his career, 167.4 pounds, and said he felt “very good and very strong”, because he “didn’t have to dehydrate” himself to get to the desired weight.

The mismatch was evident from the start of the fight, despite Fielding’s 6-inch height advantage. The British fighter has absolutely no answer to Canelo’s crushing display of power.

Moving to super middleweight, Alvarez accomplished his goal of becoming one of the very few Mexican fighters to win a world title in three  different weight divisions.

It’s expected that he’ll move back to middleweight for his next fight, scheduled for May 4th at the T-Mobile Arena in Las Vegas.