Ja Morant: Being an All Star starter and making my NBA dreams come true. Jaren Jackson & coach on Ja 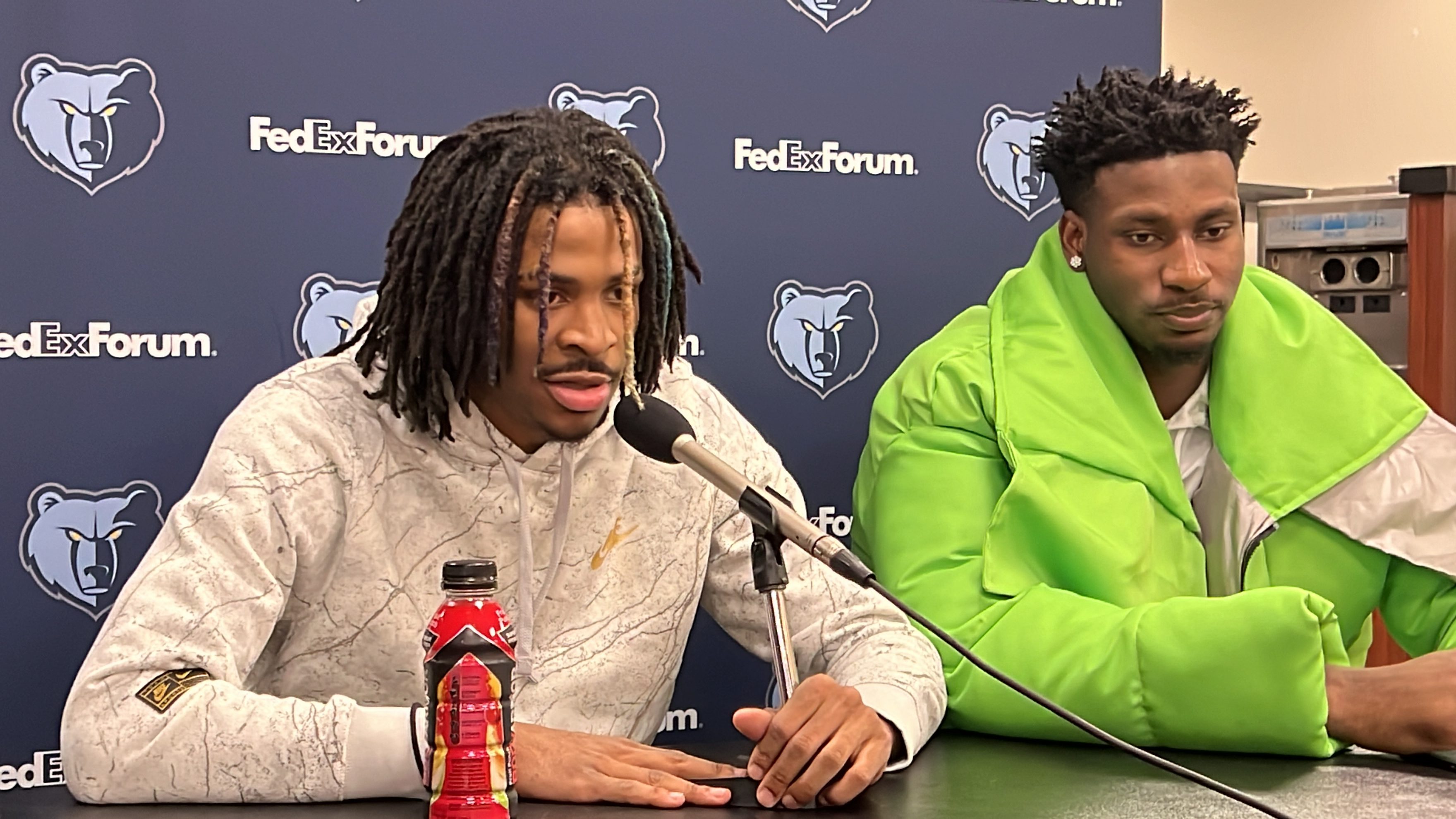 Ja Morant talks about how it feels to win at Madison Square Garden.

He mentions his “never satisfied” mentality. He says he played like s… tonight, but his teammates won the game. The number 2 pick of the 2019 NBA Draft describes what it means to him to be an All Star game starter this year and to be making his dreams come true. It all started with being able to get into the NBA…

After the win over the NY Knicks at the Garden, Memphis Grizzlies’ coach Taylor Jenkins describes Ja’s progress in these two and a half seasons in the league. He mentions the fact Ja is never satisfied and his work ethic as some of the main reasons of Morant’s success. Jenkins thinks Ja should be one of the candidates for Most Improved Player of the Year.

Although Ja thanks his coach, he says the most improved player of the year should be his teammate Desmond Bane. He adds that the player seated next to him, Jaren Jackson Jr. should be named Defensive Player of the year.

In addition, Jaren Jackson Jr. talks about how impressive it is to see Ja play and watch his amazing progress and humbleness. Beautiful and touching.

Julius Randle:”We’re in the hunt”. Improvements and change he wants to see in the Knicks
Grizzlies brotherhood. How Ja & teammates helped Ziaire get out of a slump