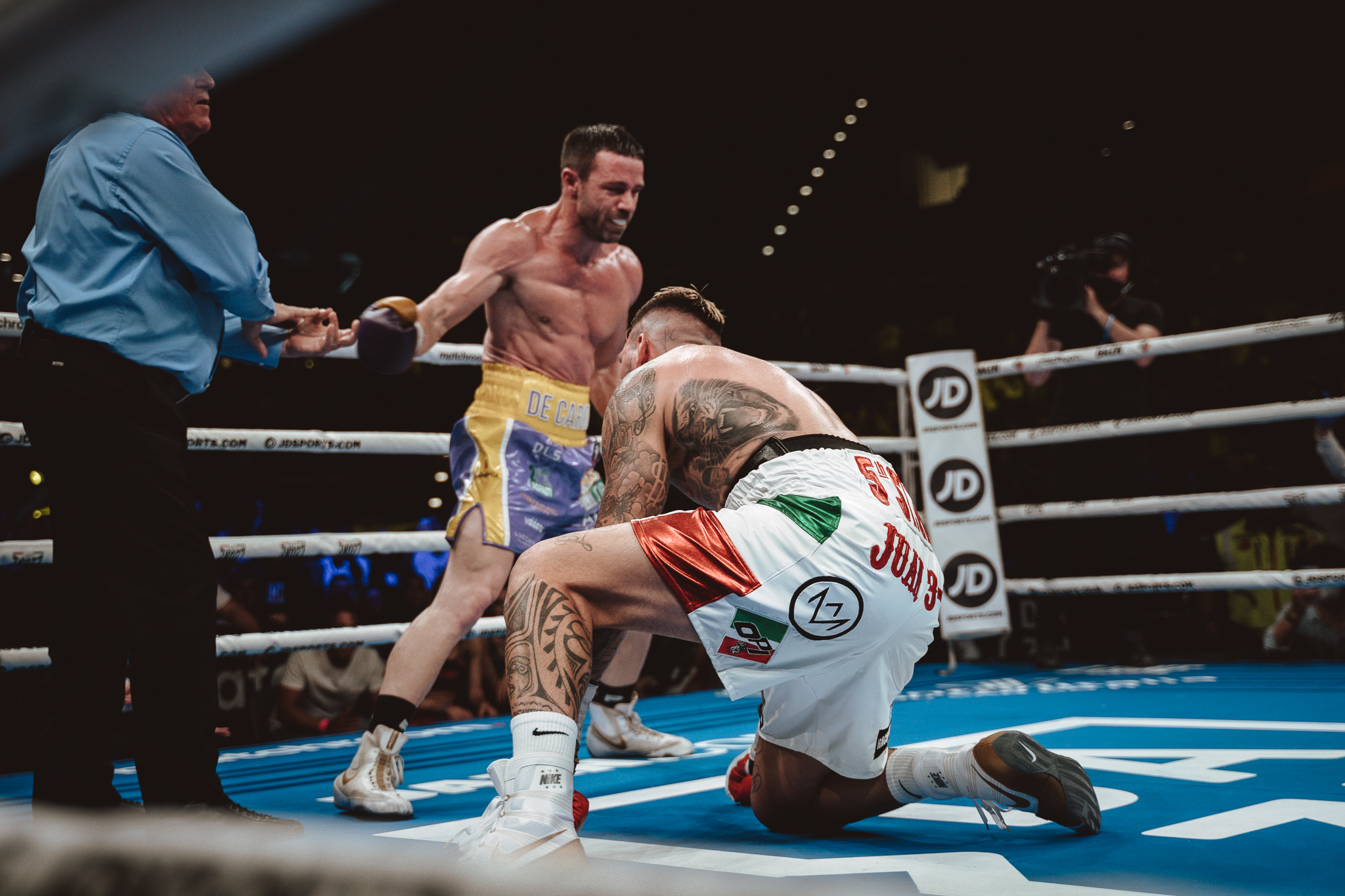 Former WBA World super middleweight champion Giovanni De Carolis dominated WBO Intercontinental champion Daniele Scardina for five rounds at Allianz Cloud in Milan, Italy, in front of 5,000 fans (about 1,000 coming from Rome to support De Carolis). Promoted by Opi Since 82-Matchroom-DAZN, the bout was considered a potential fight of the year in Italy. And certainly it was.

De Carolis attacked Scardina from the beginning and won every round. He dropped Scardina at the end of the fourth round and again at the start of the fifth. The referee had no choice but to stop the action.  Now, De Carolis moves to 31-10-1 (15 KOs) while Scardina goes to 20-1 (16 KOs).

Scardina was n.10 in the WBO rankings and now that position should go to De Carolis. Exciting atmosphere in the arena, with many fans chanting like if they were in a soccer stadium.

Very unusual for a boxing match in Italy.

Unexpectedly, so many people came from Rome to support De Carolis. Many of them jumped off their ringside seats and watched the entire fight standing up. They never stopped yelling “Giovanni, Giovanni”. Of course, Scardina’s fans responded chanting “Daniele, Daniele”. Moreover, many show-biz stars were ringside and photographers were busy. All this created a unique event, attended not only by boxing fans but by people who watched boxing for the first time and who will certainly come back for the next show at Allianz Cloud.

In the main supporting bout, European super bantamweight champion Mary Romero defeated on points Maria Cecchi. The fight was disappointing for the two competitors and for the fans with a lot of rough action including an heabutt by Maria Cecchi.