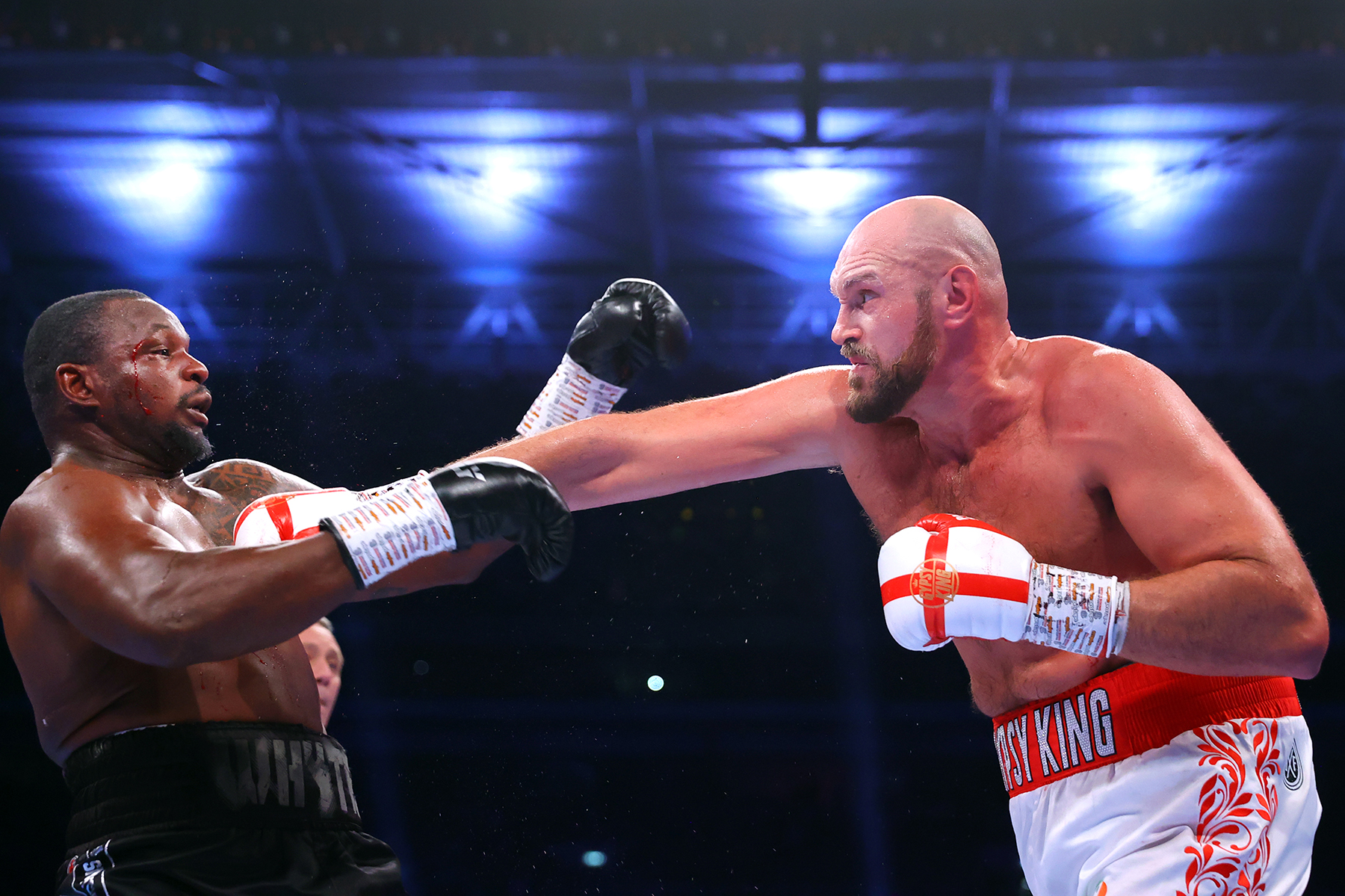 A powerful uppercut followed by a little push did the job, sending 34-year-old Whyte to the canvas.

Fury solidifies his place the top of the heavyweight division

Fury confirmed once again he belongs to the top of today’s heavyweight division. His homecoming fight at Wembley after three years of absence from the UK was welcomed by 94k fans. The crowd booed his opponent and cheered at every well-placed punch thrown by the Gypsy King. Whyte “didn’t fight a world champion tonight. Because I ain’t no world champion. I am a legend in this game,” Fury said.

His ring walk was a joyful, pompous masterpiece of entertainment. Fury could have the possibility of unifying the heavyweight division facing the winner of the Usyk-Joshua clash. Instead, he is opting for retirement.

Is Fury really ready to retire and give up his happy place?

Having said he is at his happiest when on the ring, is Fury really ready to give up the adrenaline, the lifestyle, the ring and retire? What did it take to be above all other human beings that tried to beat him during his outstanding career? “I feel at home in that ring, I feel like a dolphin in water in that ring,” Fury told VSport after the fight. “It’s what I do best. It’s what I was born to do. People are born and they never find a goal and God. Some people do, some people don’t, but I really do believe I was always meant to be the heavyweight champion of the world. There’s nothing else I was ever gonna be.

From being a little boy, I was always destined to be the heavyweight champion. There was nobody that didn’t believe it. My family all believed. So it has been a very special career to me,” he explained. Fury added he is happy with his decision to retire and is ready to be home with his wife and kids. “I spent a lot of time on the road,” he said. “I have been away a long time. I fulfilled everything I wanted to fulfill.

I am gonna retire as the second heavyweight in history after Rocky Marciano to retire undefeated.” Fury remembered when he used to say “I am happy I am retired,” before coming back to the ring. “It has been amazing. It has been a fairytale for a few years. It has been absolutely more than I have ever dreamed of as a kid and as an adult.” The 33-year-old 6’9” fighter didn’t rule out exhibition fights. “It’s where Floyd made all the money,” he joked.

It’s not about the money or legacy

But then he pointed out it has never been about the money or legacies for him, but just about “punching a motherfucker’s face, excuse the language”. “All I ever wanna do is win,” he added. “The money aside. Money is beautiful, great. It’s great to be paid for what you do…It changed me as a person? No? Do I need a mansion and a Rolls Royce? I don’t. I got them but I don’t need them.” Fury explained that what matters is who you are as a person, your heart and soul.

Fury jokes about his belly fat

“I have been the underdog my whole life. Look at me, my fat is…,” Fury said while jokingly pinching and shaking the fat on his belly. “The fat man can fight. No matter how many times people put you down in life, never pay attention to it because it doesn’t mean anything. Because I have proved, as just a normal looking man – average Joe- that anything is possible.

No matter where you are in your life, how dark of a place you’re in – it doesn’t get any darker than committing suicide and I was there. To come back and to lose all that weight…to get mentally well again and regain the crown jewels in boxing has been a fantastic career. You should never let anybody crush your dreams because anything is possible and I am definitely proof that it’s true.”

Trimmed-down Tyson Fury promises “a real war” in showdown with Whyte at Wembley
Taylor-Serrano. Boxing and women’s sports history to be made at The Garden
Loading Comments...