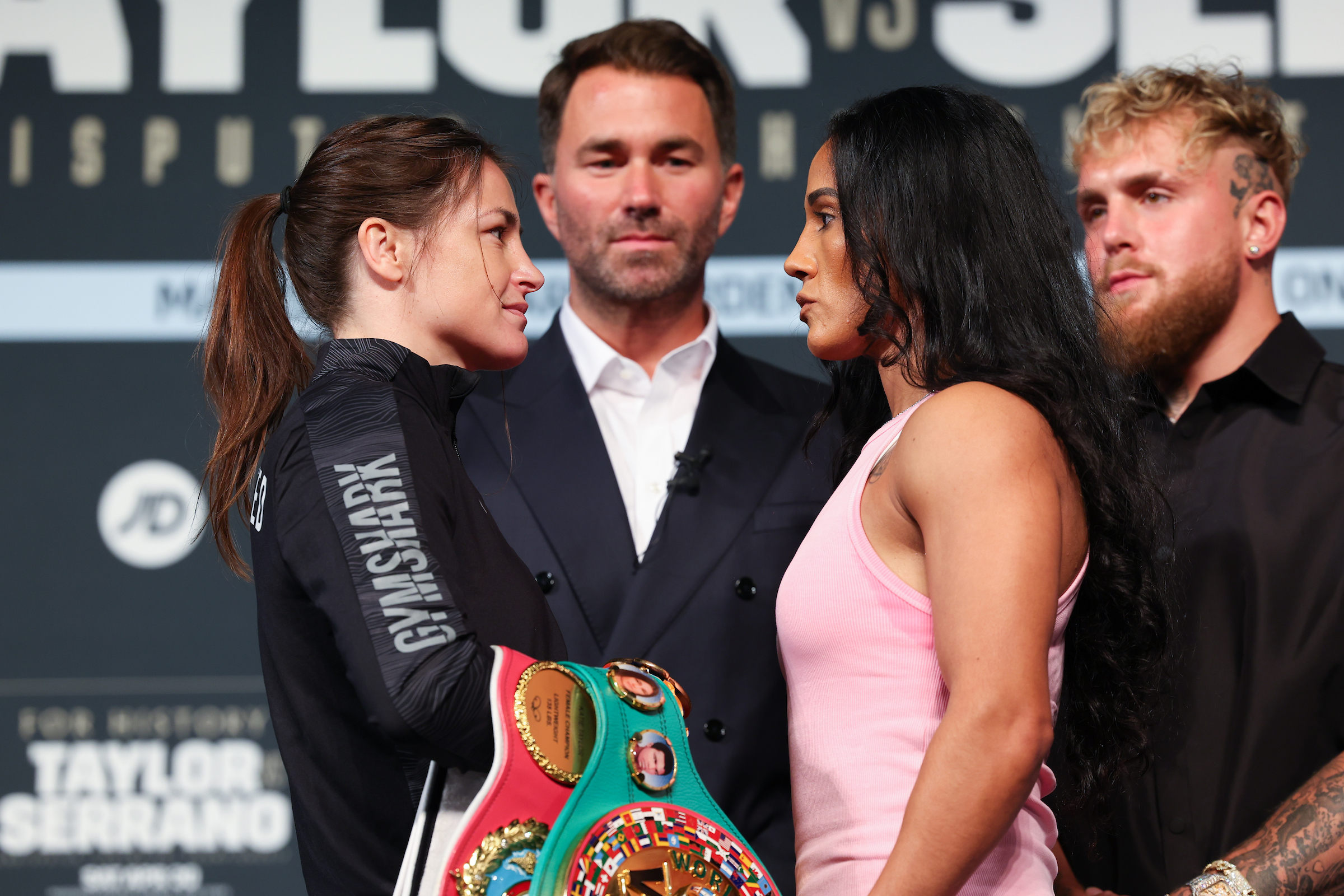 This Saturday, boxing and women’s sports history will be made: For the first time in its 140 years, the iconic Madison Square Garden will host a boxing event headlining two female fighters.

Undisputed lightweight champion Katie Taylor will defend her titles against seven-weight world ruler Amanda Serrano on April 30 to end the Puerto Rican night at The Garden.

This epic battle between the pound-for-pound n.1 and n. 2 women fighters in the world will be the biggest test for Irish sensation Taylor (20-0-6 KOs), who will put her lightweight belts on the line for the sixth time since winning them in 2019.

Serrano (42-1-1 30KOs) is the only female and Puerto Rican to have won world titles in over four weight divisions. The 33-year-old star holds the Guinness World Record for the most boxing world titles won in different weight classes by a female. She got nine world championships in seven weight divisions.

The pair faced-off for the first time on Tuesday at the Empire State Building, which will be lit in their honor on fight night, with a mix of Irish and Puerto Rican colors.

Taylor weighed-in at 133.6 on Friday, while Serrano’s weight was 134.6. The atmosphere at The Garden already felt “like a Canelo fight” during the weigh-in. “I am still the world champion,” 35-year-old Taylor pointed out on Friday.

“The atmosphere is always electric at MSG. You can almost feel those iconic moments from the past when you are there. There’s going to be a lot of Irish fans in the building, I think it could easily be a 50-50 crowd with a lot of Amanda’s fans too, so it’s going to make for an amazing atmosphere.”

The two boxers are likely going to inspire a lot of women, the younger generations in particular, motivating them to keep pursuing their dreams.

As a kid, Taylor had to pretend to be a boy in order to fight

During the main press conference, Taylor explained she had to pretend she was a boy in order to get fights when she was younger. “Women’s boxing wasn’t even a sanctioned sport in Ireland,” she said. “Now here we are many years later headlining MSG, the most iconic venue in boxing. Making history as the biggest women’s boxing match in history is just incredible.”

“The fact that this is going to be a sell out on Saturday night, there is a great appetitive for female fights and this is very special. It’s the best versus the best and it’s just a great boxing match. This isn’t just the best female fight you can see right now – it’s the best fight you can watch right now, male or female,” Taylor added.
“The best part about this fight is being able to inspire the next generation. This fight on Saturday night is going to inspire a lot of young girls and that to me is the best part about this,” Taylor explained

Another MSG fight for Serrano. This is for the fans, for women

It will not be the first MSG fight for Serrano, who said she shines under pressure.
“I couldn’t ask for a better place to make history once again. Sitting here I made history. I won my golden gloves here at the Hulu Theater,” Serrano explained.

“One of my goals is to become undisputed champion and she has that and I’m going up, once again, two divisions to fight one of the best fighters in the world.

It’s been an amazing long journey getting here to fight Katie Taylor. Timing is no better than right now. I am so looking forward to Saturday.

We are probably the two nicest fighters. There is no bad talk between me and Katie Taylor because the fights are won inside the ring, not outside. We don’t need to talk bad about each other.

Our accomplishments got us where we at right now and we are making history together. No matter what happens on Saturday night, this is for the fans, women in general, and women in boxing and women’s boxing is only going to grow more.”