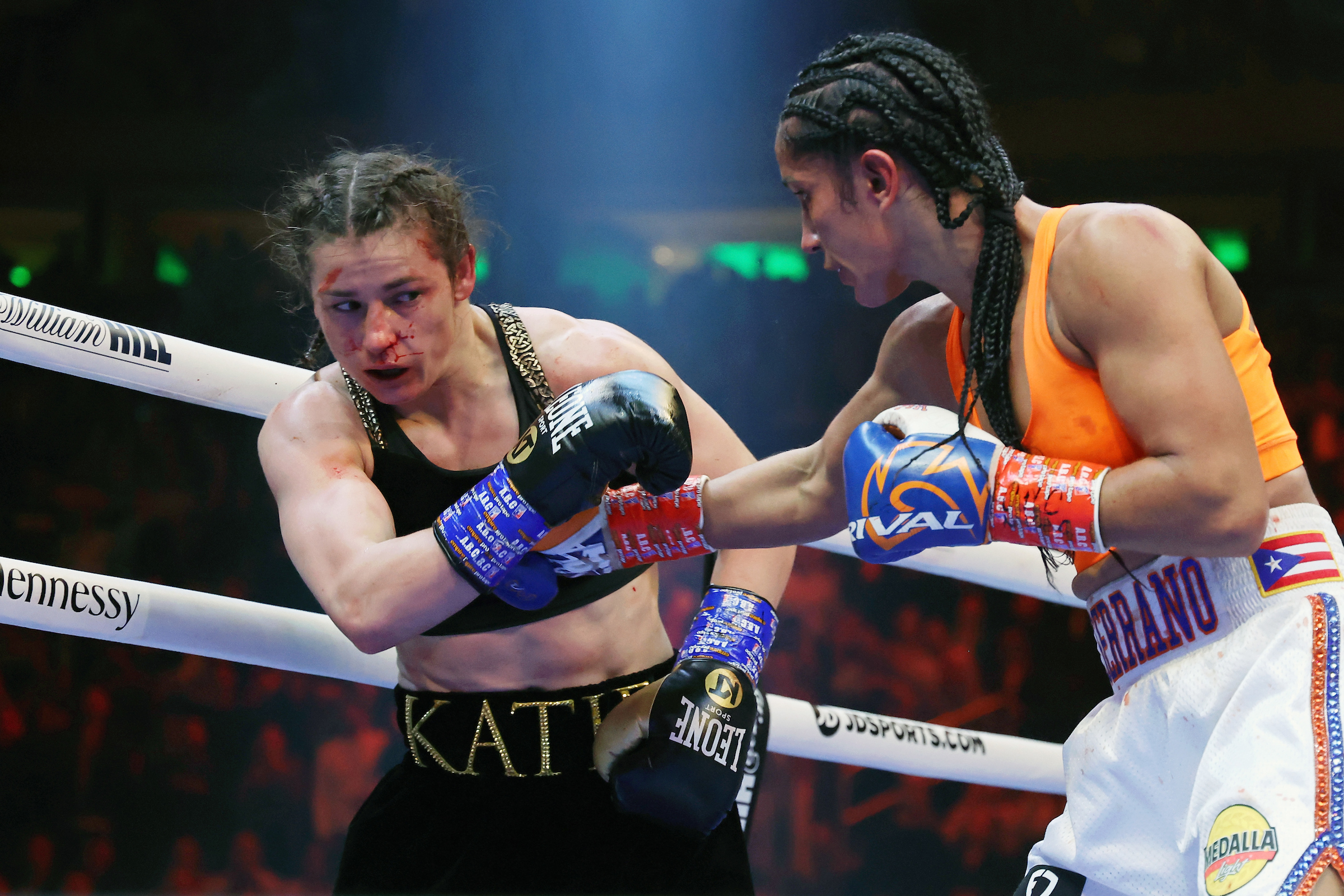 One of the best fights in history

The bout became an instant classic and will go down in history not only as the biggest female boxing fight, but also as one of the best boxing fights ever.

The atmosphere in the world’s most famous arena, with an attendance of 19,187 fans, was incredible. An overwhelming presence of Irish fans during MSG’s Puerto Rican night. Irish fighter Taylor was grateful for the support. “The biggest night of my career for sure,” Taylor commented. “People will absolutely be talking about myself and Amanda Serrano for years and years to come.”

Amanda Serrano proud of having made boxing history

Aware of having made boxing history, her Puerto Rican challenger Serrano put up an incredible fight and appreciated every second of it. Even the boos coming from Taylor’s fans at The Garden. “Women can sell, women can fight and we put on a hell of a show,” Serrano said. About the split decision she just commented “It is what it is. I’d have to watch the fight. But I don’t like watching my fights.”

In the fifth round, she took heavy shots from her opponent. A stoppage seemed imminent, but Taylor was able to come back, despite being wobbled and bloodied.

During the last round, the fighters exchanged a never-ending series of power punches. The public was exhilarated, loud and stunned.

Visibly exhausted, they ended their clash with a hug as soon as the final bell rang. Taylor won on two of the judges’ cards 96-93 and 97-93, while Serrano won 96-94 on the other.

Eddie Hearn: One of the biggest fights in boxing

“The biggest female fight of all times and it became one of the biggest fights in boxing,” Matchroom boxing promoter Eddie Hearn said. “We witnessed one of the greatest fights in the history of Madison Square Garden […] one thing people keep talking about is the noise. Not just how many people were there but the noise and the passion. And that’s what makes a great event,” he added. “Luckily enough I promoted two events in MSG’s main arena. One was Joshua-Ruiz, which hurt badly. But it was still an event that people will remember for the rest of their lives. And tonight, Taylor-Serrano is a fight people will remember for the rest of their lives. As a promoter, you can’t ask for more. People leave the arena getting value for money but also memories that they will remember forever.”

Inspiring the young generations and women

It was a 10-round fight with two-minute rounds, one minute shorter than men’s. Originally scheduled for May 2020, the clash was postponed due to the pandemic.

Serrano came up two weight categories to get this fight. A world champion in seven weight divisions, she got her first loss since 2012. Last year she successfully defended her WBO and WBC featherweight belts.

In a male-dominated sport, what have been the main difficulties for Kathy to get to this point? What does it mean for her to be an inspiration for so many women with big dreams and especially for young girls? Watch the video.