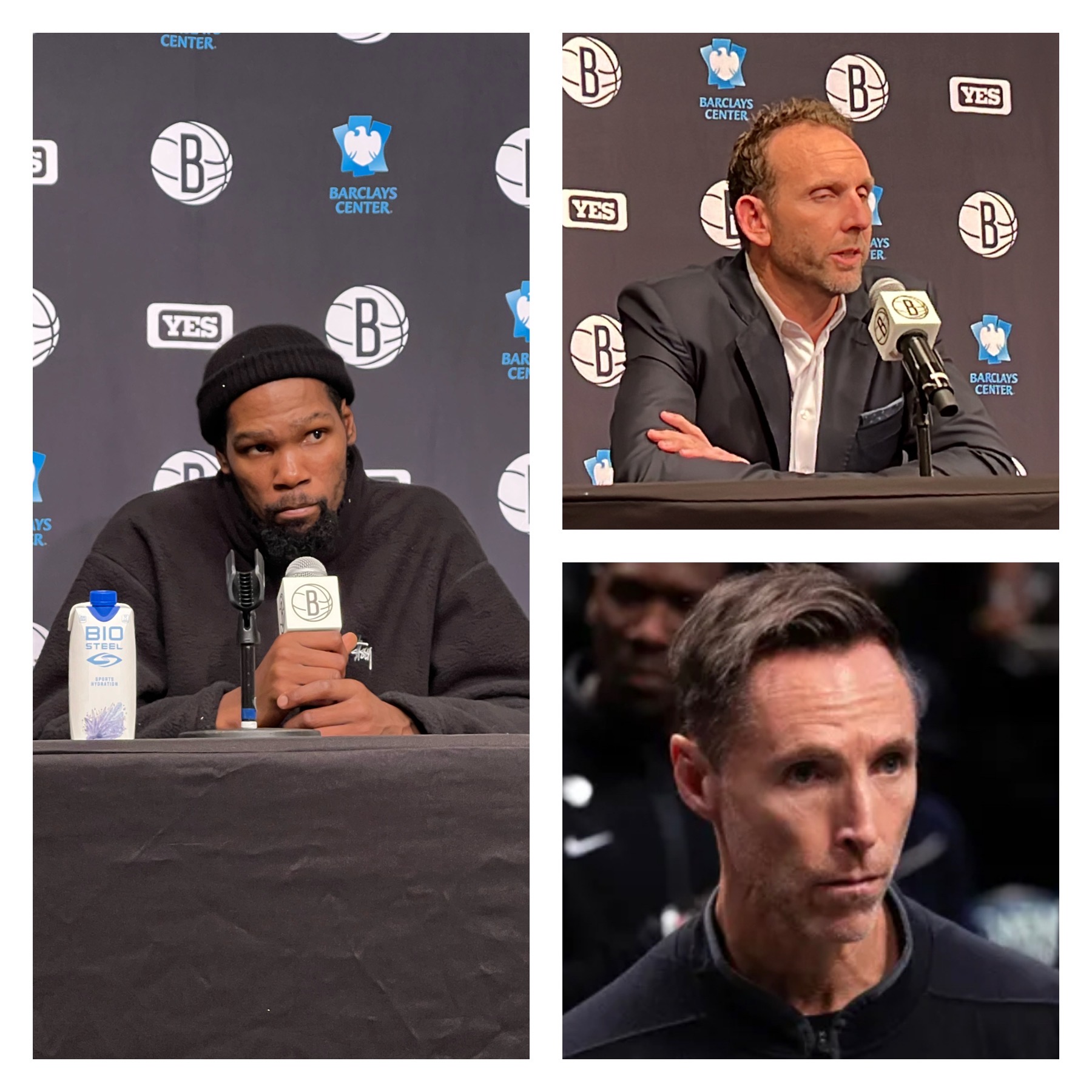 Is Ime Udoka the new coach ?

Have the Brooklyn Nets already decided who is going to be their next coach? “Absolutely not,” general manager Sean Marks said to the press on Tuesday at Barclays Center.

Nevertheless, ESPN, the Boston Globe, The Athletic and many other media outlets are spreading rumors that Ime Udoka is going to be Brooklyn’s new coach.

Sean Marks on the coach decision

When asked about Udoka, who was suspended by the Celtics before the start of the season for an affair with a staff member and internal code violation, Marks didn’t confirm nor deny.

He explained why he decided, together with Steve Nash, that it was time to part ways. Marks described what the team is looking for in the new coach and how they’re hoping it could benefit the franchise.

The Brooklyn Nets players weren’t consulted on the topic and weren’t aware he had left the team until Tuesday afternoon. They seemed pretty surprised.

Kevin Durant said he found out about Nash being out only at 1:15 P.M. on Tuesday. After his pre-game nap, he turned on the TV and saw it on ESPN. He didn’t get a chance to speak with Nash.

“I am shocked. You’re always shocked when a move like this happens,” he commented after the Nets’ loss to the Chicago Bulls at Barclays Center.

“But I was about to get ready for the game…You can’t think too much about it, but it was on my mind for a little bit today.”

During the Summer, the 12-time All Star and 2014 MVP had asked the team to fire head coach Nash as a condition for his permanence with the Nets.

What didn’t work out for Nash with the Nets? “A lot of stuff. We didn’t have a healthy team. We just didn’t play well. And that’s what happens in the league. Shit happens.

‘It just didn’t work out”

That doesn’t take away from Steve’s basketball IQ, how he teaches the game. I don’t think it takes away from anything. It just didn’t work out,” he added.

Durant explained that after a rocky season last year, a difficult Summer and a tough start this season, everyone is being evaluated and that’s just a natural process in the NBA.

“I liked working with Steve. It was a rollercoaster the last few years, but the core – basketball – is something we all love to do. Regardless who the coach is, regardless the circumstances we have to come to work. I enjoy coming to work with Steve,” Durant stated with a touch of diplomacy.

“We come to work every single day. Guys ask for trades. Coaches get fired. We had disagreements in our locker room. It happens in the NBA. But at the end of the day we all came to work. It just didn’t workout on the floor.”

What coach is he hoping to get? “I just want a good coach. I am sure Sean (Marks) and the staff will do a good job to try to figure that out.”

Joe Harris said it is definitely tough and everyone in the locker room loves and appreciates Steve and everything he gave to the Nets organization. “Sometimes it’s a difficult business. The head coach is similar to big companies’ C&Os. It’s what happens when things are not going as expected or you’re not up to the level the organization has set for itself.”

Paolo Banchero proud to be Italian. Will he really play for team Italy?
Celtics might lose Udoka to the Nets. Tatum, Smart’s reaction