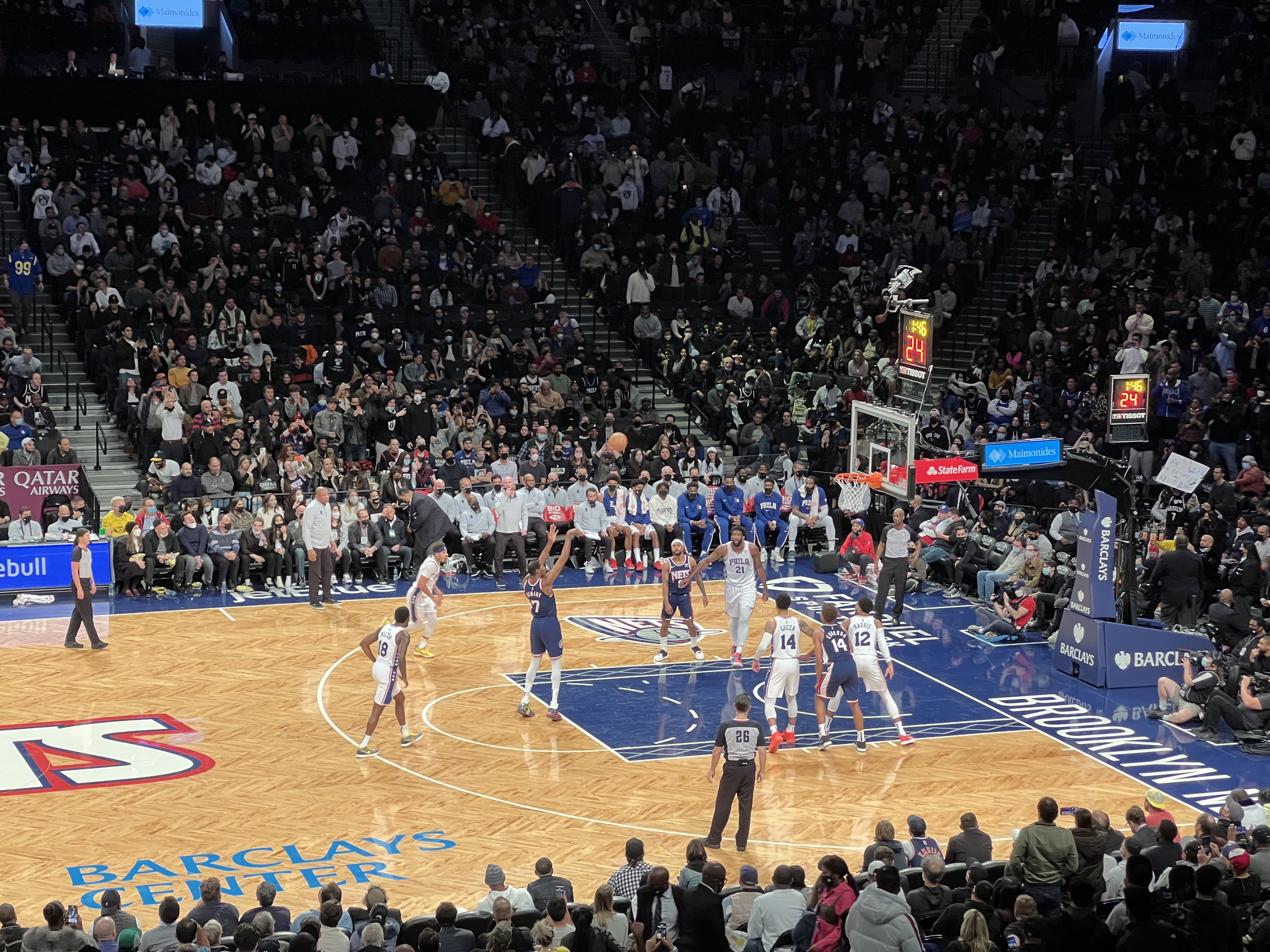 Kevin Durant led the Brooklyn Nets to a 114-105 win over the Philadelphia 76ers on Thursday night at Barclays Center. The 2014 MVP went off for 34 points, 11 rebounds and eight assists. The two previous games and wins, Durant made 51 points against the Detroit Pistons and had a 34-point triple-double against the Toronto Raptors. Brooklyn is on a four-game winning streak. The Nets won 21 of their first 29 games this season and have the best record in the Eastern Conference.

Griffin: Durant “demoralizing for a defender”

Six-time NBA All Star Blake Griffin – who scored 17 points – described his teammate Kevin Durant as “the most unaffected basketball player” by any opponent’s defense a quality he described as “demoralizing as a defender” because “he gets everybody’s best defender every night, double-team or whatever it is. High difficulty shots. He just goes over and shoots, like nobody is there.”

Meanwhile, Nets coach Steve Nash appeared concerned about the workload and the amount of minutes Durant has been playing. The Nets have now seven players out due to COVID-19 health and safety protocols, including starting center LaMarcus Aldridge, starter DeAndre Bembry and power forward James Johnson. “I don’t know we can continue to lean on him the way we have. It doesn’t feel right,” Nash said. “I know he’s enjoying it. I know he’s enjoying playing at the rate he’s playing at and trying to bring his teammates along with him and all the responsibility that he’s accepted and crushed, basically. It’s just been incredible. But, at the same time, it’s not safe or sustainable to lean on him like that. There’s gonna be a lot of consideration and we’ll have to figure out ways to give him breaks.”

33-year-old Durant is averaging 36.9 minutes per game, with a season-high 48 minutes in Tuesday night’s OT victory over the Raptors.

“I love playing, I like being out there. A challenge, a win: It is fun to me,” Durant said after the game.

The Brooklyn Nets have to make sure they keep their superstar healthy as the season is long and they hope to win their first championship. After his devastating Achilles injury during the 2019 NBA finals, Durant missed the whole 2019-20 season and he only played 35 regular-season games last season due to hamstring issues.

Nets: 7 players out due to COVID protocols

With Joe Harris still recovering from his ankle surgery and seven players out for at least another week because of the NBA’s COVID protocols, the Nets have to look for a solution to avoid overworking Kevin Durant. With Kyrie Irving not helping the team for failure to fulfill  New York City’s COVID-19 vaccine requirements, what will be the solution?

So far, the rookies have been giving a good contribution. “They have been dreaming of this moment their whole lives,” Durant said.

Signing veteran Langston Galloway with a hardship waiver on Wednesday allowed the Nets to have nine available players, just above the threshold to be able to play the game.

Is this a real advantage?

“The question is we’re above the threshold, so to speak, which is positive,” Nash said before the game.

The NBA requires a minimum of eight healthy players for a team to play. “At the same time, we’re barely above the threshold. So what toll does that take on our players? Is it better to be over the threshold and to not be playing until you have a healthy roster or is it better to have enough to play but to be short-handed and the burden and the toll that takes on these guys and knowing that you’re going to have guys coming back who haven’t been able to practice or play basketball? So it is definitely tricky to navigate,” Nash added.

Nash will have to find a quick answer to his own questions.